Before the highly anticipated return of Vikings’ sixth season, Torvi star Georgia Hirst landed her next role in the middle of the first coronavirus lockdown. Interactive experience Five Dates is now available on all gaming platforms, including PS4 and Xbox, and Hirst has opened up on the challenging remote shoot.

Georgia Hirst revealed she had to get incredibly hands-on for her role in the new interactive romantic-comedy, Five Dates.

The Vikings cast member stars as Grace, one of five women players can try to impress via video dates as the film’s lead, Vinny (Taheen Modak).

As most film and TV productions were shut down amid the outbreak of coronavirus back in March, director Paul Raschid took full advantage of the situation with his experimental new project.

Five Dates presented its cast with a number of hurdles, as all of its over 700 unique scenes were shot by the cast. 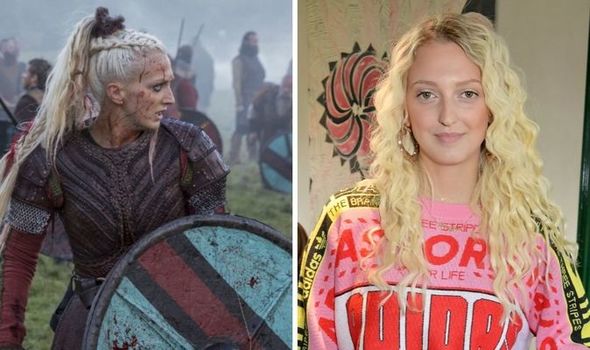 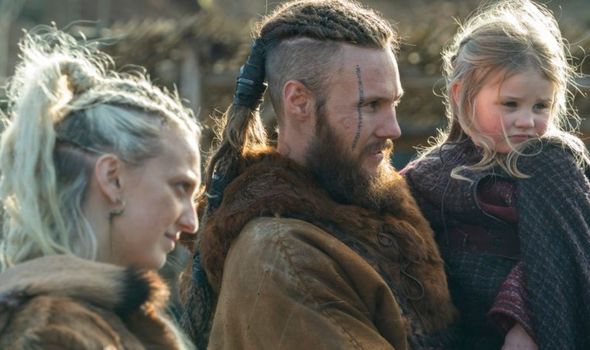 Thankfully, Hirst’s history with the emerging filmmaker helped ease the challenging process, as she revealed exclusively to Express.co.uk.

She explained: “I worked with Paul Raschid before on another interactive project about a year before, so I sort of knew he was fascinated by this whole interactive thing, and I trusted the way he worked.”

However, the Vikings star still had to do a lot of the work herself, as Five Dates was shot in the height of the UK’s first lockdown.

Hirst continued: “We were sent our cameras, our costumes, our lighting, our sound. Obviously with the help of them directing us through it, but I felt like I was doing it all myself.” 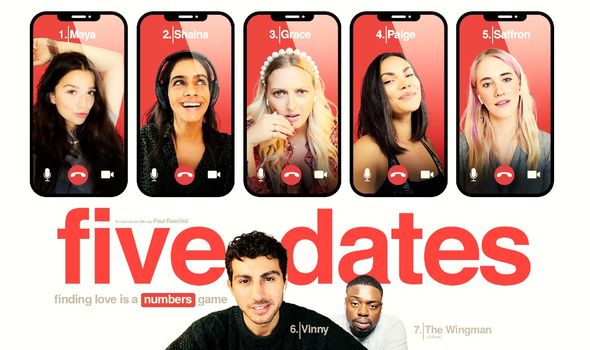 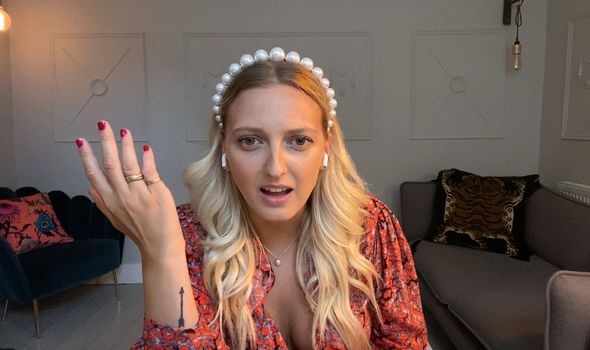 The British star had completed her time as Viking shieldmaiden Torvi, and shot her scenes from home in the UK.

Although she had plenty of guidance from filmmaker Raschid, her character’s look and surroundings were all handled by Georgia Hirst herself.

She also confessed: “I’m so bad with technology so the fact that I made it happen was a miracle.”

Five Dates’ unconventional desktop style also meant the co-stars were unable to look at each other, so Vinny’s chemistry with his five potential matches was all portrayed through dialogue.

Hirst continued: “We were shooting on an iPhone but he was on Zoom with me. So that was a bit of a struggle, because you can’t even look at that other person, you have to sort of imagine you’re doing it.”

Not being able to act alongside her co-star in person and on location may have proven a huge risk for Georgia Hirst before the pandemic.

As families and friends were forced to communicate long-distance through webcams more often than usual this year, the actress was able to adjust to the demands of the unusual shooting format.

Hirst added: “In time you got used to it, and I had the director in an earpiece listening to his direction, so it wasn’t like they left me to my own devices.”

“Because of the exceptional circumstances that we were all in lockdown, and the only way I was communicating with friends and extended family was via Zoom or FaceTime, I was in that mode. It didn’t seem foreign to me.”

The sixth season of Vikings delivered its devastating midseason finale back in February, and it’s hoped the final instalment will continue in early 2021.

Meanwhile, fans of the show can try and win over the Torvi star in her new project, or find love with four other potential virtual soulmates.

Vikings season 6 will return in 2021 on History and Amazon Prime Video.

FIVE DATES is released worldwide for digital download on Windows & Mac via Steam, PS4, Xbox One and Nintendo Switch on 17 November and IOS/Android 2021.