Viewpoint introduced viewers to DC Martin King (played by Noel Clarke), who set up surveillance in the home of Zoe Sterling (Alexandra Sterling). The police officer’s task was to observe activity going on inside a flat that belonged to a missing person, a primary school teacher called Gemma Hillman (Amy Wren), located adjacent to Zoe’s home. With the subject’s partner Greg Sullivan (Fehinti Balogun), still living at the property, the detective needed to get intel on whether he was involved in the disappearance. However, ITV viewers were more distracted by a scene that came later on in the episode than the drama unfolding across the hour.

DC King was in the midst of his surveillance, situated in Zoe’s daughter’s room when he received a call to say his son was in the hospital.

He had left the long-lensed camera running and told Zoe not to enter the room as his work was confidential and should not be interfered with.

It wasn’t long before she broke the rules as Zoe was seen snooping around the room and having a look through the camera.

There was a big development, however, when she saw an unknown woman entering Gemma and Greg’s flat and made a call to Martin.

Waiting for his child to be seen too, the police officer was miles away from his post and so he instructed the single mother to do his work. 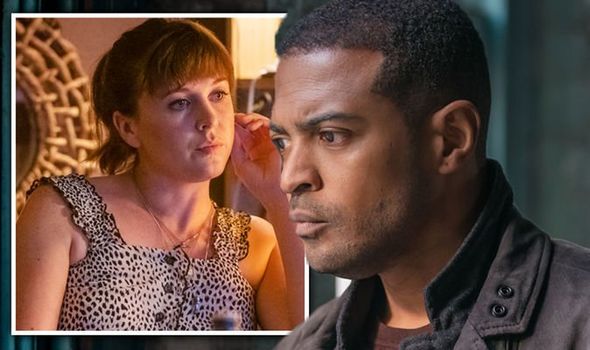 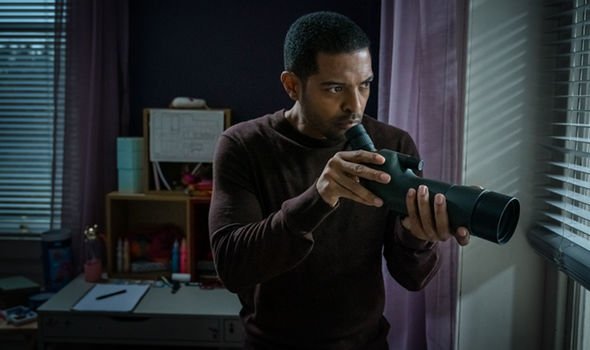 Unfortunately, when he asked Zoe to get the vehicle registration for the car the unknown woman had turned up in, the camera went dead.

With no other option, Zoe ventured outside to see if she could take a picture of the number plate without being seen.

Taking to Twitter, viewers branded the drama as “unrealistic” as they couldn’t believe the camera wasn’t charged and a regular civilian was doing the work of a detective.

One wrote: “#Viewpoint as if the surveillance guy has left his post and is now asking the flat owner to do his job…Utter nonsense!” 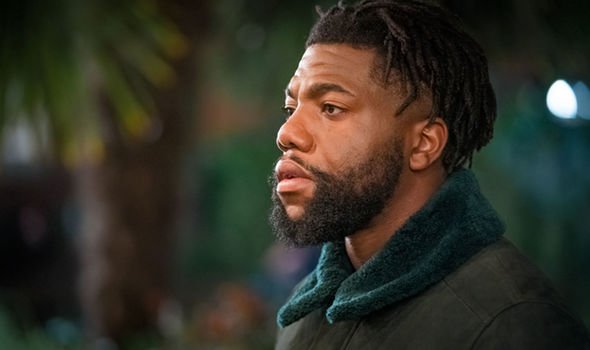 I don’t get this

Another added: “#Viewpoint is this programme for real? The surveillance camera battery runs out, but she can’t take a photo across a narrow road with her phone?

“Same with the reg for the MG, use yours or run downstairs and note it down! Unrealistic pish,” they continued.

“Oh dear me, no. A surveillance officer wouldn’t behave like this. Getting jolly cosy with the flat owner? Giving up. #ViewPoint,” a third commented.

A fifth remarked: “Think a professional might have his cameras plugged in and charging continuously (heck, a decent amateur would know to do the same) #Viewpoint.”

“#Viewpoint #Viewpoint I don’t get this. A member of the public doing the police surveillance work,” a sixth shared. 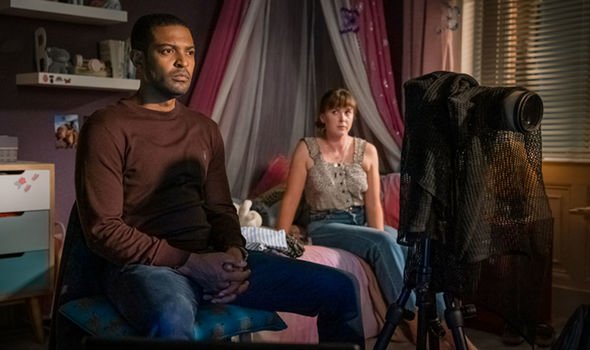 After covering for Martin and stating he had been at the flat all night, Zoe decided to get a lot closer to Greg.

This put her in a dangerous position as she had no idea if he was capable of committing murder and getting rid of his partner Gemma.

Martin, who was at his post, could see Zoe was going to enter the flat and rang her to give her an excuse to get out.

Unfortunately, she decided she was going to confront her fate and put the phone down before entering the property.

Speaking about the new five-part drama, the actress who plays Zoe, Alexandra explained her character’s relationship with Martin as having a “spark”.

She said: “Martin is buttoned up so tight he could pop and always follows the rule whereas Zoe is more of a free spirit and knows how to let her hair down.

“Unknowingly, they are looking for those same kind of traits in a partner. They’re thrust together in this claustrophobic space with all the drama going on outside but the energy between them is sparky.

“There is a definite chemistry,” she told Bradford Zone, so will Martin be able to keep Zoe safe?