Tom Pollock was not your ordinary studio chief. Trained as a lawyer, Pollock chaired Universal Pictures for nine years (1986 to 1996) and went on to partner with Ivan Reitman’s Montecito Picture Company, chair the Board of Trustees at the American Film Institute, and teach at the University of California, Santa Barbara. Pollock steered Universal through a rich and storied period, and took risks that many studio chiefs would not. He died of a heart attack on August 1. 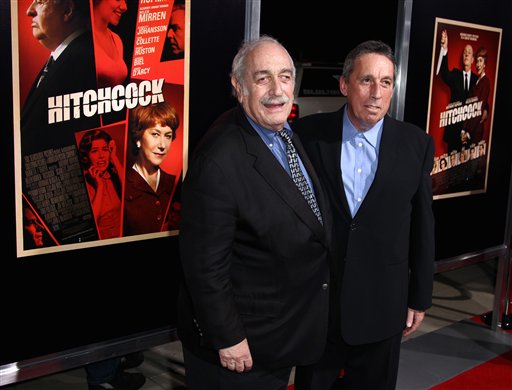 Several films under Pollock’s watch faced controversy. He had to white-knuckle through the trouble-plagued production of Kevin Reynold’s dystopian $175-million “Waterworld,” starring Kevin Costner, which went notoriously over-budget, but eventually eked out $264 million worldwide in 1988, if not a profit. In 1988, Pollock received death threats and hired bodyguards after Scorsese’s adaptation of the Nikos Kazantzakis novel “The Last Temptation of Christ” sparked protests and the bombing of a French cinema that injured 13 people. Even after that nerve-wracking experience, Pollock stood up for Spike Lee’s “Do the Right Thing” when exhibitors were fearful that the film would spark riots. The film opened without incident.

“They don’t make guys like that anymore,” Lee once told me. “Tom Pollock had my back. There was pressure on Tom Pollock not to release ‘Do the Right Thing,’ to at least wait until the summer was over, when black folks were going to run amuck. I always tip my hat to Tom Pollock. I have nothing for love for Tom Pollock.”

In 1993, Pollock joined 20 other Hollywood executives on a Colorado River rafting expedition organized by Jeffrey Katzenberg, and emerged unscathed, even though he was in less-than-perfect physical shape, and lost his glasses when he was knocked out of the raft. Nonetheless he came up smiling.

Before he joined Universal, Pollock made a name for himself as the attorney who brokered the influential billion-dollar “Star Wars” deal for George Lucas, who retained rights to the franchise. Throughout his career, Pollock was a teacher and mentor to all, always happy to share his knowledge of the business.

“We are incredibly saddened by the loss of Tom Pollock,” stated Ron Meyer, Vice Chairman of NBCUniversal. “He played a critical role in securing our studio’s legacy, and was an extraordinary executive, influential attorney, and a dear friend to so many of us…We will forever feel his impact on our company and within our industry. On behalf of everyone at Universal, we send our deepest condolences to his family and honor his extraordinary accomplishments.”