Home » TV & Movies » 'This Is Us': Milo Ventimiglia Said Kissing Mandy Moore Is 'More Than Just an Act'

This Is Us fans fell in love with Jack and Rebecca’s love from the moment Milo Ventimiglia and Mandy Moore appeared onscreen together in the first episode. The two actors share undeniable chemistry when they’re playing the Pearson patriarch and matriarch, and they have a special bond offscreen. During an interview, Ventimiglia revealed what it was like to kiss his co-star while filming the NBC drama.

Jack and Rebecca Pearson have an epic love story in This Is Us, and they are a fan favorite couple largely thanks to Milo Ventimiglia and Mandy Moore. The two actors have played the mom and dad of the Pearson family since the pilot episode in 2016. They have been through a lot together, and their story will soon come to an end when This Is Us airs its series finale in May 2022.

Jack and Rebecca are the parents of the Big Three — Kevin, Kate, and Randall. The show chronicles their life together from the moment they met to Jack’s heartbreaking death. They’ve experienced the highest of highs and the lowest of lows, but Jack and Rebecca always loved one another.

There are sparse moments between Jack and Rebecca in the show’s sixth season. But Milo Ventimiglia and Mandy Moore always shine together, even in the small scenes in This Is Us.

While speaking with E! News, the interviewer mentioned how Mandy Moore had called Milo Ventimiglia her best onscreen kiss. And she asked the actor if he felt the same about his co-star.

“Yes, absolutely,” Ventimiglia revealed. “You know what? Because it’s more than just an act. It’s like, you know, you’re with someone, and it’s deeper than just a physical [kissing noise]. There’s a moment, you’re looking into someone’s soul. You’re looking into their eyes. You’re seeing them, and I think, not I think, I know when the cameras are rolling, it’s Jack and it’s Rebecca, and they have a deep, deep connection.”

Even though This Is Us is ending soon, hopefully, Milo Ventimiglia and Mandy Moore will have more opportunities to share the screen in the future. 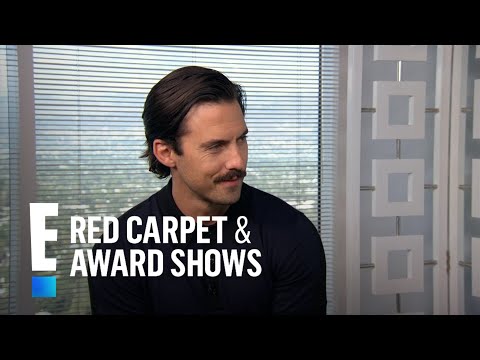 The co-stars instantly connected when they met

During an interview with Entertainment Weekly, Milo Ventimiglia shared how deep his connection with Mandy Moore is.

Ventimiglia continued, “But where we ultimately find ourselves is her saying, ‘Hey Mi, what do you think?’ or me saying, ‘Hey Man, what do you think?’ And we would always find our way together … I think it’s rare that two people in the trade of acting can give so much of themselves to these characters and these roles, but Mandy has given me 100 percent, 100 percent of the time, and I give her exactly the same.”