The Season 20 premiere of NBC’s The Voice drew a 1.1 rating in the adults 18-49 demographic and 7.74 million viewers for its two-hour debut Monday, finishing as the night’s most-watched show and tying ABC’s The Bachelor (1.1, 4.52M) for the top spot in the key demo.

It also served a lead-in for NBC’s new sci-fi drama Debris (0.6, 4.36M), toplined by Jonathan Tucker and Riann Steele. It was up a tenth from the averages of Weakest Link and The Wall which had held the slot so far in 2021, and up two tenths from the last 10 p.m. premiere for NBC, Canadian pickup Nurses.

The Bachelor, which aired its “The Women Tell All” episode, dipped a tenth in the demo for a second consecutive week and also shed some viewership most likely thanks to the Voice competition; it had topped the previous Tuesday ratings. Last night, it was followed by a repeat of The Good Doctor. CBS’ lineup was all encores last night. 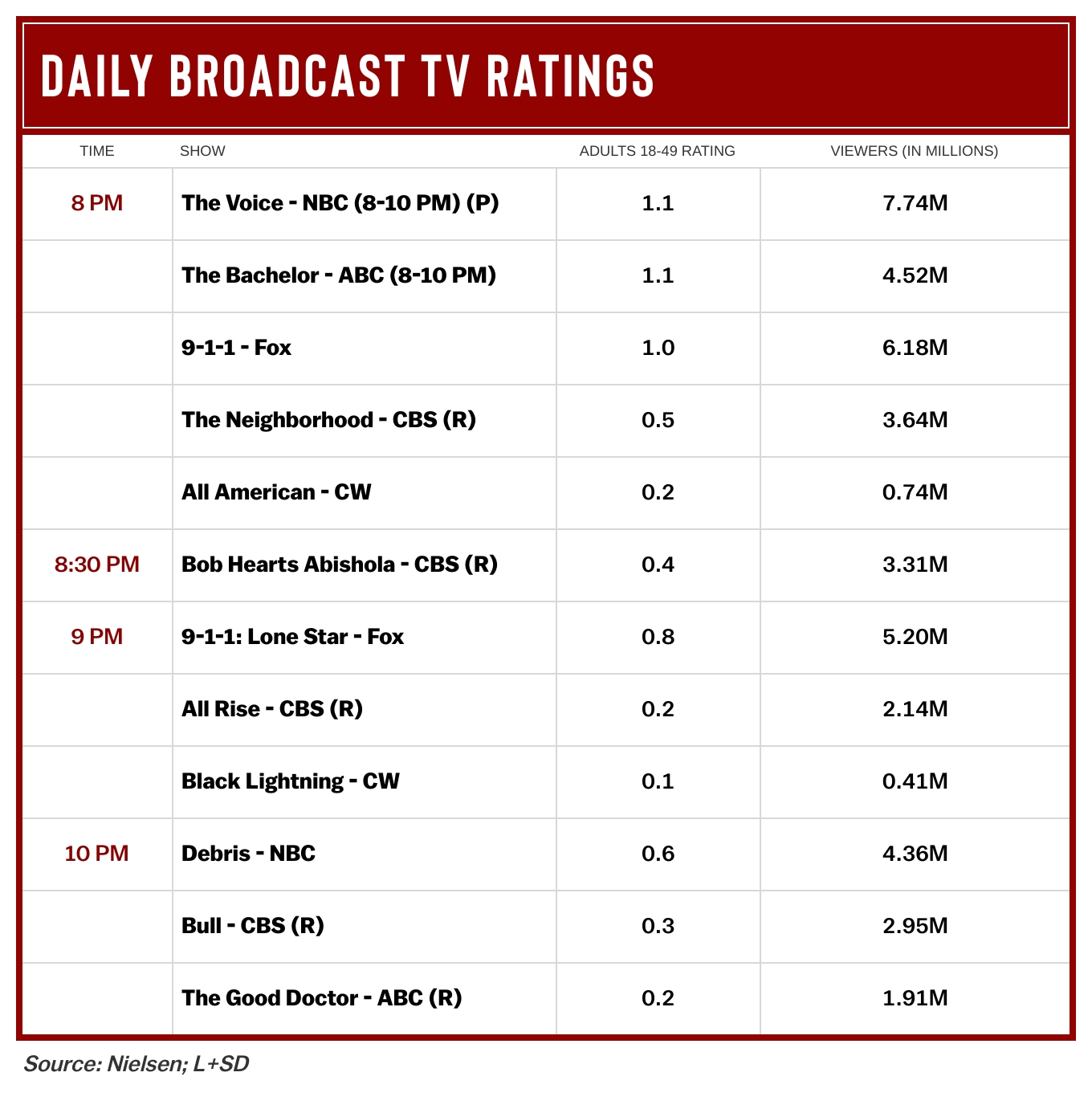