James Bond 007: 'The World Is Not Enough' trailer

Can it really be six decades since Ursula Andress first emerged from the sea, resplendent in her iconic ivory bikini, knife on her hip, clutching a pair of conch shells, to become the first Bond Girl, Honey Ryder? Well dust off your Walther PPK, and get out your gadgets, because the 007 film franchise is celebrating its 60th anniversary next month.

The big-screen adaptation of Ian Fleming’s superspy novel, Dr No, was released in the UK on October 5, 1962, and Sean Connery uttered those immortal words: “Bond, James Bond”, changing films – and our perception of espionage – forever.

Science and technology have always been a crucial part of the Bond mix, from lasers to amphibious cars to stealth boats, biological warfare and huge, floating fortresses. Often far from scientifically accurate, especially in the earlier films, we enjoy them as part of the indulgent, over-the-top entertainment of the movies.

As a chemist and science author I’m especially interested in the many toxins that pop up in a multitude of grisly ways in the films. Not everyone would immediately associate the world of James Bond with poisons but there have been a surprising number of toxic substances deployed in the films: deadly gases, darts, cigarettes and drinks, and many poisonous animals (scorpions, spiders, monitor lizards, octopuses, and snakes for starters). 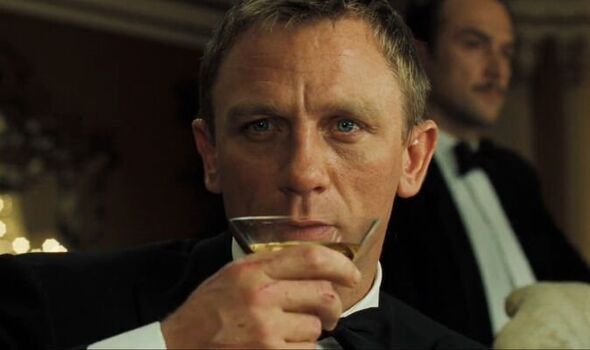 My new book, Superspy Science, looks at everything from the practicalities of building a volcano-based lair, to whether being covered in gold paint really will kill you, and – if your plan is to take over the world – whether it is better to use bacteria, bombs or poison. Whatever the next 60 years has in store for 007 fans, we’ll have to wait and see.

Obviously I’m hoping for many more instalments of the James Bond franchise and a few more poisoning plots and toxic twists along the way. Until then, here are my favourite five toxic moments from Bond on the big screen. 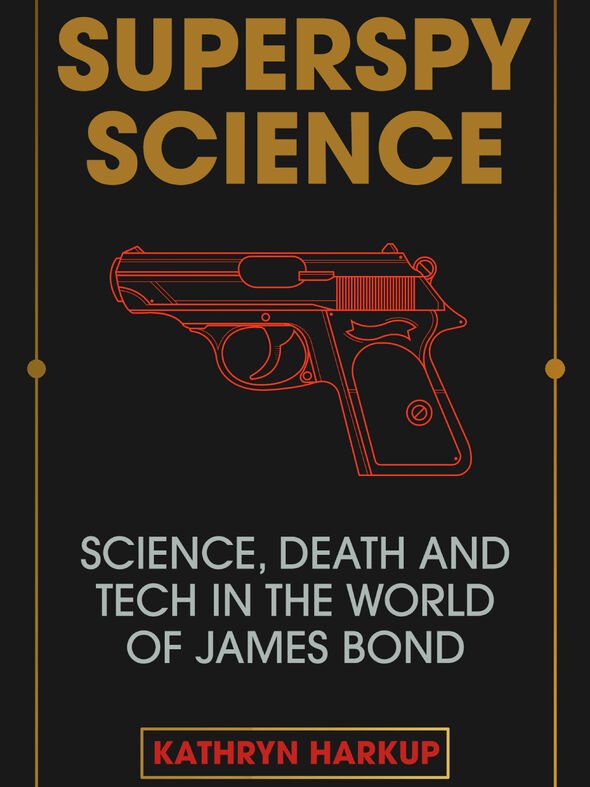 With that title, it is only fair that at least one character should be killed by an eight-limbed mollusc.

In the blockbuster finale fight at Octopussy’s palace, Bond (played by Roger Moore) shoves a henchman head-first into a fishtank – the unlucky goon emerging with an octopus wrapped around his face. Suffocation might seem the obvious cause of death, but in fact Octopussy (Maud Adams) doesn’t have just any-old pet cephalopod, she keeps a blue-ringed octopus.

They use venom to kill their prey (or any baddies that dare to intrude into their home). The venom is tetrodotoxin. It blocks the action of nerves so the victim is completely unable to move, even the muscles that control breathing. Victims of tetrodotoxin poisoning do, in fact, suffocate, but because of the effects on their nerves. In the case of Octopussy, having your airways obstructed by an octopus certainly wouldn’t help either.

There is no known antidote for tetrodotoxin and the only hope of survival is rapid medical attention and mechanical support for breathing while the toxin clears from his body. In the film, the action doesn’t linger over any clear-up operation or medical response but that henchman is probably a goner. 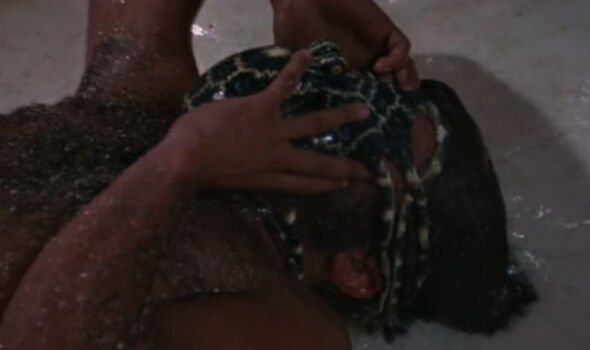 Ignore the more ridiculous aspects of this film, like the space lasers and most of the plot. Hugo Drax’s dastardly plan to wipe out most of the human race and replace it with his chosen group of beautiful people contains a surprising amount of chemistry.

Drax (Michael Lonsdale) has developed a nerve gas from a compound found in a rare orchid. The orchid is invented, as is the poison that derives from it. But the idea that compounds found in plants can be extracted, manipulated and made useful is solid science.

Many chemicals, from food additives to medicines, originate in plants, though the scientists who work on them are trying to benefit humanity, not destroy it.

In the film, when MI6 quartermaster Q (Desmond Llewelyn) briefs Roger Moore’s 007, he shows the chemical structure of the compound. The film deserves an A+ for effort – but basic chemical errors in their drawing of the structure marks it down to a C- for execution.

The classic bit of chemistry associated with spies is the cyanide pill they are all supposed to carry. Cyanide crops up a number of times in the James Bond films, knocking its victims unconscious in a few seconds and killing them shortly after.

At worst they suffer twitching or frothing at the mouth. This is the sanitised and speeded up version of the reality of cyanide poisoning – headaches, disorientation, vomiting, convulsions, coma and death – all of which can take between seconds and minutes in real-life.

In Skyfall things get more graphic but less accurate. The villain Raoul Silva, played by Javier Bardem, confronts M (Judi Dench) by showing what happened when he bit down on his standard issue cyanide capsule. He pulls a prosthetic out of his mouth revealing hideous damage to the bone: a sunken eye socket, rotted teeth and misshapen jaw. It looks dramatic, but this is simply not what happens.

Cyanide will undergo a chemical reaction in the mouth to produce hydrocyanic acid. Acids have the potential to react with the calcium carbonate in bone but hydrocyanic acid is very weak, weaker even than the acetic acid in vinegar – and you can eat that on your chips.

To be fair, the acetic acid in vinegar is very dilute and the cyanide in Silva’s capsule would have been very concentrated. Damage to the soft tissues inside the mouth would not be unexpected. But extensive damage to skull bones is highly unlikely. However, it does make for a very dramatic moment. 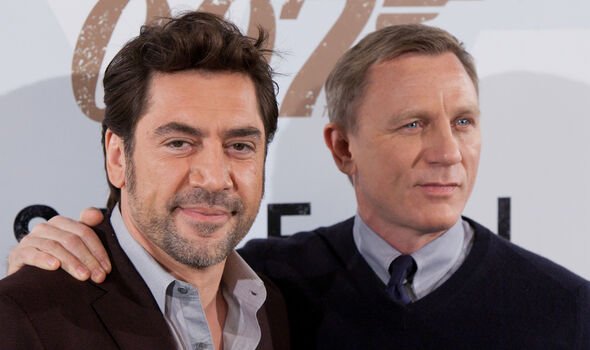 DIGITALIS IN THE DRINK: CASINO ROYALE (2006)

In Bond’s poker battle with Le Chiffre (Mads Mikkelsen) it looks like the baddie is going to lose so he tries to take out his opponent with a poisoned martini. Bond, Daniel Craig in his first outing as 007, staggers out of the hotel, sweating and breathing hard, to hook himself up to a heart monitor and some kind of blood-tox analyser (handily, standard issue in a 00-agent’s car).

The results indicate it is digitalis, an incredibly potent heart drug. The monitor shows his pulse is racing and lists drugs that could counteract the effects of the poison before Bond goes into cardiac arrest.

Ignoring the fact that the digitalis acts far too quickly (this is an action film, not a slow-paced medical drama), the treatment with lidocaine is actually an excellent strategy to deal with the abnormal heartbeat produced by digitalis.

The shock from the defibrillator that Vesper Lynd gives to him, however, is not such a good idea – it could trigger worse arrhythmias or even stop 007’s heart altogether.

The scene where the sadistic spectre operative Rosa Klebb chases 007 around his hotel room trying to kick him with a blade hidden in her shoe is a classic.

Bond, this time Sean Connery in his second outing as 007, may be trying to avoid a potentially nasty stab wound, but the audience knows far worse is in store for the secret agent if Klebb (Lotte Lenya) hits her target because the tip of the blade has been laced with a lethal venom.

Venoms found in nature are usually complex blends of salts, amines and proteins. The mix, and the components themselves, vary enormously between different species. The salts, often potassium based, interact with the nerves.

The amines also affect the nerves by altering the chemical endings. Proteins, in the form of muscles, blood vessels and the earlier scene in the film another Russian, is stabbed with an identical collapses and dies in 12 seconds.

Any substance that kills in under a minute would be considered fast-acting, but 12 seconds is astonishingly quick.

The venom isn’t named but many, particularly from sea snakes, can be fast acting because they need to be.

Sea snakes use their venom to kill prey, and if it isn’t incapacitated rapidly, it can swim off and the snake loses its dinner.

The prey may not actually be dead at this point but the outcome is clear. The same could be said for the Russian agent who collapses on the floor.

He may not be stone cold dead after 12 seconds, but as no one tries to help him, he might as well be.