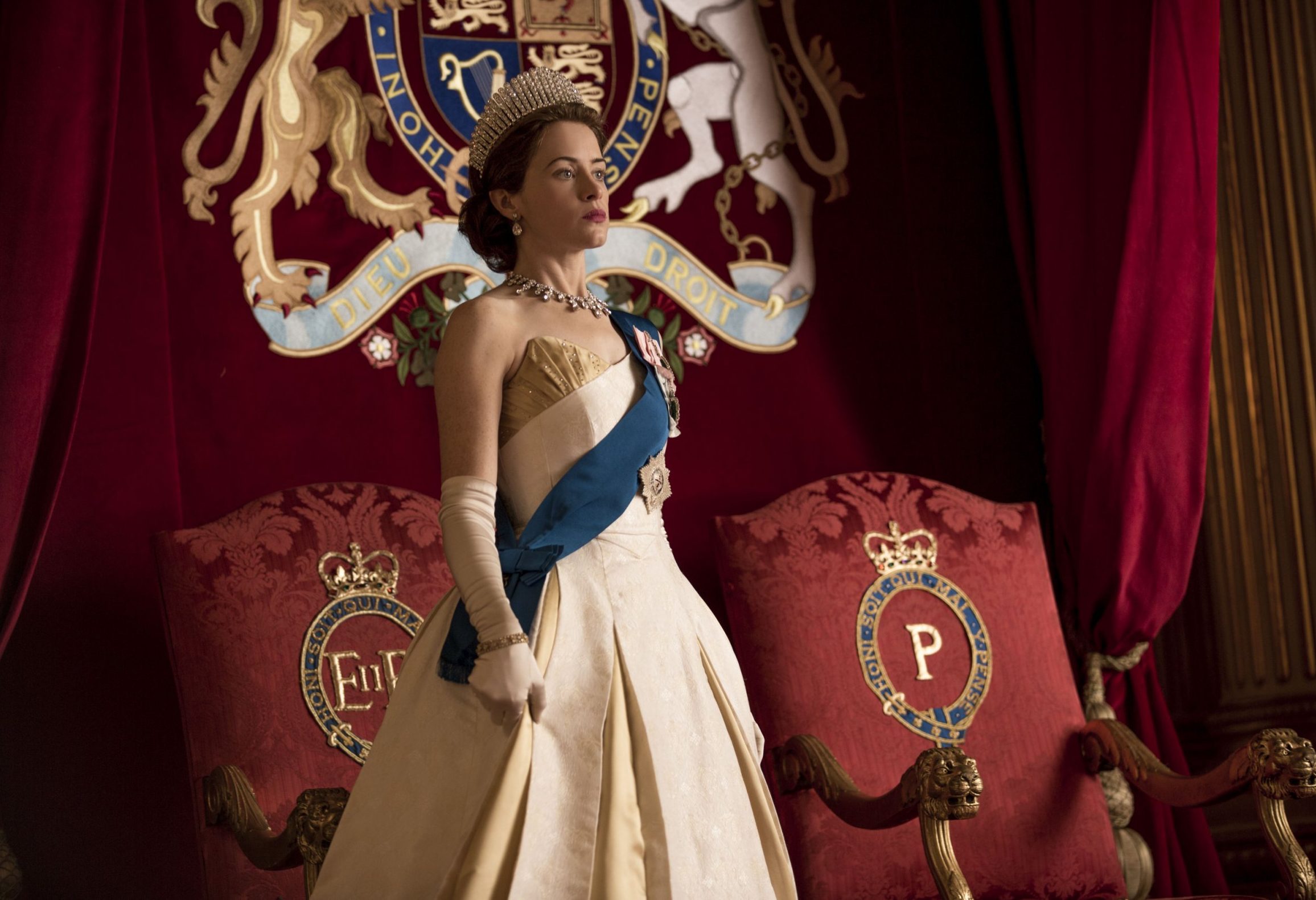 The Queen died at her Scottish home in Balmoral on Thursday September 8 surrounded by her eldest children King Charles III and Princess Anne.

Buckingham Palace announced in a brief statement: ‘The Queen died peacefully at Balmoral this afternoon.

‘The King and The Queen Consort will remain at Balmoral this evening and will return to London tomorrow.’

Actress Foy, 38 famously portrayed the Queen in seasons one and two of the drama, which explores the trials and tribulations of the Royal Family.

Addressing the Queen’s death at the Toronto Film Festival, she told the BBC: ‘I think that she was an incredible monarch.’

‘She united people and she was a massive symbol of continuity and dignity and grace,’ she added.

‘My main feeling is just thinking about her as a mother and a grandmother and a great-grandmother, really, and I’m very honoured to have been a teeny-tiny, small part of her story.’

The Breathe actress made her debut in the role in 2016 for the show’s first season alongside Matt Smith as the Duke of Edinburgh and John Lithgow as Winston Churchill.

Actress Olivia Colman, 48, who also played the Queen during seasons three and four of the show recently remembered the long-serving Royal and her legacy.

‘I wouldn’t know where to begin with that. She made a promise as a young woman and she absolutely kept it with such dignity,’ she said.

‘We’re all incredibly impressed by what she did.’

Production on The Crown season six was suspended the day after the Queen’s death out of respect, and will be paused again on the day of her funeral on September 19.

Later today, Her Majesty’s coffin will be taken from the Palace where she spent much of her 70 year reign, and will be moved in a procession through London to Westminster Hall.

The Crown is available to stream on Netflix.