For her performance as Princess Margaret in season three of The Crown, Helena Bonham Carter received a BAFTA TV Award nomination for Best Supporting Actress. Carter spoke to the press, including Express.co.uk ahead of the Virgin Media BAFTA TV Awards about her fears of portraying the famous royal, particularly following in the footsteps of her predecessor Vanessa Kirby.

The Crown season three covers the timeline between 1964 and 1977, beginning with Harold Wilson’s election as prime minister and ending with the Silver Jubilee of Elizabeth II.

The latest series saw a brand new cast take on the royals in their later years, which included Olivia Colman as Elizabeth, Tobias Menzies as Prince Phillip and Bonham Carter as Princess Margaret.

Bonham Carter replaced Kirby, who played the young princess in the first two seasons of The Crown, opposite Claire Foy as Queen Elizabeth II. 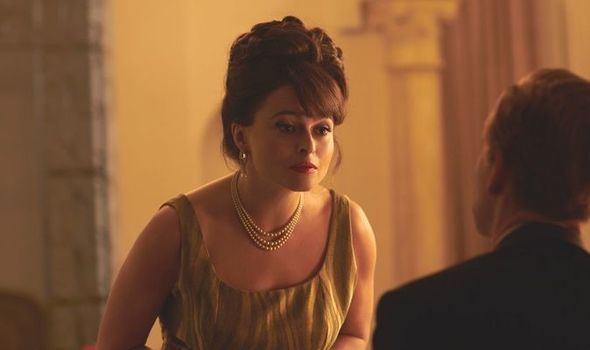 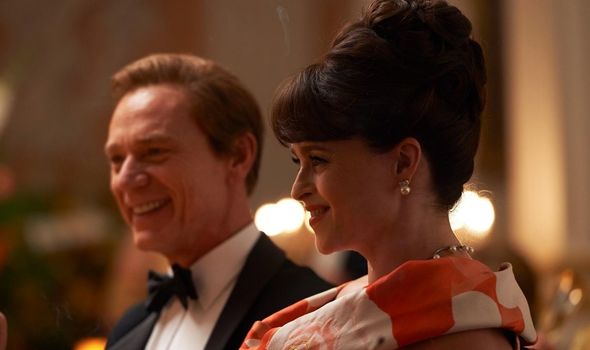 Bonham Carter was nominated in the same category for the same role as Kirby at this year’s BAFTA TV Awards alongside Helen Behan for The Virtues, Jasmine Jobson for Top Boy and Naomie Ackie for The End of the F***ing World.

However, there was a moment in time when Bonham Carter nearly turned down the role of Princess Margaret, describing the role as “pretty scary”.

Speaking to press ahead of this year’s Virgin Media BAFTA TV Awards, including Express.co.uk, Carter opened up on her fears and the pressure she faced.

She said; “I was really scared at first. I wasn’t immediately like, ‘I’ve gotta do it’. 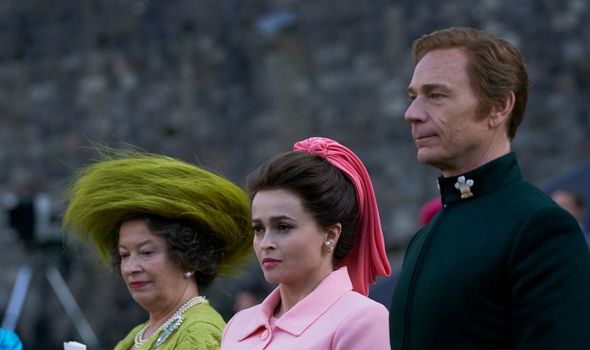 “When you play somebody who everyone thinks that they know, you’ve got that hanging on the shoulder, and then you’ve got another person who just won a BAFTA [Vanessa Kirby] and did a great performance on the other shoulder so it was pretty scary.

“And I also did the unforgivable thing of asking for a script.

“Apparently, that wasn’t, you know, they said: ‘Well, Olivia hasn’t asked for a script’ and I thought, ‘Well, I’m sorry already the comparisons have started between two sisters.’

“And I said, ‘I just need to know for myself if I can play it. To me, it’s always the writing on the page.

She added: “I read the script once, one of the Margaret episodes and I just thought, ‘Well I know I can play this.’”

To prepare for her performance as Princess Margaret, Bonham Carter went to great lengths to really get to know the character, meeting people who knew the late royal. 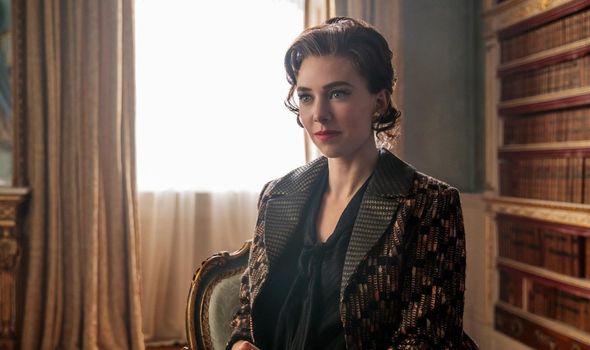 She explained: “It helps me in my terror — my research is to do with anxiety.

“It’s like, how can I keep the anxiety at bay until you have day one.

“Once day one starts, your brain stops worrying, if you work with the right people.”

Discussing what she learnt by speaking to Princess Margaret’s friends, Bonham Carter said: “One of the great privileges was meeting people who knew her so closely and on top of it really wanted to talk to me about her and loved her.

“They wanted to bring their friend into the room and that I found so touching.

“The gift for me in this part is that it is a part that keeps on giving.

“It is so complicated and complex. We all want complexity, that’s what we look for in a role, and she’s got so many facets — all contradictory, really.

“She’s never boring. I was with her for about two years and she was with me. She was fun to have around. Never boring.”

Bonham Carter will return as Princess Margaret in the fourth series of The Crown which is expected to premiere on Netflix in 2021.

However, in season five, she will be replaced by Lesley Manville, who will play the Princess in her elder years.

Speaking about her successor, Bonham Carter said: “She’s [Lesley Manville] going to have a great time with her and I’m so chuffed it’s her.

“She’s a great actress and she’ll have great fun.”

The Crown is streaming on Netflix now