THE CHASE'S Bradley Walsh was left stunned by the 'very young' contestant's age after she announced she's retired.

The quiz show host could not hide his surprise as he spoke to former school teacher Bernadette.

With her eyes on the prize, Bernadette from Liverpool was the third member of her team to face The Chaser.

Introducing her, Bradley, 60, said: Welcome to the show Bernadette. From Liverpool, born and bred?"

She had previously explained she was was once a school teacher but now retired.

Recalling that Bernadette had also said she was 46-years-old during her intro, Bradley commented: "You're very young to retire?" 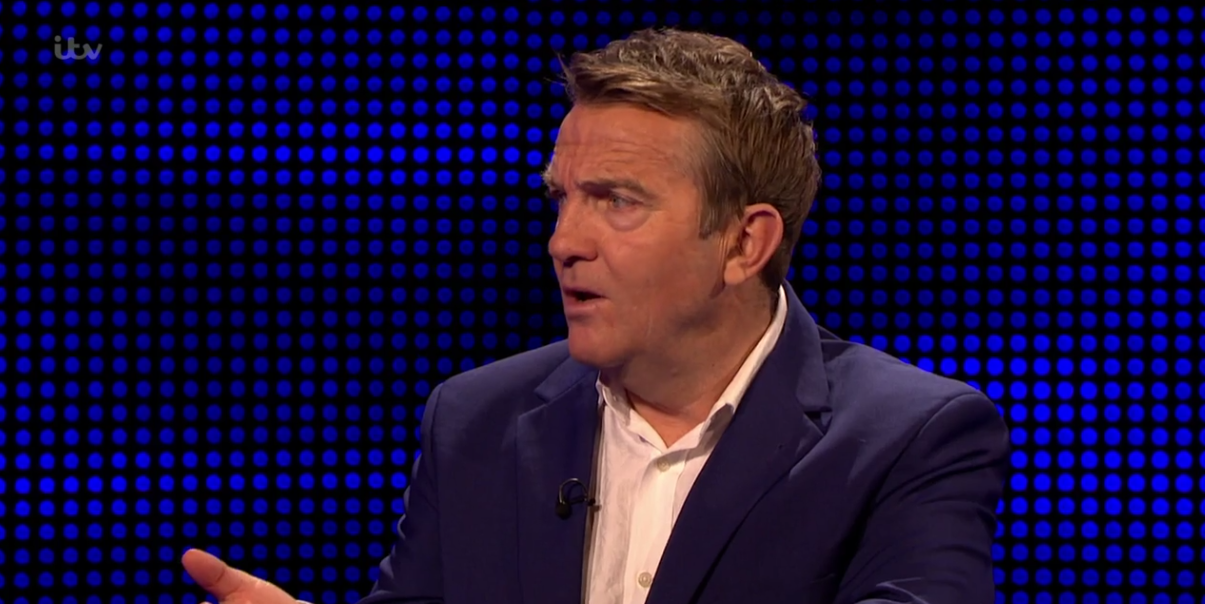 "Some people are just lucky that way," she replied with a huge smile of her face as a shocked Bradley looked on.

As she spoke to Bradley, she revealed her aspirations to travel to Provence and create her own perfume.

"I want a signature scent, Bradley," she exclaimed.

Any prize winnings would go towards making her dream become a reality.

Bernadette then went on to secure her £3,000 from the cash builder round as she was pitted against Jenny Ryan aka The Vixen.

And as the team went up against The Vixen they managed to beat her in 19 steps.

On Thursday's show Bradley was left crying with laughter at a VERY rude innuendo about a woman's privates.

Contestant Jan was in her head to head with Anne 'The Governess' Hegerty when Bradley asked the question: "Who became the governor of Idaho in 2007?"

While that was innocent enough, one of the three answers was particularly cheeky and innuendo-filled.

Jan had the choice of A) Butch Otter, B) Sturdy Muskrat and C) Gritty Beaver.

Bradley started laughing as he saw option C and didn't even get the chance to read it out before Jan and Anne had entered their answers.

While Bradley berated Anne for pressing her button before he had read out all the options, she argued he was giggling so much they would have ran out of time.

In the end both contestant and Chaser got the answer right with A, Butch Otter.

Viewers were as amused by the answer choices as Bradley, with one writing on Twitter: "Cos nobody likes a gritty beaver, do they."

Another joked: "Gritty Beaver?! I get that after a day on the beach!" another joked.

The Chase airs weekdays at 5pm on ITV.