Home » TV & Movies » The Bizarre Backstory Behind the Mary Poppins Song, 'A Spoonful of Sugar,' Has Direct Ties to Getting Vaccinated

The 1964 film Mary Poppins is one of Disney’s all-time classic films, a movie that has inspired and delighted generations of fans. Not only do fans love the characters and performances in the movie, but the soundtrack has become an enduring staple, with tunes like “A Spoonful of Sugar” entering the pop culture lexicon. 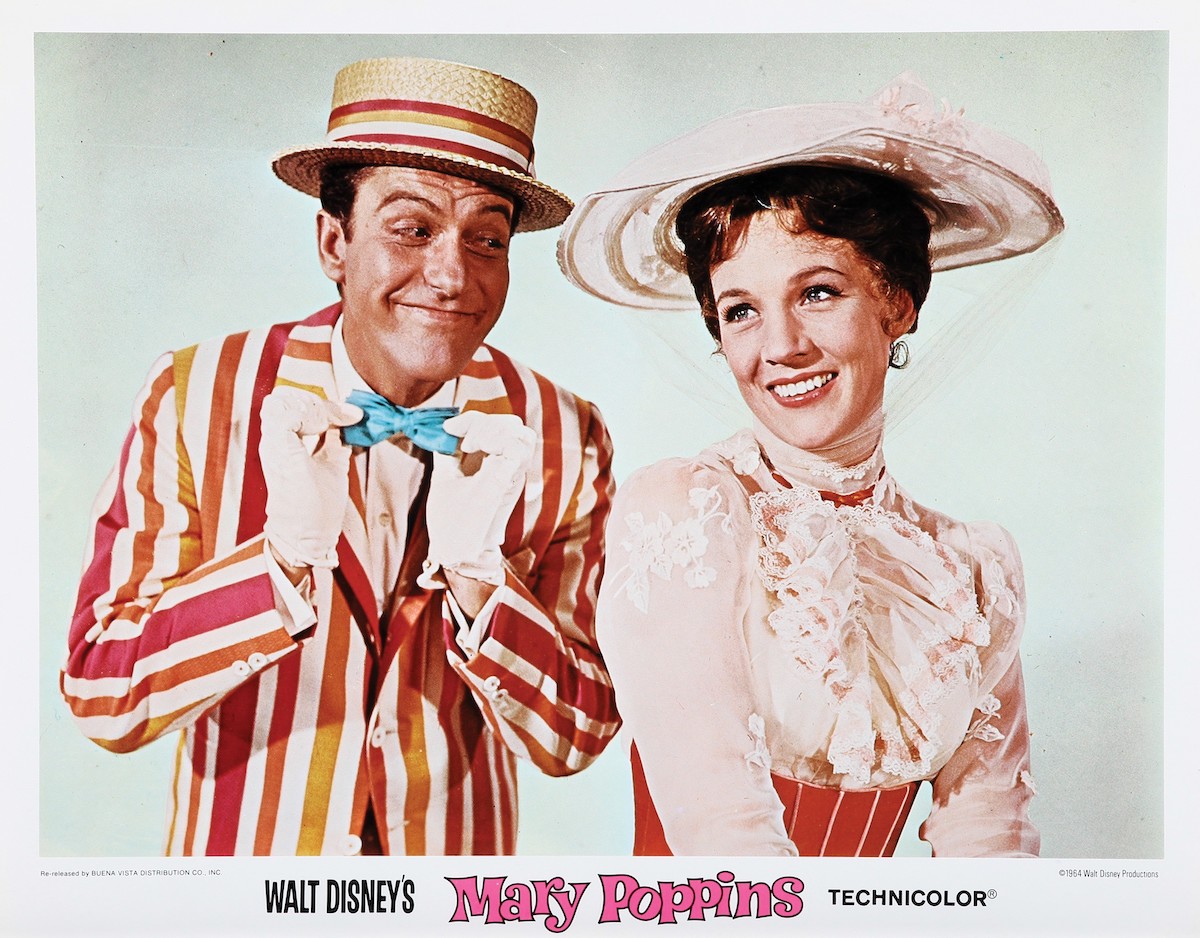 In the film, Julie Andrews, who plays the magical nanny Mary Poppins, sings the song to the Banks children when they need to take their medicine – however, in real life, the song has a slightly darker connotation, with the tune’s composers writing the song about the polio vaccine.

“A Spoonful of Sugar” is a delightful, lighthearted song that helped to solidify Mary Poppins as a fan-favorite film. There’s no doubt that Julie Andrews’ irresistible interpretation of the song helped it to become such a standard – and to this day, people sing the song when performing any task that might normally be deemed as unpleasant, including taking medicine or cleaning up a household mess.

The song was written by the composing team of Robert and Richard Sherman, two brothers who also wrote the classic Disney tune “It’s a Small World After All.” In the years after the song, and the film, became hits, Robert Sherman’s son, Jeffrey Sherman, opened up about the bizarre inspiration for “A Spoonful of Sugar.”

According to CNN, Jeffrey Sherman claimed that his father, Robert Sherman got the inspiration for “A Spoonful of Sugar” from his son’s experience getting the oral polio vaccine at school. As Sherman recalled, he was afraid of shots so nurses figured out a way to give him the polio vaccine orally. After he came home for the day, he told his father about it,

“I told him they put it on a sugar cube and you just ate it. He stared at me, then went to the phone and called my Uncle Dick.”

Jeffrey Sherman’s experience helped to give the Sherman Brothers team the boost they needed to write a song that featured a catchy slogan – and Walt Disney ultimately loved the tune, including it in Mary Poppins.

According to PBS, polio was prevalent around the world up until the mid-20th century. The disease can affect people of all ages, although young children seemed to suffer the most devastating effects. People diagnosed with polio suffered from extreme breathing difficulties and often had to be placed in a device known as “the iron lung,” a negative pressure ventilator that helped the lungs to function.

While some polio survivors made full recoveries, others had to use a wheelchair or crutches for the remainder of their lives. Some high-profile polio survivors include actor Mia Farrow, who contracted the disease when she was nine years old and had to use an iron lung to assist in her recovery.

Also included in the list of high-profile polio survivors is singer Joni Mitchell, director Francis Ford Coppola, and performer Neil Young, as well as President Franklin D. Roosevelt, whose bout with polio required him to use a wheelchair for the rest of his life.

Fortunately, the development of the polio vaccine in the ’50s helped to slow the spread of polio. Aggressive vaccination campaigns at school and official venues encouraged people of all ages to step up and get vaccinated – and by 1979, according to CNN’s report, the spread of the disease was eradicated.

These days, according to the CDC, professionals still recommend that children get the polio vaccine at four separate stages in their development in order to protect them from the serious effects of the illness. While it is most often given as a shot, a “spoonful of sugar” in the form of a piece of candy might still encourage hesitant children to allow the “medicine to go down.”