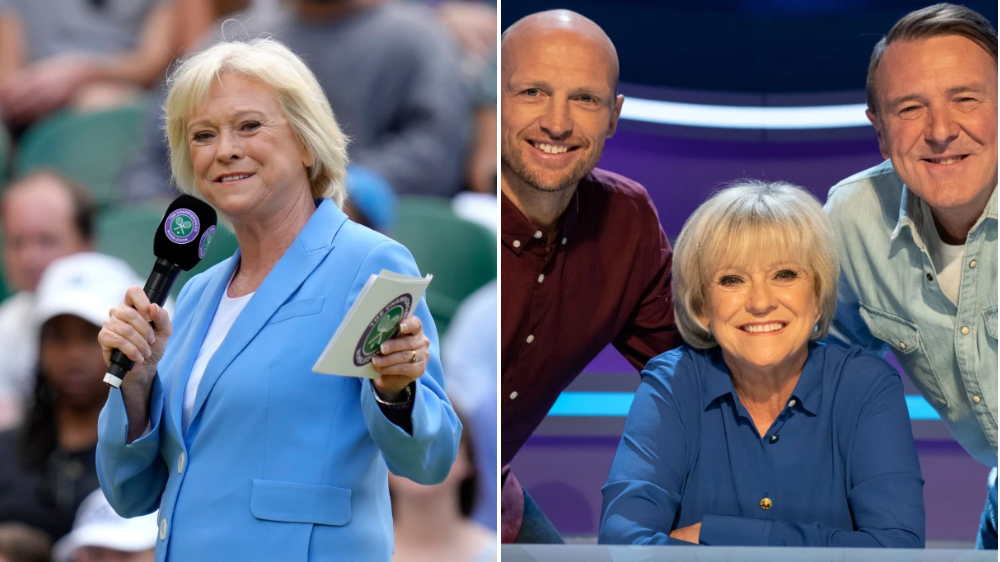 Sue Barker insisted that she wanted to leave Wimbledon on her ‘own terms’ while reflecting her brutal sacking from A Question of Sport.

The 66-year-old presenter decided to hang up the mic after 30 years despite being offered a three-year extension.

In an official statement via the BBC, she said: ‘What a wonderful time I’ve had working on some of the biggest sporting events around the world. I will miss it terribly but after 30 years I feel the time is right for me. I’ve worked with the best of the best.’

The former tennis star joined the BBC’s Wimbledon coverage in 1993 and has fronted the network’s broadcast since 2000.

In September 2020, Sue also stepped down as the host of A Question of Sport, a role she performed for 24 years.

It was announced that Paddy McGuinness would be taking over her role as host of sports quiz show, alongside the show’s team captains Matt Dawson and Phil Tufnell who were replaced by Sam Quek and Ugo Monye.

Reflecting on her exit from the popular programme, she said: ‘The way it was handled made me think about Wimbledon and the way I wanted to walk away on my own terms rather than be pushed out the door.’

‘To be taken into a room after 24 years and be told “we don’t want you anymore’, I just wish they handled the end a little better,” she told Lauren Laverne on Desert Island Discs.

Following the news of Sue’s A Question of Sport departure, the BBC were hit with complaints from several fans.

Addressing the backlash and defending its decision to change the line-up, the broadcaster posted at the time: ‘We have received some complaints about upcoming changes to the line-up on A Question of Sport.

‘We would like to thank Sue Barker for her enormous contribution as the show’s longest reigning host over the last 24 years, and Matt Dawson and Phil Tufnell for their excellent team captaincy over 16 and 12 years respectively.’

The corporation continued: ‘Together they have ensured A Question of Sport remains a firm favourite with the BBC One audience.’