JOHN Bishop got a celeb surprise when he went for his coronavirus jab today and bumped into Hugh Bonneville volunteering.

The comedian, 54, took the opportunity to get a selfie with the Downton Abbey star, 57, outside Midhurst Riverbank Medical Centre. 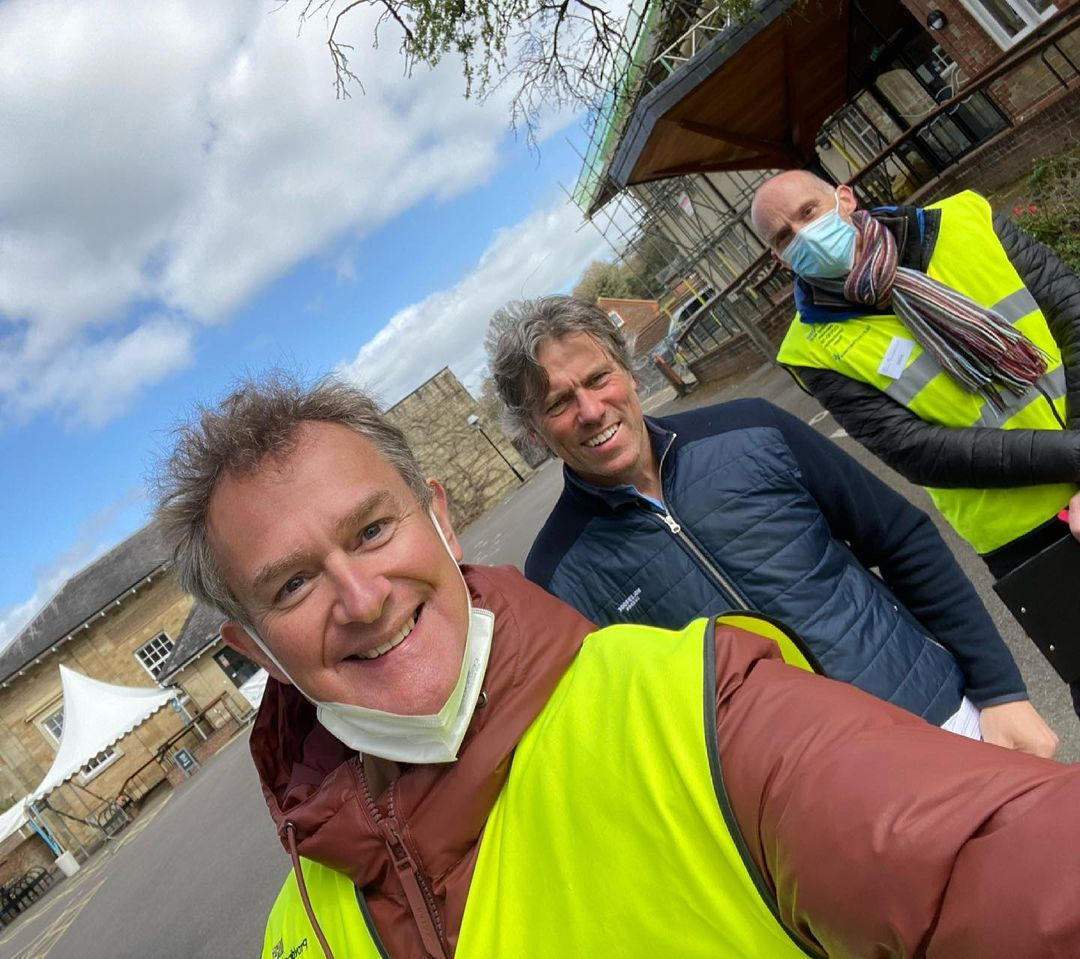 He wrote over the smiley snap: "You know you've picked a posh centre when Hugh Bonneville volunteers here!"

Wearing a high-vis vest, Hugh gave the thumbs up while socially distancing from John.

He also shared a snap with the comedian on social media and wrote: "My turn to ask for a selfie. @nobleandstace and I had to up our Welcome game when the one and only @johnbish100 arrived for his vaccination #MidhurstPharmacy #vaccination."

The actor got his AstraZeneca Covid jab in January at the same centre. 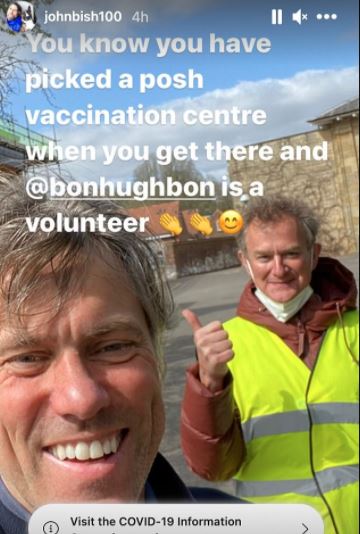 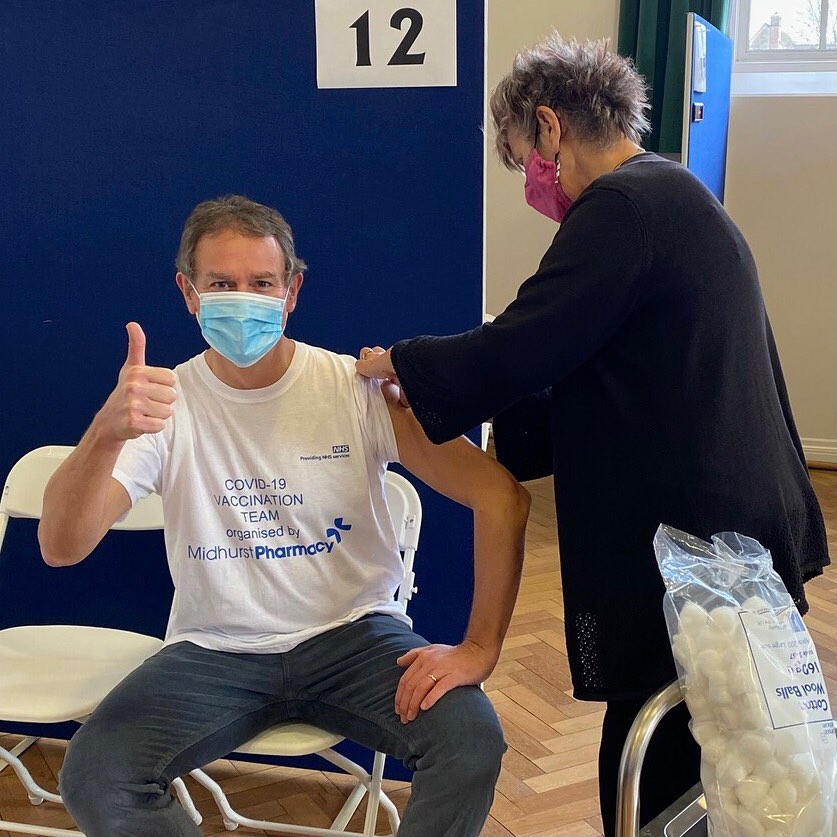 Wearing a volunteer top, he smiled and gave the thumbs up as the needle went into his arm.

"Delighted to be part of the support team as a volunteer marshall. I get to wear hi viz and everything." 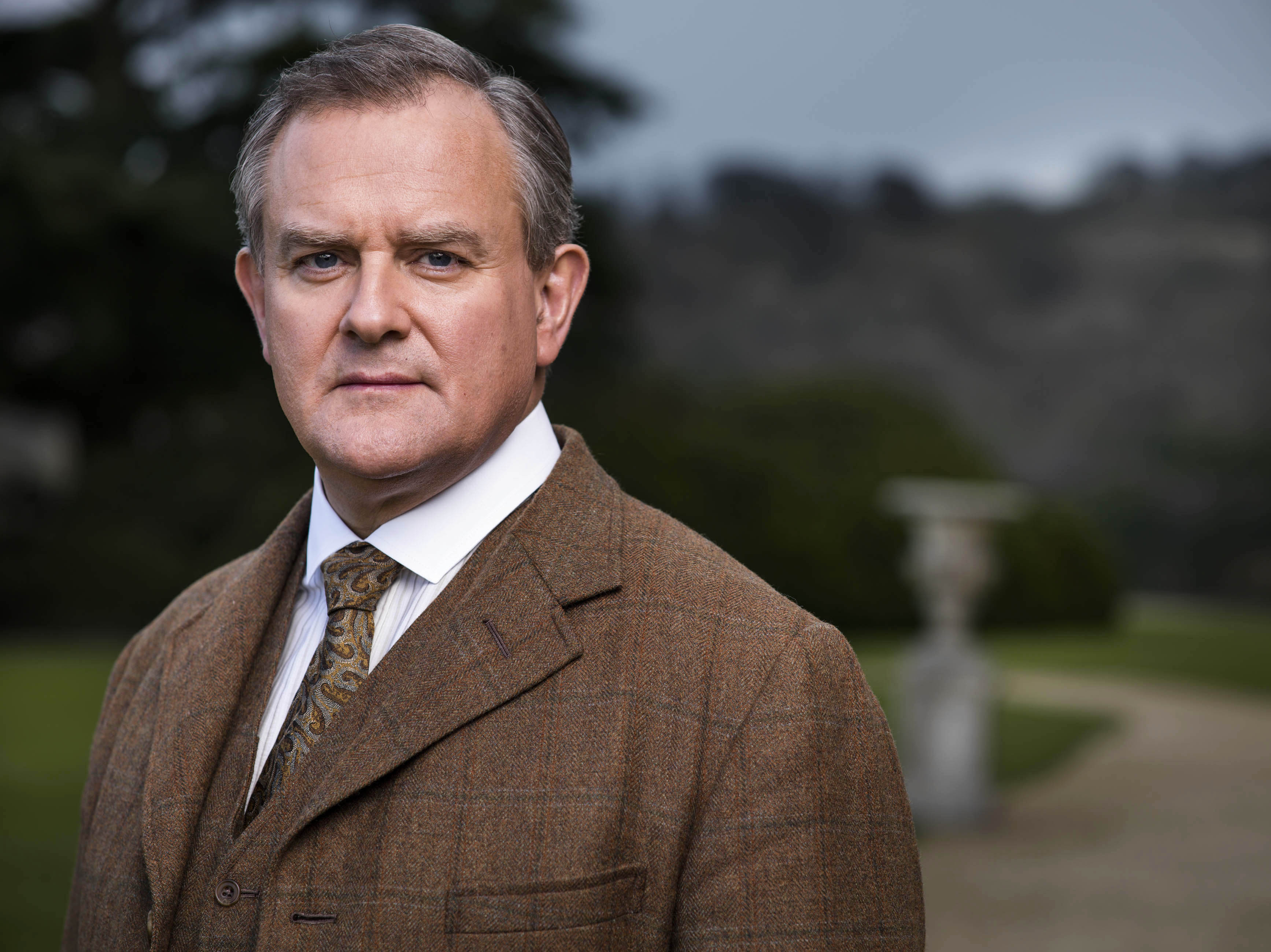 The actor is looked well after his dramatic weight loss last year.

He left fans stunned with his dramatic weight loss during an appearance on The One Show.

The star looked a far cry from his famous Downton Abbey character Lord Grantham, with some viewers admitting that they didn't realise who he was.

At the time, only Hugh's head and shoulders were visible – but his face was notably thinner, and he had also opted for a dramatically shorter haircut.

Fans flocked to Twitter at the time to share their shocked reaction to his transformation, but humble Hugh laughed off one tweet he was read that said he looked "amazing".

In 2009, Hugh admitted that his wife Lulu Williams had called him "as fat as a pig" when he returned from filming, and he has used a personal trainer in the past.