Steven Spielberg isn’t quite in a class by himself. After all, the iconic director rose to prominence in Hollywood around the same time as Martin Scorsese and Francis Ford Coppola. But if there’s a clear compare-and-contrast between Spielberg and another filmmaker, it’s Star Wars creator George Lucas. Both are among the most successful directors of all time. But there’s one big difference in how they approach movies. 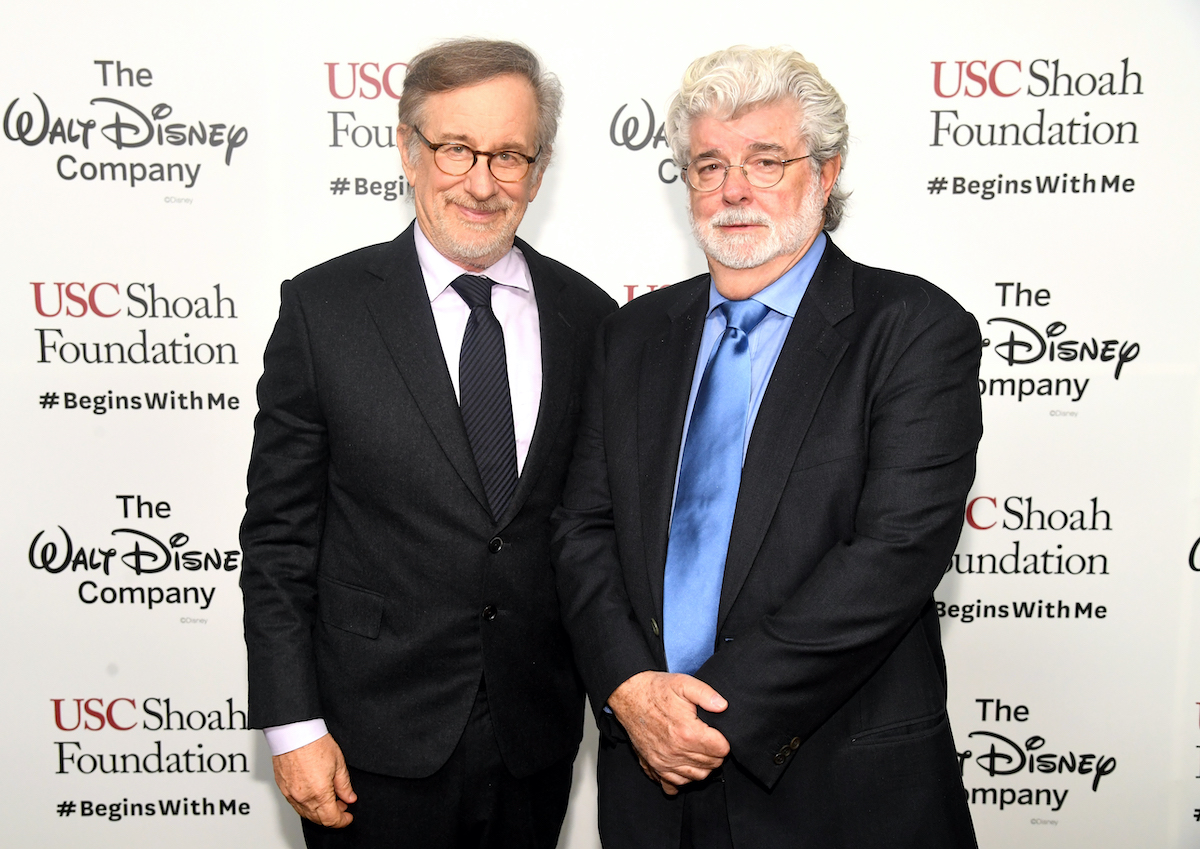 Steven Spielberg and George Lucas have been longtime friends

Spielberg and Lucas aren’t only tied together because of their love of adventure stories, sci-fi, and escapist entertainment. The two men have actually been friends for decades. In fact, the dual release of their respective movies, Close Encounters of the Third Kind and Star Wars, in 1977 led to Spielberg owning a part of the latter hit.

Of course, Spielberg and Lucas also had a long-standing collaboration in the Indiana Jones franchise. From 1981’s Raiders of the Lost Ark to 2008’s Indiana Jones and the Kingdom of the Crystal Skull, Spielberg directed Harrison Ford in those movies, while Lucas produced and devised the story. Spielberg even once said Lucas was “the best boss [he] ever had.”

Spielberg and Lucas might have a lot in common. But one way in which the two filmmakers are quite different is how they look at their movies. Lucas was famous for treating his films — most notably, the original Star Wars trilogy — as living documents he could update with new visual effects and scenes. However, Spielberg has landed firmly in the other direction, as he told Entertainment Weekly in 2011.

“George goes by his playbook, and I go by mine. … My philosophy now is that every single movie is a signpost of its time, and it should stand for that. We shouldn’t go back and change the parting of the Red Sea in Cecil B. DeMille’s The Ten Commandments just because with digital tools we now can make that even more spectacular than it was.”

In the same interview, Spielberg also addresses the one instance in which he did toy with one of his movies. The project in question is the 2002 re-release of E.T. the Extra-Terrestrial, for which the director changed dialogue and some of the visual effects. Spielberg regrets making those changes. And accordingly, the 20th anniversary “special edition” of E.T. has since gone out of print.

Spielberg and Lucas both left huge impacts on Hollywood and cinema in general. But which of the two directors actually has the higher net worth? Although Spielberg is the highest-grossing director in history, Lucas actually carries a higher net worth than his famous friend, at least according to Celebrity Net Worth.

Thanks largely to Star Wars, Lucas carries a $10 billion net worth. Meanwhile, Spielberg’s total stands at a cool $7.5 billion. While not enough to top Lucas, Spielberg’s net worth is significantly higher than James Cameron, who is among the most formidable challengers to Spielberg’s status as the highest-grossing director.