EXCLUSIVE: Steven Ogg (Emancipation, Snowpiercer) has signed on to star alongside Christina Ricci and Samantha Win in The Dresden Sun, a cyberpunk indie from writer-director Michael Ryan (Interpreters: a C & Earth Chronicle – quantum 1, The Silencer & the Sky).

The film observes as a heist goes south when a brilliant, principled mercenary with a traumatic past works with an insider to steal a valued asset from Peredor Corporation called “the sphere”. The C & Earth corporation, vying for global dominance, seeks to find a solution to an otherworldly technology via a scientist’s project. Meanwhile, a financial analyst, who despises his job at the powerful investment firm Mutual One, finds himself caught between deadly corporate rivals, financial fraud, and technological espionage, and is ultimately forced to run from a psychopathic military contractor.

Ogg is a BAFTA Award nominee who will next be seen in Antoine Fuqua’s Apple thriller Emancipation, and currently stars as Pike in TNT’s Snowpiercer. The actor has also appeared on the film side in Ani Simon-Kennedy’s Tribeca drama The Short History of the Long Road and Carl Strathie’s sci-fi pic Solis, among other titles. Additional TV credits include AMC’s Better Call Saul and The Walking Dead, Amazon’s The Tick and HBO’s Westworld.

Ogg is represented by APA.

EXCLUSIVE: Bianca Santos (The Fosters, Legacies) will star alongside Mischa Barton and Seamus Dever in Stephen Shimek’s indie thriller, Invitation to a Murder. 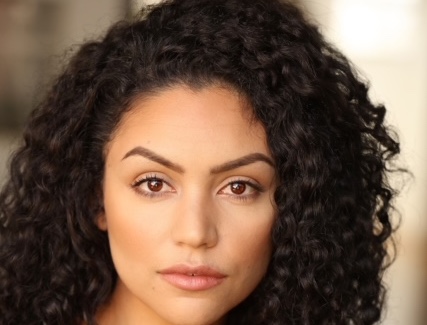 The film sees a reclusive billionaire invite six seemingly random strangers to his island estate, including aspiring detective Miranda Green (Barton). When another guest turns up dead, Miranda must get to the bottom of the plot behind the gathering to prove herself and maybe save her life.

Santos will play Carmen Blanco, a poor waitress from Seville who joins Green and Dever’s attorney Lawrence Kane as a guest at the mansion. She gets swept up in a romance with another guest, but when things take a deadly turn, she must decide whose side she’s on.

Brian O’Donnell penned the film, which is based on an original story by Gérard Miller. It’s now in production in Chicago. Zeus Zamani and Brian Vilim are producing, with ACE Entertainment’s Sebastien Semon and Jerome Reydner-Kalfon exec producing.

Santos is best known for her turn as Lexi Rivera in Freeform drama The Fosters, and as Maya in The CW’s fantasy series Legacies. The actress has previously starred on the film side in Ouija, The Duff and Priceless.

She is repped by The Rosenzweig Group, Global Artists Agency and attorney Lev Ginsburg.

‘The Lost Daughter’ Sweeps To Four Wins Including Best Feature