STEVE Jones posed for a selfie with his rarely seen American wife Phylicia Jackson-Jones on holiday in Cornwall.

The TV star, 45, was all smiles as his other half kissed him on the cheek for a photo in the sea. 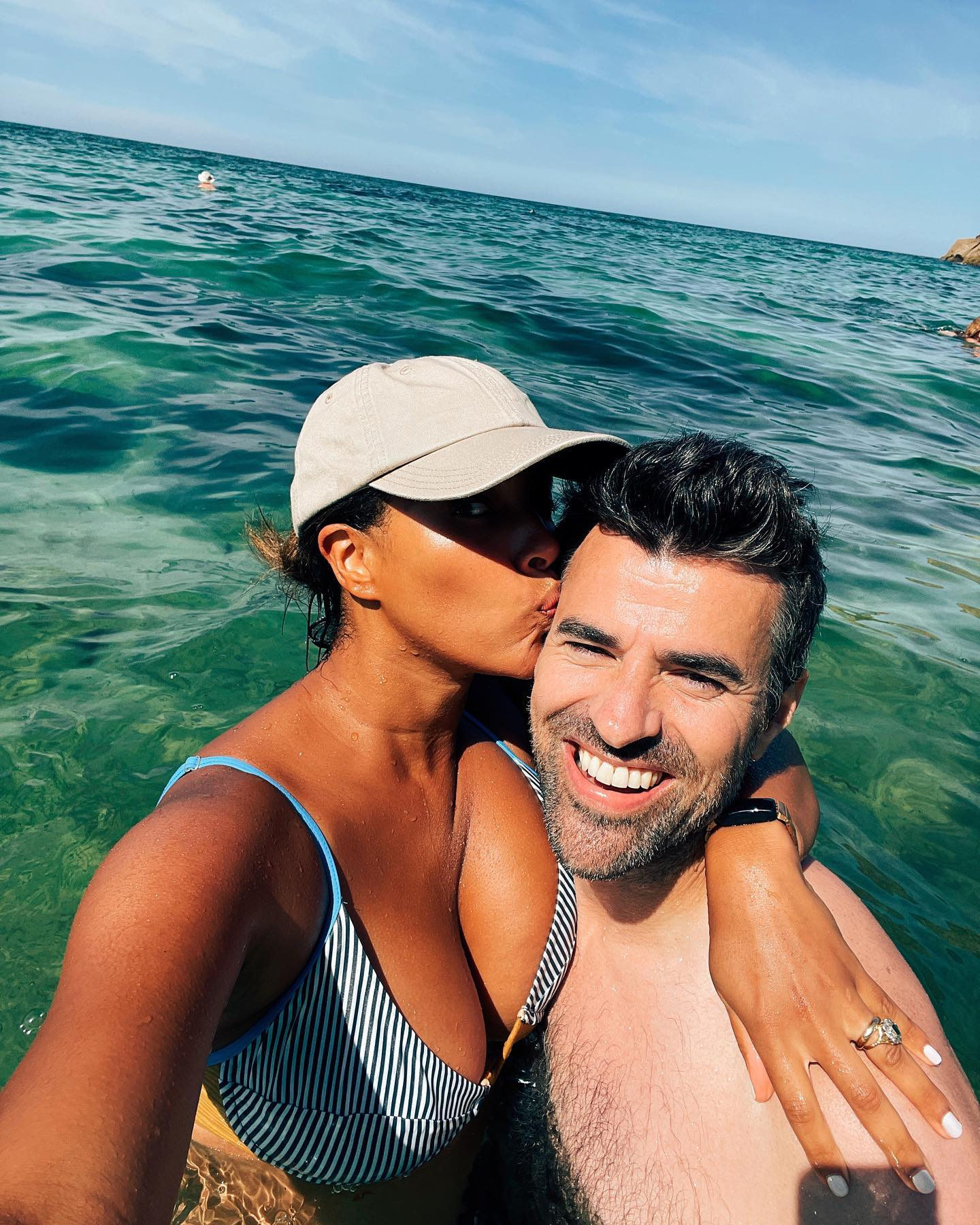 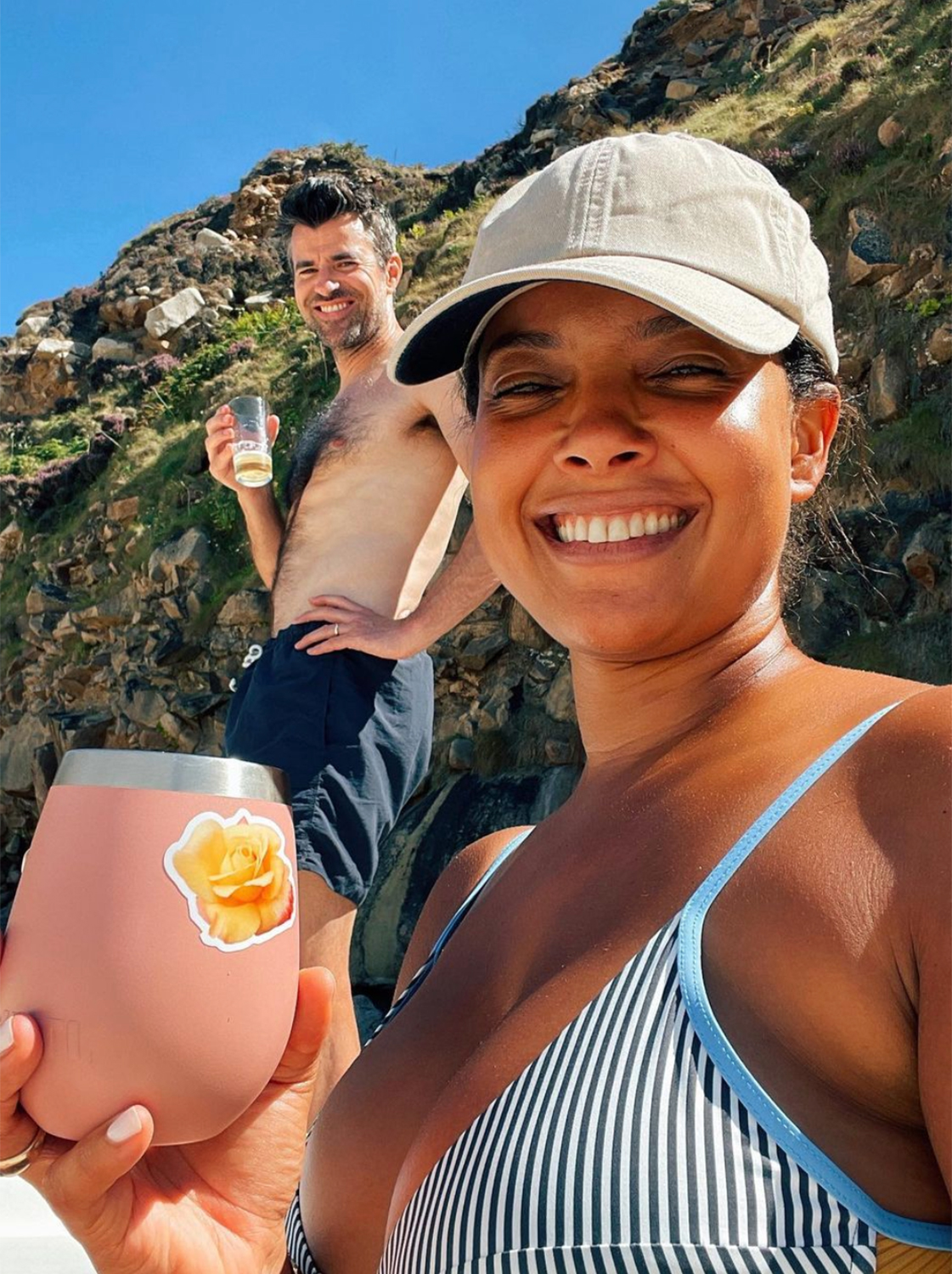 The couple – who tied the knot in 2014 – are currently living their best lives on the south west coast.

Phylicia, 36, gave a sneak peek at what the lovebirds have been up to during their time off.

In one snap, the writer looked incredible in a blue and white striped bikini as she gave her husband a peck on the cheek.

In another Steve took in the beautiful scenery on a dog walk with their pooch Frankie. 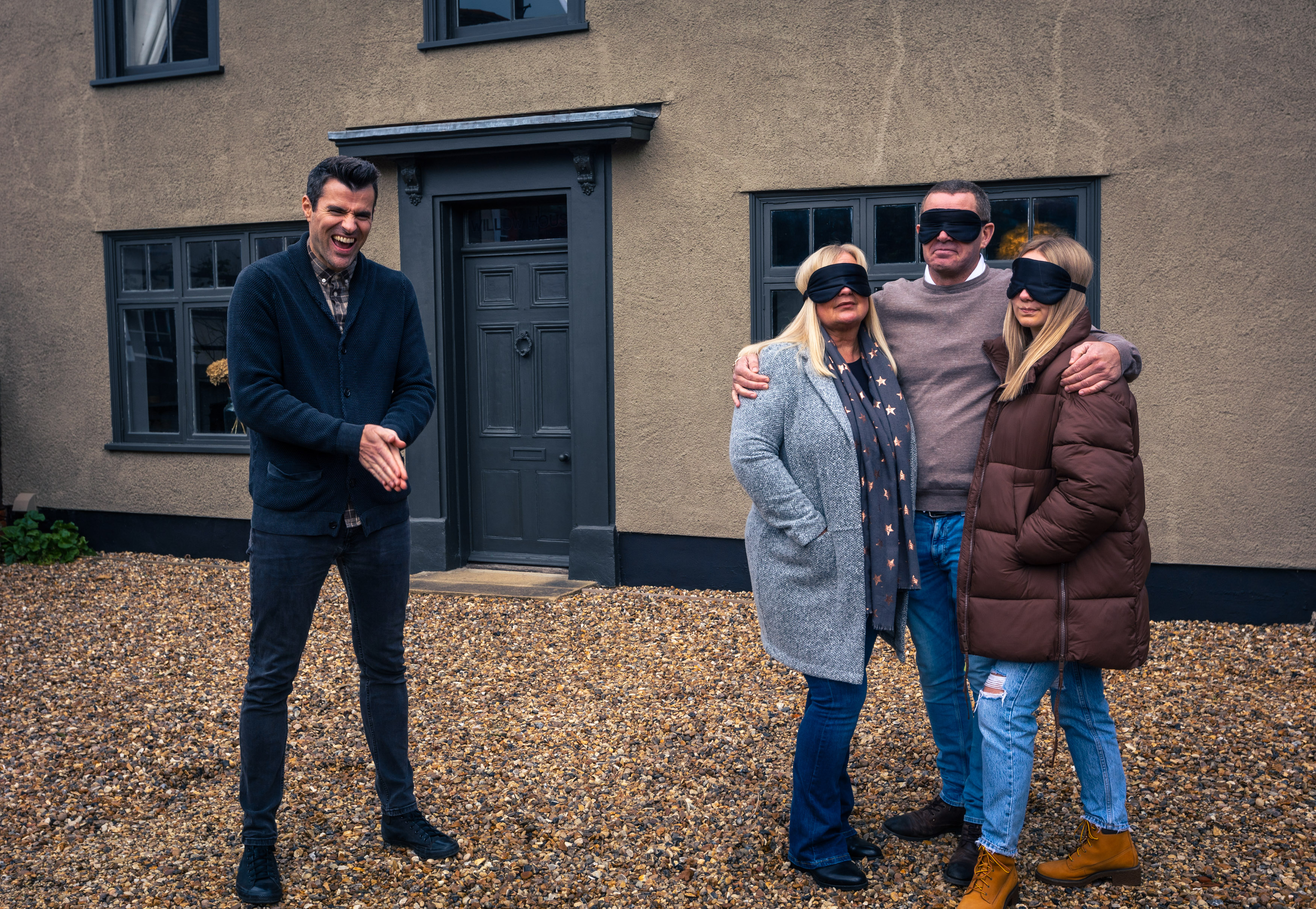 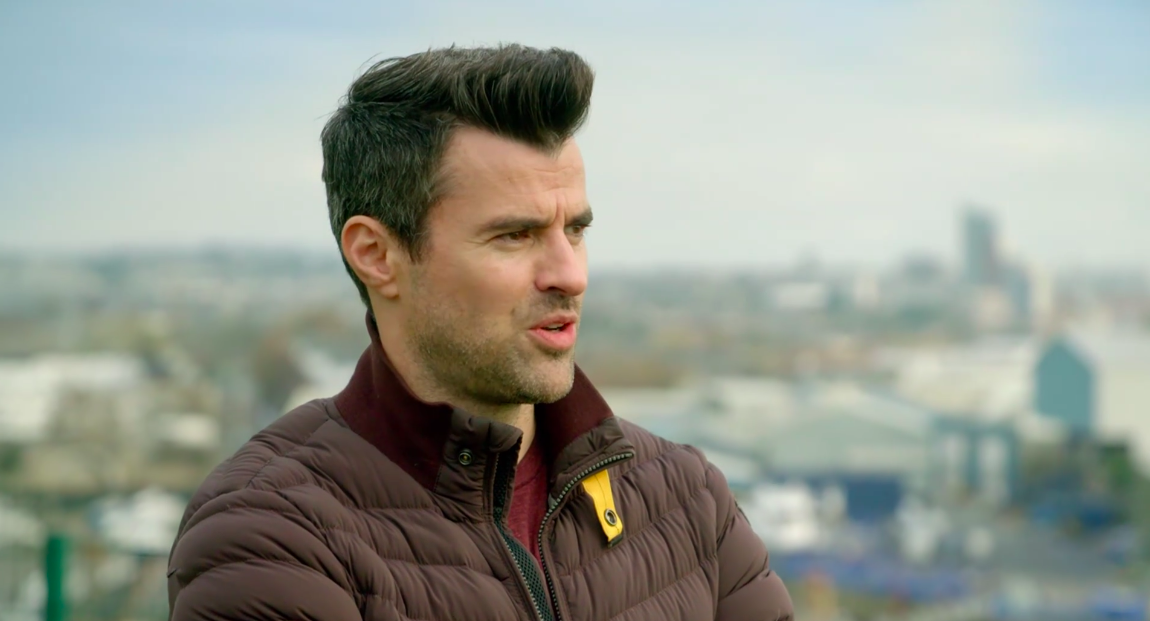 The pair also enjoyed cocktails and incredible food on the beach.

The telly host drives blindfolded families across the UK in the back of a van in a bid to find them a dream home.

Maisie Smith and Max George snog in the pool at £1,000 a NIGHT Mallorca hotel 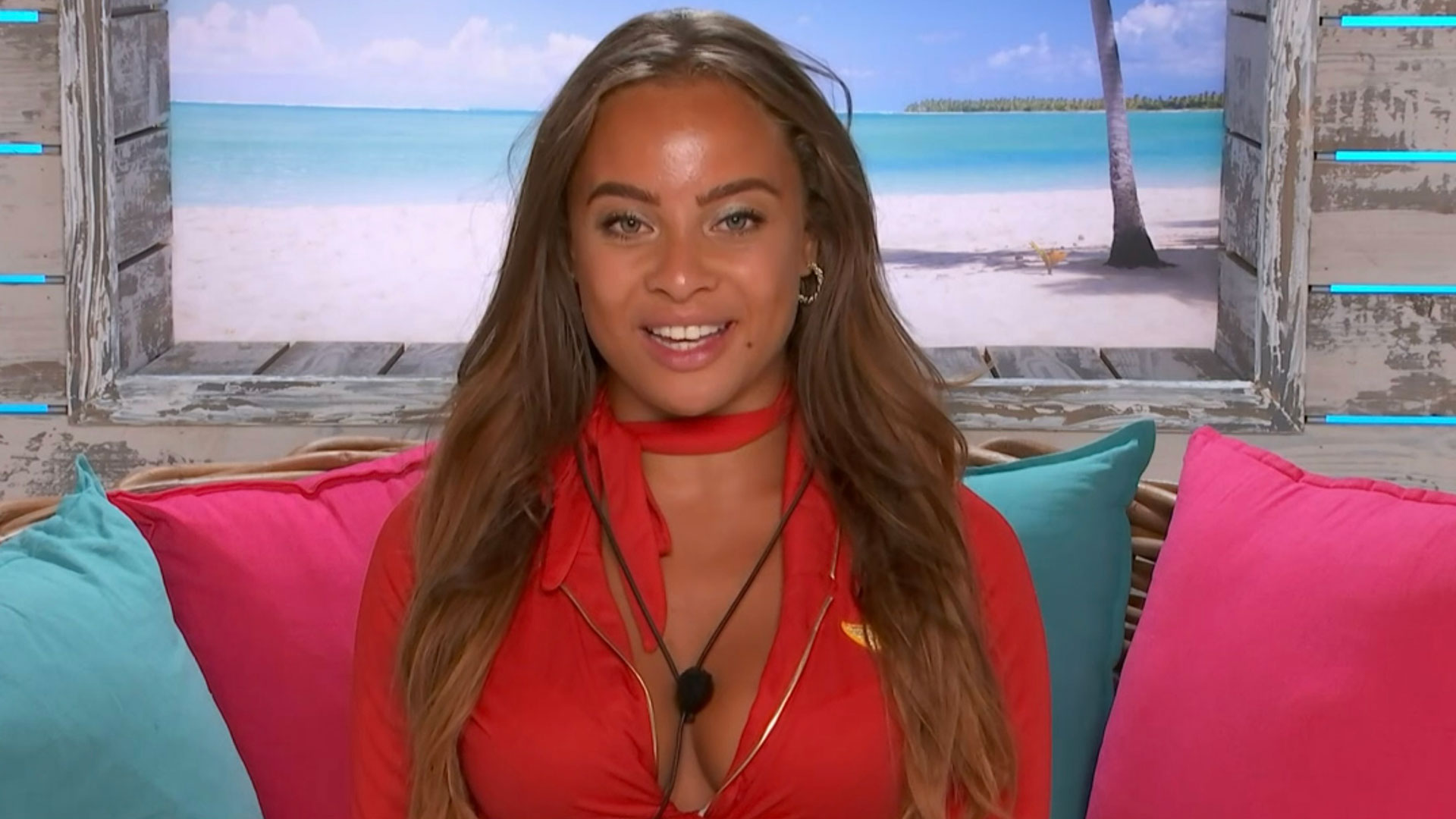 And the new show has inspired him to move to the coast.

The programme aims to show people how far their money can go in locations they wouldn't normally consider and leaves them with a big decision: stay local or take a leap of faith and start a new life somewhere far away.

After driving hundreds of miles across the country over four hour-long episodes, Steve says it has "100 percent" inspired the couple to consider a move of their own.

Currently living in a charming country home in Bray, Maidenhead, they are now discussing a big move to the seaside.

In an exclusive interview with The Sun, he said: "Myself and my wife have talked a lot about living on the coast and there are a couple of coastal properties we looked at and I thought ‘do you know what? I really could see myself here. This is a lovely part of the world.'

"I don’t want to say exactly where because it might ruin the reveal in the show. It definitely inspired me, which I think bodes well because that’s what the show’s about. It’s about inspiring the viewer as well to embrace what could be a different way of looking for your future property."

Steve and Phylicia met in 2009 in America.

Steve was working on The X Factor USA, while X was making money as a photographer.

She later moved to the UK in 2013, and then a year later they got engaged. 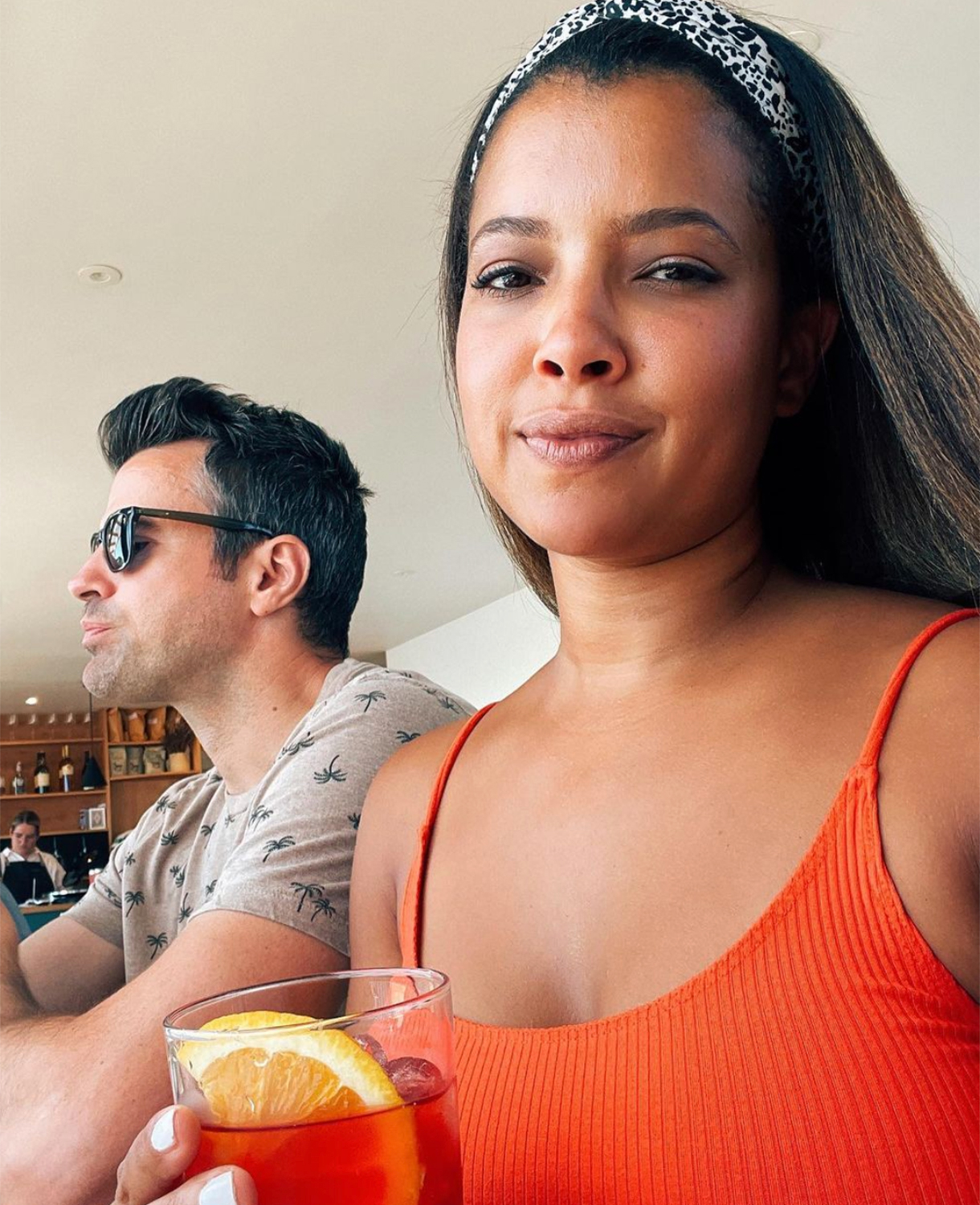 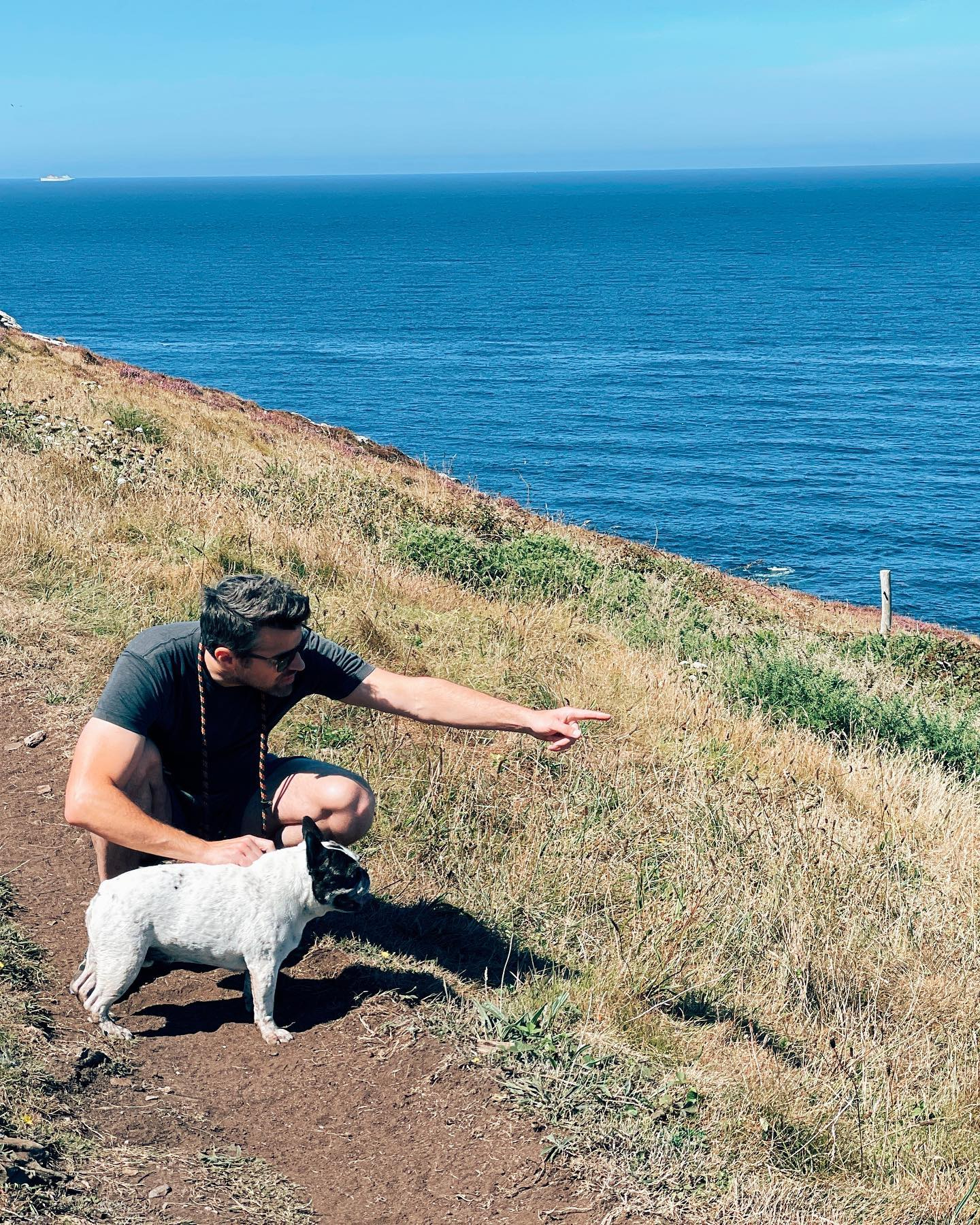