Steph, 37, has been a familiar face on BBC Breakfast for some time, presenting the business segment as well as hosting the show on numerous occasions. However, it has been reported the BBC star will be stepping down from her role to host a show on rival broadcaster, Channel 4.

The presenter will host her own programme, The Steph Show, every weekday from 6am until 9.15 am on the rival network.

Steph said: “I’m really chuffed to be creating my own live show with Channel 4 in Leeds.

“It’s going to be nerve-wracking, but there’s nothing I love more than finding out what makes people tick, whether it’s a famous face or someone we haven’t met yet who has a cracking story to tell.

“This is a dream come true for me and I can’t wait to get started next year.

“Just a small matter of having a baby first!” 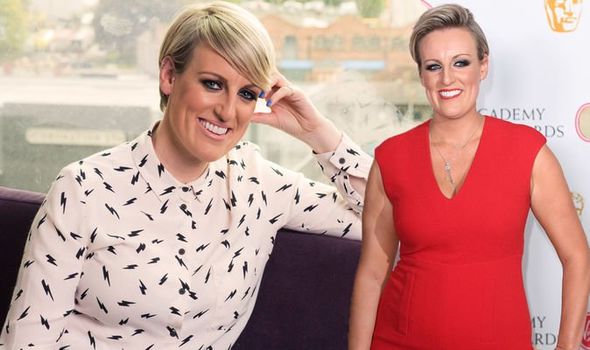 Dan Walker, 42, has seemingly confirmed the star will be stepping down from her role on BBC Breakfast in a post on Twitter.

The presenter wrote: “Well done @stephbreakfast (I imagine you’ll have to change that now) Consistently brilliant.”

With the timings of the Channel 4 show being at the same time as the BBC flagship programme, it seems the host has suggested the business reporter has quit her role.