Home » TV & Movies » 'Stargirl' Season 2: Eclipso Claimed His Next Victim in Episode 10, Is the JSA Doomed?

Just when you thought that the Justice Society of America’s luck with Eclipso couldn’t get any worse, The CW‘s Stargirl proves you wrong. Stargirl Season 2 Episode 10 showed the fallout of Courtney learning Pat’s secret as the father/daughter duo traveled to Civic City to find Jennie. But we have a feeling that the tension between Courtney and Pat is all but gone after the surprising end of “Summer School: Chapter Ten.” 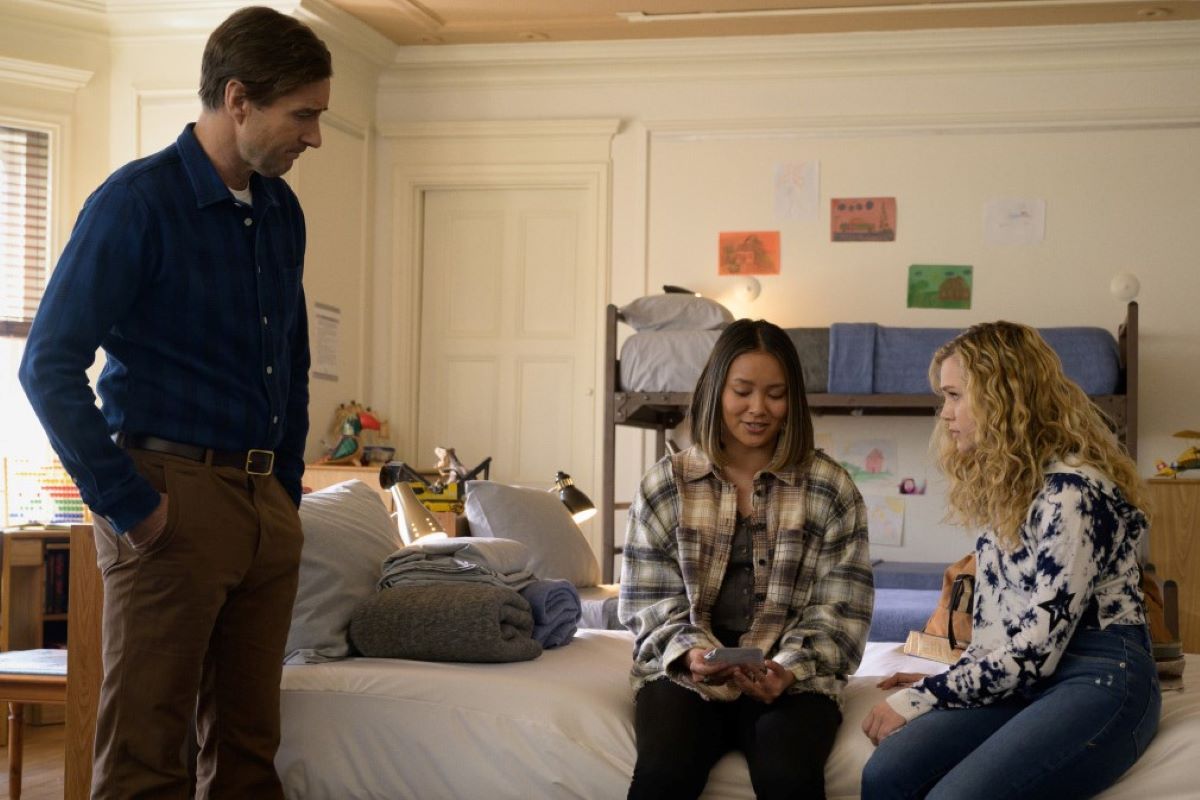 What happened in ‘Stargirl’ Season 2 Episode 10?

In Stargirl Season 2 Episode 10, Courtney was mad with Pat for keeping another secret from her. As you may recall, in the previous episode, Courtney learned that the old JSA killed an innocent man, Bruce Gordon, to stop Eclipso. Pat didn’t want Courtney to see the team of superheroes or himself in a different light. But Courtney made it clear that his dark secret had changed her view of her stepfather. Despite their fight, they still had to focus on stopping Eclipso.

The Shade crashed into their kitchen, still injured from his fight against Eclipso back in episode 6. He informed Courtney, Pat, Barbara, and Mike that the only way to stop Eclipso was to put the black diamond back together. By doing so, they could trap Eclipso in the diamond again. Courtney tried to use Cosmo to fix the diamond, but it didn’t work. Pat and Courtney decided that they would go to Jennie for help.

The two of them traveled to Civic City, where Jennie was looking for her brother. They found her at a youth rehabilitation center called the Helix Institution, where her brother was staying. Unfortunately, a nurse there, Louise Love, told Jennie that her brother had disappeared. In reality, though, she lied to her, but that’s a story for another time. Courtney, Pat, and Jennie headed to the JSA headquarters, where Jennie used her ring to fix the black diamond. But The Shade lied to them. By reforming the diamond, they healed The Shade and summoned Eclipso. Once Eclipso arrived at the end of Stargirl Season 2 Episode 10, he absorbed Courtney into the shadows like he did with Cindy in episode 6.

Will The Shade help the JSA get Courtney back?

Stargirl just isn’t the same without Stargirl herself. With only two episodes left in Stargirl Season 2, it doesn’t seem possible for the JSA to defeat Eclipso. Courtney, Yolanda, and Rick are all sidelined and in awful situations. Of course, Yolanda can just decide to come back, and Rick can be freed from prison and hopefully repair his Hourman necklace. But how in the world are they going to get Courtney back?

When Eclipso absorbed Cindy into the shadows in Stargirl Season 2 Episode 6, it was as if she died. But, after Eclipso did the same to Courtney, we feel that Pat and the rest of the JSA will stop at nothing to get their leader back. Stargirl Season 2 Episode 10 may have made the JSA’s fight against Eclipso seem hopeless, but there’s still the possibility that another villain can help them.

Jonathan Cake, who plays The Shade, recently spoke with ComicBook.com about his character’s decision in Stargirl Season 2 Episode 10. Cake said, “I will say the most important thing to remember all the time about him is that not only does he have this deeply divided self in terms of the internal struggle between his own forces of good and evil, but he’s also supremely intelligent, and sometimes I think he needs to seem villainous to try to perform a greater good.” So, while he lied to the JSA, we think that The Shade has a bigger plan to defeat Eclipso. Hopefully, that includes saving Courtney.

It looks like Pat will get the JSA back together so that they can find a way to save Courtney. But in the preview for the episode, Cindy tells Courtney that they can’t escape. So, we have no idea how Stargirl will be saved, but we have to believe that the JSA will stop at nothing to find her and bring her back to Blue Valley.

Stargirl Season 2 airs on Tuesdays at 8/7c on The CW.