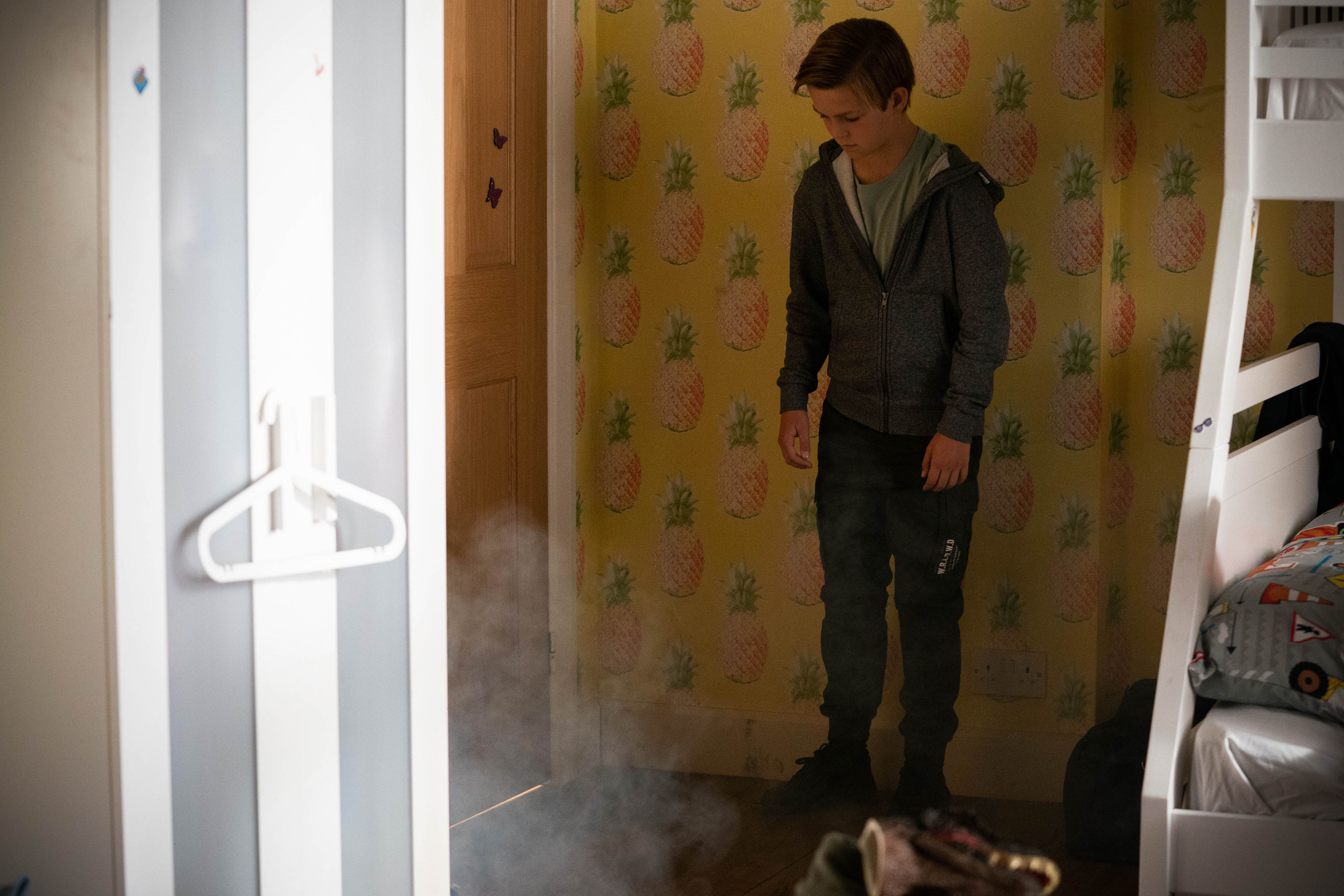 There’s danger ahead for Tommy Moon in EastEnders as he’ll soon be caught in a fire with Janine Butcher (Charlie Brooks) and her daughter Scarlett.

In the midst of the drama, no-one notices Scarlett’s jumper landing on the lit hob.

As the flames start to rise, we pick up the drama as Janine finds Scarlett and Tommy in Tommy’s bedroom, but the young lad locks the door and tosses the key straight down a crack in the floorboards.

Trapped in the bedroom, the three of them soon realise there’s a fire and they need to get hold of the key.

As they attempt to escape, an explosion goes off…

Walford residents work together to save the people trapped inside, but will everyone make it out alive?

If Tommy doesn’t survive, what could it mean for Kat (Jessie Wallace) if she thinks Janine is responsible?