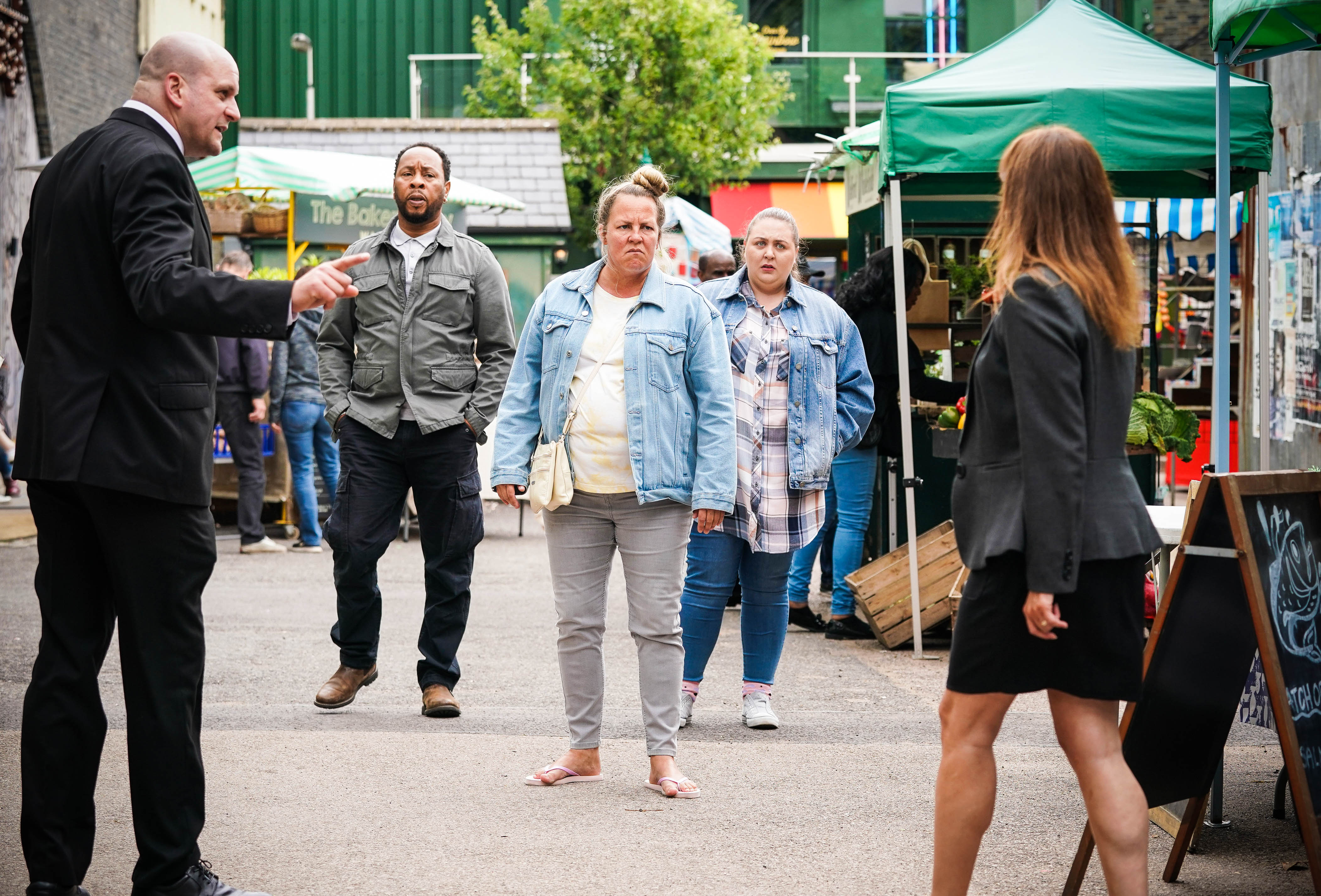 New EastEnders images have been released that show the moment the Taylor family confront Rainie Highway (Tanya Franks) about her drug use.

Convinced she knew the truth, Rainie decided to hang up flyers, exposing who Annie’s dad really is, which angered Mick hugely.

After threatening Rainie, Mick knew he had to take drastic action and met up with the Taylors.

With Bernie being the Highway’s surrogate, Mick’s lies could destroy Rainie’s hopes of becoming a mother – something she so desperately wants.

Coming up, concern will understandably grow, so the Taylor family decide to confront Rainie and Stuart (Ricky Champ) about Mick’s accusation.

But how will they react?

Could Stuart’s anger reignite if he realises his long-term friend has lied about Rainie?

And what could this mean for Mick and Linda?