Home » Spoilers: Sharon and Harvey connection confirmed as she targets Sam in Corrie 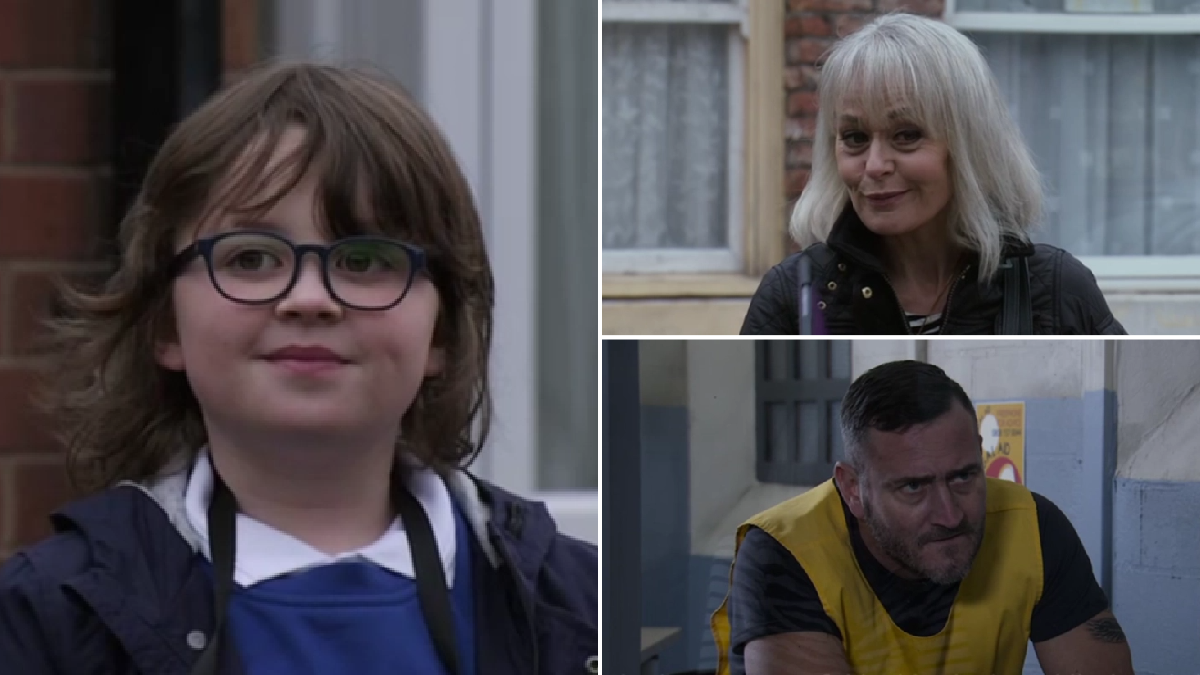 Sharon Bentley (Tracie Bennett) returned to Coronation Street last week but there was no delaying in the reveal as to just what she was up to as tonight we discovered the real reason behind her return to Weatherfield.

Viewers previously saw Sharon ask Rita (Barbara Knox) for an update on Leanne’s (Jane Danson) life, which sparked speculation that she may somehow be working for drug lord Harvey (Will Mellor) given the fact that Leanne and Nick (Ben Price) are currently in hiding.

A catch-up with Gail (Helen Worth) and Sally (Sally Dynevor) didn’t go as well as Sharon had hoped as Gail picked up on Sharon’s nosy behaviour and made a swift exit.

A visit to the prison surprised viewers tonight. Will Mellor made his return as Harvey and it was revealed that not only was Sharon working for Harvey, she’s also his auntie.

Going about his usual threatening ways, Harvey told Sharon that she wouldn’t be anything if it wasn’t for his late dad – and proceeded to tell her she needed to try harder with contacting Leanne to get her to change the evidence so they can ‘all live happily ever after.’

Knowing she had to try again, Sharon made her way to Gail’s house and met Shona (Julia Goulding).

Using her friendly façade, Sharon managed to get Shona to tell her all of Gail’s important contacts were held on her tablet so, after some sleight of hand, Sharon pocketed the tablet.

An afternoon with Jenny (Sally Ann Matthews) and Gemma (Dolly-Rose Campbell) wasn’t what Sharon needed. While Gemma and Jenny were busy, Sharon hacked into Gail’s tablet (probably best to change your password now, Gail) but once she found Nick’s number, Sharon ended up at another dead end – Nick’s phone had been disconnected.

Jenny was initially sceptical when she saw Sharon had Gail’s tablet, but she covered her tracks and, on her way back to Gail’s to return her device, she bumped into an innocent Sam (Jude Riordan).

Sharon returned Gail’s tablet, but seconds before the credits rolled, she told Sam she could learn a lot from him – clearly hinting at the fact that he is Nick’s son.

If no-one realises Sharon is using Sam to get to Nick, how much danger could he soon be in?