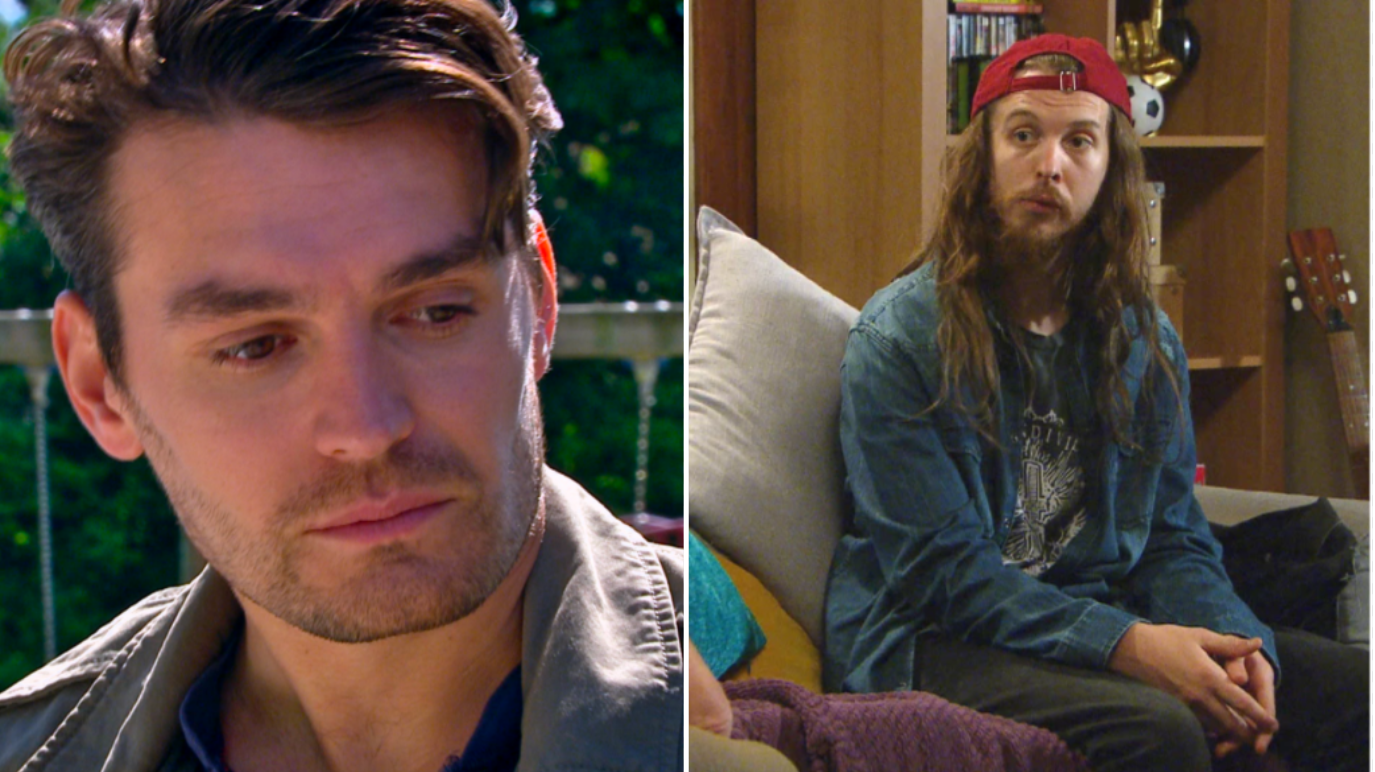 After Ryan (James Moore) discovered that Mackenzie (Lawrence Robb) had been unfaithful to Charity (Emma Atkins) in yesterday’s Emmerdale, tonight he was piling the pressure on Mack to tell Charity the truth.

Mack protested that he loved Charity more than any woman he’s ever loved in his life and begged Ryan not to break her heart, but Ryan wasn’t budging, saying either Mack confessed to Charity by the end of the day or he would do it himself.

‘I’ve had loads of relationships in my life, most of which haven’t been much cop other than Vanessa (Michelle Hardwick), and I managed to screw that up well and truly,’ she said, adding that things were different with Mack. ‘He’s a complete loser – but he’s my loser,’ she told her son.

Despite this, Ryan still thought Charity should know the truth and once again pressed Mack to be honest with her. Mack, however, was not prepared to do that and realising that he couldn’t change Ryan’s mind, he turned nasty.

He said that if Ryan said something to Charity it would be his word against Mack’s – and he made it clear that he would go as far as necessary to keep his secret, even if it meant that Charity would turn against her son. He asked Ryan if he would really ‘risk her rejecting you again – because that’s what’s going to happen.’

Charity and Ryan were reunited in 2018 after Charity thought her son had died at birth. It took a while for them to become close, and Ryan was upset when Charity delayed telling the rest of the family about him.

There was more friction between them following the death of his adoptive mother, Irene. Mack supported Ryan after Irene died, so he knows that Ryan and Charity’s relationship has had its problems.

It seems that Mack will do anything to keep Charity from learning that he strayed – even if it means ruining the relationship between her and her son – or possibly even violence.

‘I can be very persuasive when I want to be,’ he warned a shocked Ryan. ‘I will do whatever it takes to keep this contained.’