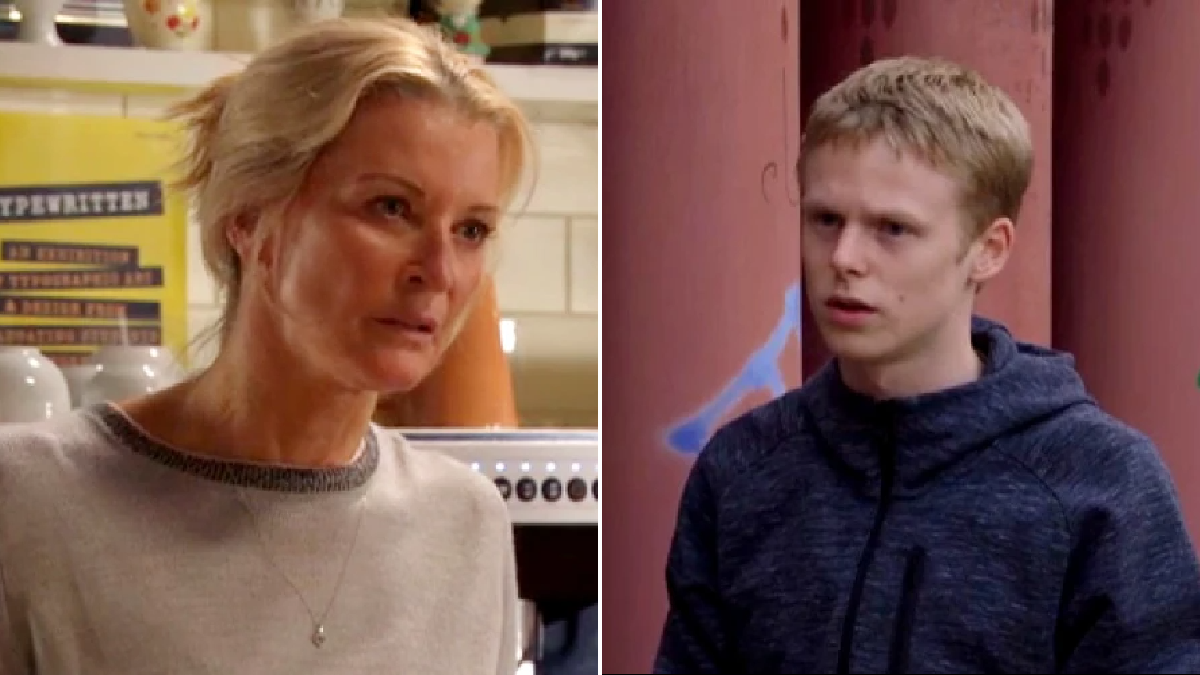 This article contains explicit discussion around an Islamophobia hate storyline.

Tonight’s episode of EastEnders saw scenes that confirmed the location of the new mosque.

Over the past few weeks, Bobby (Clay Milner Russell) and Iqra (Priya Davdra) have attempted to get enough signatures in their petition to have a new mosque in Albert Square.

With things going there way, tonight’s episode saw Kim (Tameka Empson) confirm the mosque will be in the building that was once the Argee Bhajee restaurant.

On Tuesday, viewers were left shocked when newcomer Aaron (Charlie Wernham) graffitied a swastika on the building.

As the episode progressed, Harvey discovered his son had attacked and hospitalised a Muslim taxi driver.

Successfully convincing his dad that he’s a changed and better man, Aaron left, and we found him on the phone.

Aaron was spray painting the Argee Bhagee, telling the caller their plan was back on and the new Mosque ‘ain’t ever gonna open’.

As Aaron left, viewers discovered he had painted a swastika on the wall.

Tonight, Kim told Kathy (Gillian Taylforth) the racist graffiti had been placed where the new mosque will be.

Kathy’s anger grew and she called Bobby, who later attempted to wash the paint off.

With the building’s future confirmed, will Aaron and his gang put their plan into place to ensure the mosque never opens?

How much danger are the Walford residents in?