Home » TV & Movies » 'Sister Wives': Kody Brown Was 'Morose' On His Wedding Day to One of His Wives

Kody Brown of TLC’s Sister Wives has always been open about the fact that each of his relationships with his four wives—Meri, Janelle, Christine, and Robyn Brown—is unique in its own right.

When Kody met his fourth wife, Robyn, she was divorced and wary of having her heart broken again—and he fell in love right away. Kody and his first wife, Meri, shared a sweet, youthful romance. Meanwhile, Kody and Janelle were friends first before their bond grew into something more romantic.

But when Kody married his third wife, Christine, things between them weren’t all hearts and flowers—at least not on their wedding day. In the Browns’ 2012 memoir, Becoming Sister Wives: The Story of an Unconventional Marriage, Kody and Christine actually admit that their wedding day left something to be desired. 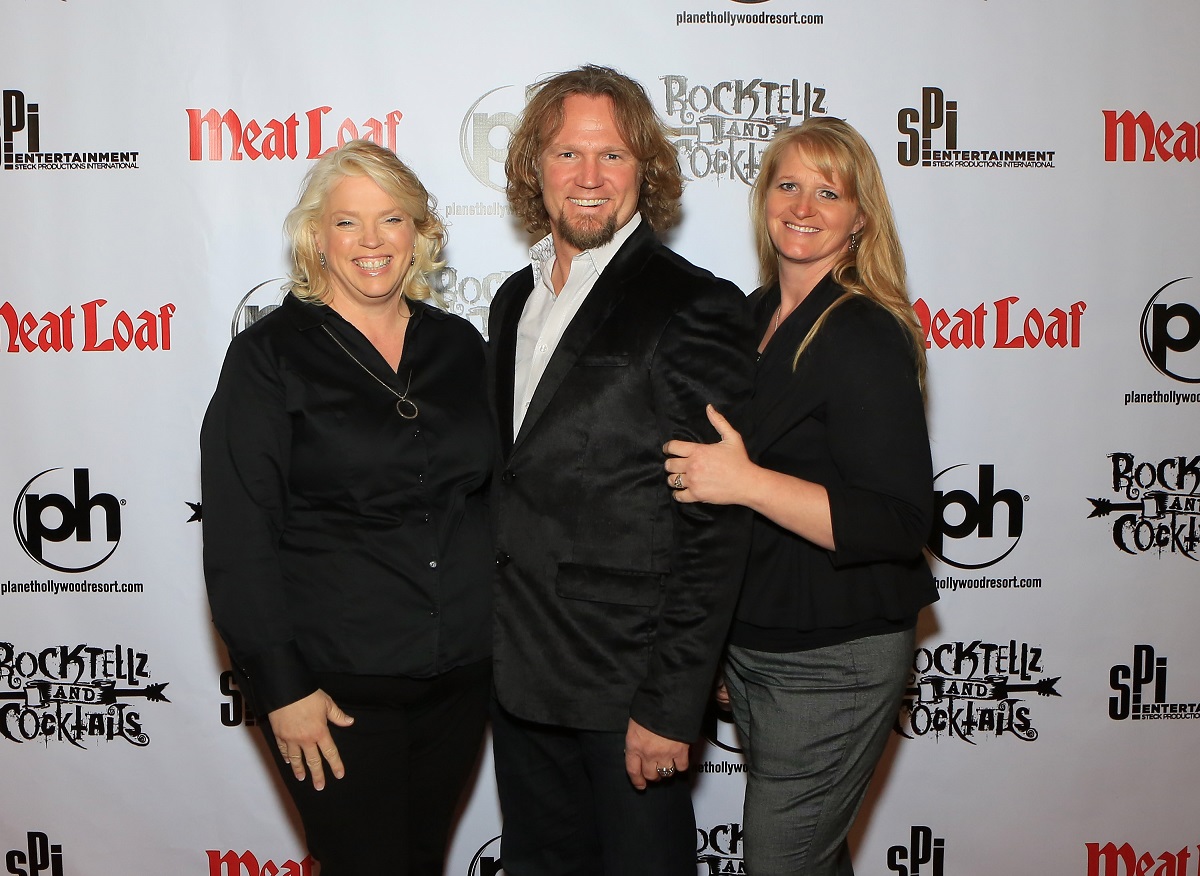 Christine was head over heels for Kody right away

While Christine—who met Kody, Janelle, and Meri through their shared faith, a sect of fundamentalist Mormonism known as the Apostolic United Brethren, or AUB—had a crush on Kody right away, his affections for her seemed to develop more slowly. Christine has always been open about flirting with Kody frequently and hoping that he would choose her to be his third wife.

When the Sister Wives stars began courting, Christine’s family was overjoyed. His father immediately granted his blessings to the union, letting Kody know that his daughter loved his future son-in-law deeply. In fact, Kody wrote in Becoming Sister Wives, Christine had already “pushed all other boys to the sidelines in favor of [him]” by the time they began dating.

Not long after they began courting, Kody and Christine got engaged. But, while Kody wanted to prolong the engagement, Christine wanted to get married right away.

“She insisted on setting a wedding date as quickly as possible,” Kody wrote of Christine’s rush to get married in Becoming Sister Wives. “She believed that a long courtship would be inappropriate and unfair on her new sister wives. She didn’t want to be running around with a married man.”

In addition to her fears that Meri and Janelle would get jealous of Christine and Kody’s courtship, his newest wife-to-be also felt she’d waited long enough. After all, she and Kody had been close friends for three years. Kody explained that he “wasn’t quite ready” to marry her, but they ultimately decided to tie the knot just six weeks after he proposed.

Christine thought her husband looked ‘morose’ on their wedding day

Although Kody and Christine did go through with their wedding, it wasn’t exactly the day Kody’s third wife had dreamed about.

Kody admitted that he’d “acted too quickly” and felt “in over [his] head” almost immediately after he proposed to Christine. After all, Janelle was already pregnant with the Brown family’s first child, and Kody was just 25 years old with two wives at home.

More importantly, Meri and Janelle had a tumultuous, often contentious, and tense relationship. They’d never gotten along, and Kody wasn’t sure how Christine would fit in with her sister wives.

The stress at home, combined with Kody’s pressure at a difficult job and the financial struggles of polygamy, left him feeling less than excited on the day of his wedding to Christine. He worried that Christine would be disappointed in their relationship, especially because she’d only known him as a fun, outgoing guy at church.

“I’m afraid I showed up at our wedding with what Christine calls a ‘thousand-yard stare,’” Kody wrote in Becoming Sister Wives. “Suddenly, I felt the weight of the world on my shoulders. I was nervous and apprehensive.”

As for Christine, she was heartbroken by Kody’s attitude on their big day.

“I was shaken when Kody showed up at our wedding with that look on his face. He was morose,” the Sister Wives star wrote sadly.

The couple said their romance took time to blossom

The new couple’s honeymoon wasn’t much more romantic than their wedding. Christine had had to plan the entire wedding herself, and Kody hadn’t put any effort into organizing a honeymoon trip. They simply drove to Montana—and it was more awkward than either of them had imagined.

“It was a tense trip, and I have to admit that I wasn’t my most cheerful self,” Kody wrote. “Christine and I had gone from being buddies to being married. We hadn’t had time to get used to each other, and I hadn’t prepared myself for the transition of adding a new wife to my family.”

Kody’s third wife admitted she was “devastated” that her husband hadn’t planned a romantic getaway for them. The tense drive to Montana made things even more real—and a lot less idealized—for her.

“Watching him drive with that look on his face made me unbearably sad,” Christine confessed, adding later: “I never doubted that Kody was the man of my dreams, but I began to worry that I’d married him too soon.”

Eventually, however, the Sister Wives couple worked out their issues and learned to communicate. In Becoming Sister Wives, Kody gushed over Christine’s fun-loving, peaceful personality, writing that it added greatly to the happiness and overall balance of their home. Meanwhile, Christine said that her romance with Kody was a slow burn, but “well worth the wait.”