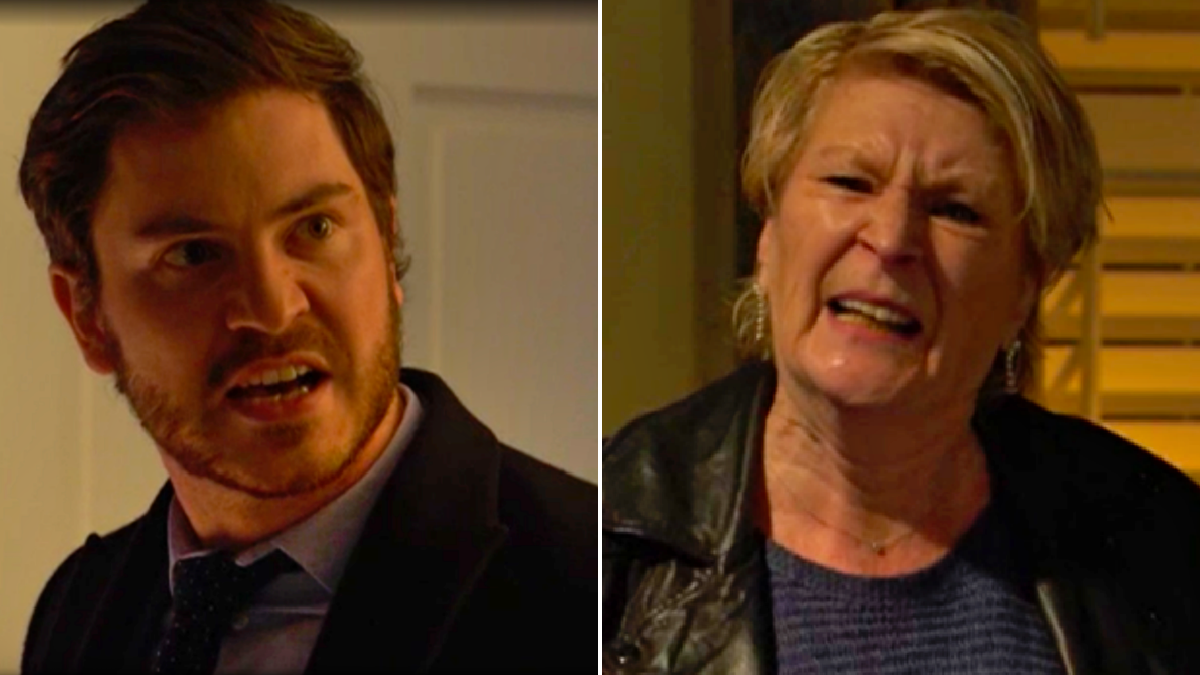 Shirley Carter (Linda Henry) claimed Gray Atkins (Toby-Alexander Smith) to be ‘dead inside’, as they had a huge showdown over Tina’s (Luisa Bradhsaw-White) disappearance in EastEnders tonight (February 8).

Mick (Danny Dyer) felt it was time to fill Shirley in on the truth about Ian Beale’s (Adam Woodyatt) attack, and therefore he dropped by No.1 in tonight’s edition of the BBC One soap to do just that.

Shirley was horrified to discover that Phil Mitchell (Steve McFadden) knew Tina was innocent this whole time, and yet he let her be accused and arrested for the crime.

She subsequently cut ties with Phil, and ordered Gray to do some investigating in an effort to locate missing Tina.

However, Gray claimed he had meetings, and Shirley wasn’t pleased about the solicitor’s lack of urgency regarding the Tina situation, and therefore she confronted him on the matter.

A heated showdown soon ensued, with Shirley arguing that Gray didn’t like Tina, and recalled how she never fell for his ‘nice-guy charm’.

‘She saw you for exactly who you are,’ Shirley exclaimed, ‘All that rubbish about how you understood my pain, you don’t know what pain is.

‘I lost my Tina!’, she yelled, as a realisation dawned on her. ‘And you were the last one to see her. And now she’s disappeared off the face of the earth.

‘She could be lying in a ditch, or at the bottom of the Thames. I might never see my Tina again, but you wouldn’t understand that because you are dead inside!’

Has Shirley worked out that Gray killed Tina? Will she continue to ponder her sister’s final movements and thus put two and two together?

That remains to be seen, but an irate Gray stormed out of the house, and found himself with an idea, as he spoke to a homeless woman at the side of the street — offering her cash if she comes with him.

What is it that he’s up to?

EastEnders continues Wednesday February 10 at 8pm on BBC One.