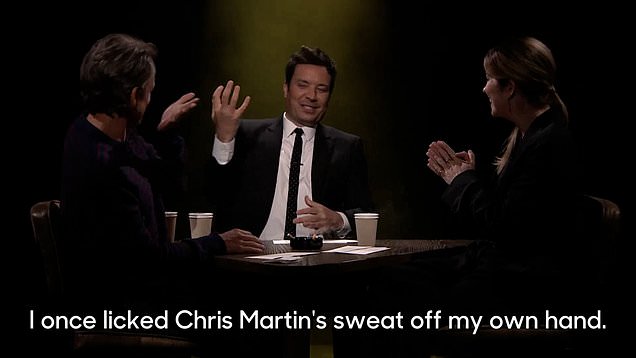 Schitt’s Creek star Annie Murphy has admitted that she once took her obsession with Coldplay a little too far, after licking Chris Martin’s sweat off her hand.

The Canadian actress, known for role as Alexis Rose on the hit sitcom, told the bizarre anecdote during an appearance on The Tonight Show with Jimmy Fallon.

Annie took part in a game of True Confessions with fellow guest Seth Myers during the show, revealing that the moment happened during a concert.

She read out a card containing the words ‘I once licked Chris Martin’s sweat off my own hand’, before making the admission.

‘If that’s true, that makes all three of us. We’ve all done this,’ host Jimmy joked.

Jimmy added: ‘So you were at a concert… you had good seats, I’m assuming?’ 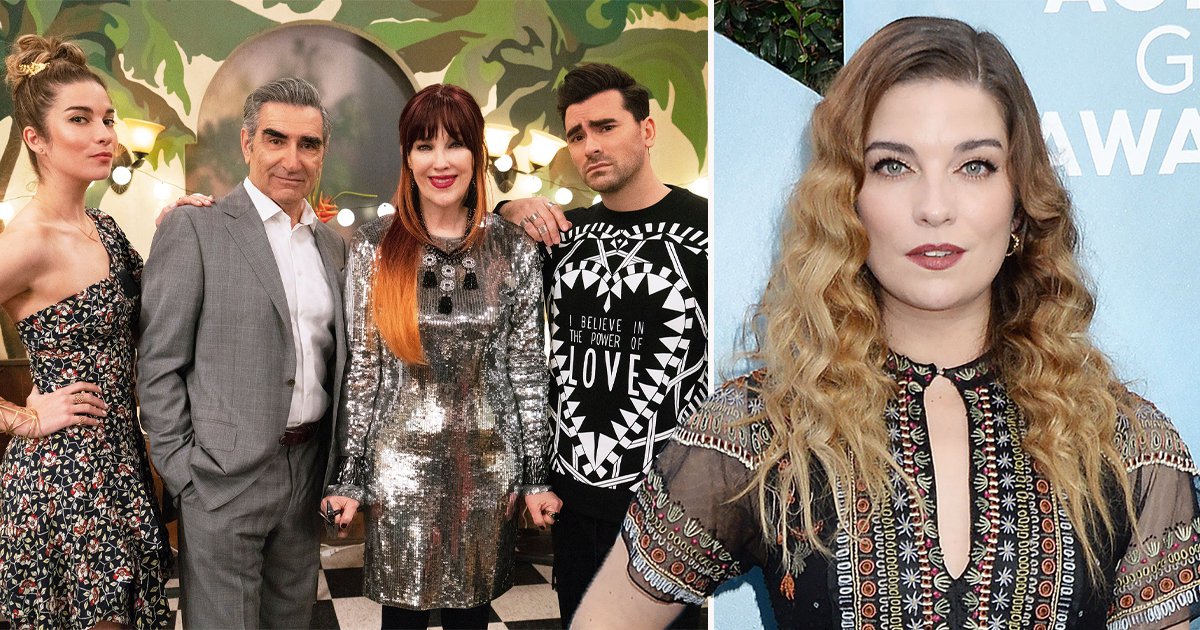 During the game Annie revealed that the event happened a decade ago before she found fame.

‘You grabbed him and he pulled away and then you had his sweat on your hand. Your immediate reaction was to lick it off?’ Fallon asked.

‘[My friends] looked at me with pride and disgust… I didn’t plan it. It was just a voice in my head that was like, “You need to do it.”’

It’s not something we’d necessarily admit to on national TV, but you do you Annie.

Schitt’s Creek, which focused on a privileged family who lose everything and are forced to relocate to a remote town they once purchased as a joke, ended last year after a six-season run.

It’s been more than a year since the tear-jerking conclusion of the comedy aired but Annie recently said she would ‘pay a lot of money’ for a movie adaptation of the comedy.

The actress also recently joined the cast of Russian Doll and will play a role in the second season of the Netflix hit.

Schitt’s Creek is available to watch on Netflix.