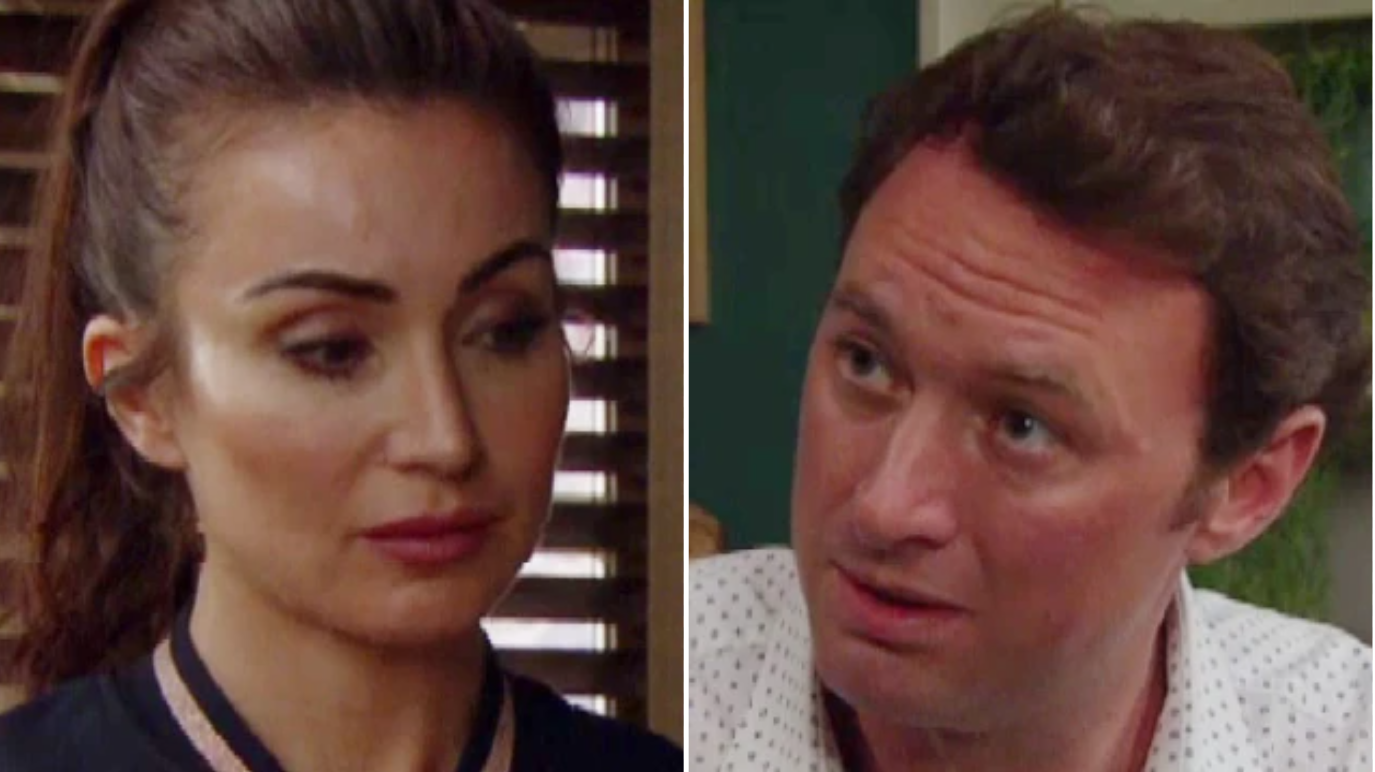 Life hasn’t been the same for Liam Cavanagh (Jonny McPherson) and Leyla Harding (Roxy Shahidi) ever since Leanna’s murder in Emmerdale.

Even after Meena (Paige Sandhu) was sentenced to life behind bars, the couple have struggled to reconnect and get back on track, which recently resulted in Leyla taking drugs to numb the emotions she was experiencing.

After a stint in rehab, Leyla returned to the village and initially thought living with Jacob (Joe-Warren Plant) would help her, but then decided to move back in with her husband.

As Leyla adapted to live back in the Dales, Liam opened up to Bernice (Samantha Giles) about his complicated life with his wife so far, fully aware things would be very different if his relationship with Bernice never ended.

Liam ended up kissing Bernice, and her reaction told us all – including Liam – that it was a big mistake.

Poor Bernice later told Leyla about the kiss as she misread her body language and thought she already knew and tonight, Liam couldn’t understand why his wife hadn’t addressed it.

Leyla was busy chatting with Suzy (Martelle Edinborough) when Bernice told Liam about her mistake, and they both felt terrible.

At home, the awkwardness between the couple continued.

After everything they have been through, this Liam and Leyla are not the same people we knew on their wedding day and suffice to say they’re struggling to work out what will happen next.

When Leyla acknowledged her feelings towards Liam’s kiss, aware she felt numb and didn’t have the energy to ‘throw his clothes on the lawn’, she knew she had returned too early.

Prioritising her recovery, Leyla told Liam that she needed to clear her head away from her home and allow herself time to breathe.

Right now, we don’t quite know whether Leyla means she needs to spend a longer period away from the Dales, or just her and Liam’s house.

As Liam fears for their future, will this couple ever find common ground and happiness?