Erika Jayne from The Real Housewives of Beverly Hills has at least one supporter in RuPaul’s Drag Race world as Alaska from multiple seasons of the series thinks Jayne is “innocent.” She pointed to the Tammy Faye Bakker controversy. Bakker became entangled in her husband’s shady dealings but was never indicted.

Alaska believes in the “innocent until proven guilty” stance. “I don’t know any of the, like, things that have come out in newspapers or whatever,” she said on the Behind the Velvet Rope with David Yontef podcast. 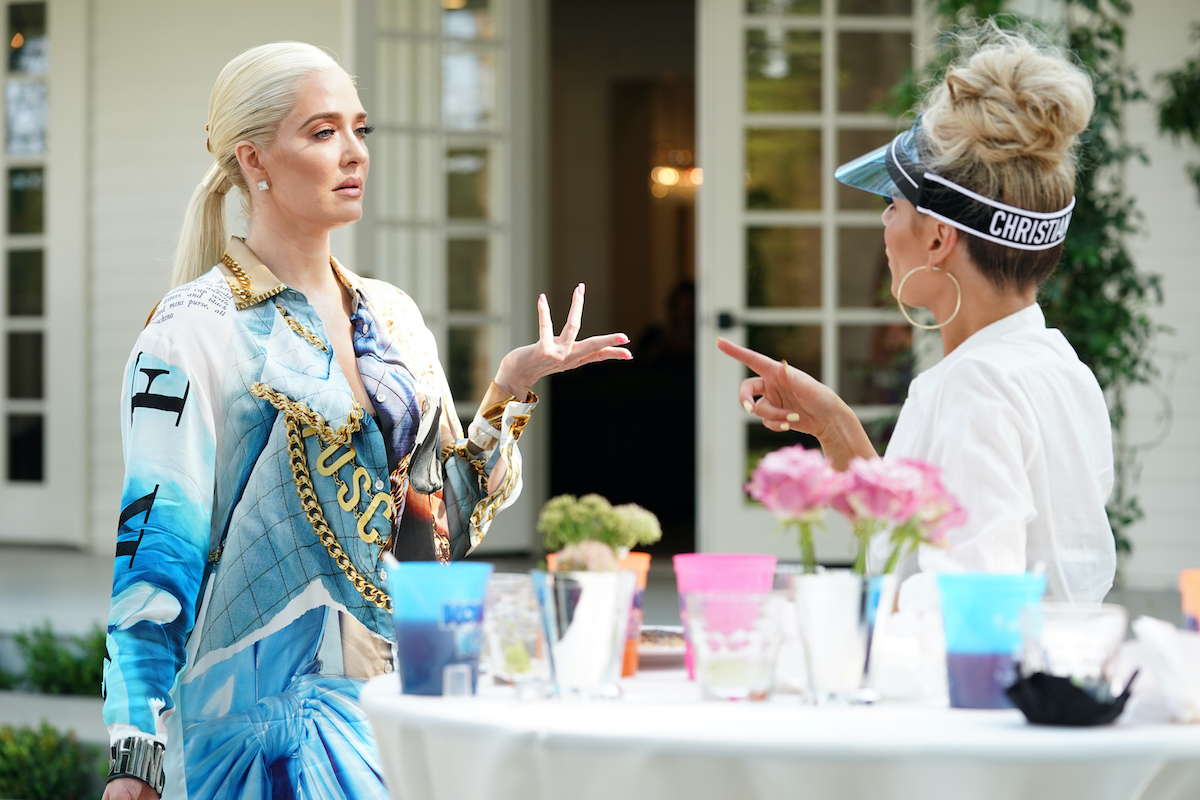 “I just know what I’m seeing on the show, which I know they filmed a year ago,” Alaska continued. “And so I don’t know the facts, but for me personally, I think Erika Jayne is innocent. I think that her husband did some sh*t and she had nothing to do with it and didn’t know and got entangled in it as the fall guy. That’s what I think I have no facts to back that up.”

Alaska added, “I don’t know if she’s in jail right now. Like, I don’t know, but I take the woman’s side and it’s also sort of the same with like the Tammy Faye movie is coming out. And I feel that way with Tammy Faye is like, her husband was doing some shady bullsh*t. And she got kinda caught up and wrapped up in it and it, and it wasn’t her fault.

How is the Tammy Faye Bakker and Erika Jayne case similiar?

Tammy Faye Bakker’s husband Reverend Jim Bakker was a televangelist who was exposed for using ministry donations to fund their extremely lavish lifestyle. Wild accusations of rape, drug dependency, and eventually embezzlement brought the empire to its knees. Tammy Faye Bakker was fully entrenched in the business. But she never went to prison. Jim Bakker did.

“Tammy Faye was not indicted,” TV anchor Suzanne Stevens, shared, ABC News reports. “But that was the big talk: How could she have not known? She was wearing fur coats, she was wearing rings.” The Bakkers divorced once Jim Bakker was in prison. Tammy Faye Bakker died in 2020.

Like the Bakker case, Jayne’s husband Tom Girardi is accused of embezzling millions from plane crash victims’ families. Also, like the Bakkers, Girardi and Jayne led over-the-top lifestyles. They are also the center of wild emerging scandals and events, which played out on RHOBH.

Does Erika Jayne know why the ‘RHOBH’ reunion is going to be supersized?

RHOBH executive producer and reunion host Andy Cohen revealed that the reunion will be aired over four episodes. This makes RHOBH one of the longest Housewives reunions ever. He shared the news on The Tonight Show and Jayne tweeted why the reunion will be supersized. “Now what would make it 4 parts?? Me.”

But the more Jayne reveals and does on camera, the harder it could possibly make her life. Attorney Lisa Bloom said Jayne’s spending on the show could be subpoenaed. This also includes unaired footage.

Bloom also believes that Girardi should be able to testify in his own defense. “I mean, look, doctors will testify about whether he has Alzheimer’s even at the early stages of Alzheimer’s most people have lucid moments and then moments where they’re less clear,” she said on the Behind the Velvet Rope with David Yontef podcast. “So he still should be able to testify to some extent I would think. I mean, of course, I don’t know. And yes, the divorce, that does seem a little fishy. Are they separating assets? I think everybody’s going to be looking at her assets too. Because they were married at the time that the money was allegedly stolen.”