King wrote the script with Jhoni Marchinko and Krista Smith 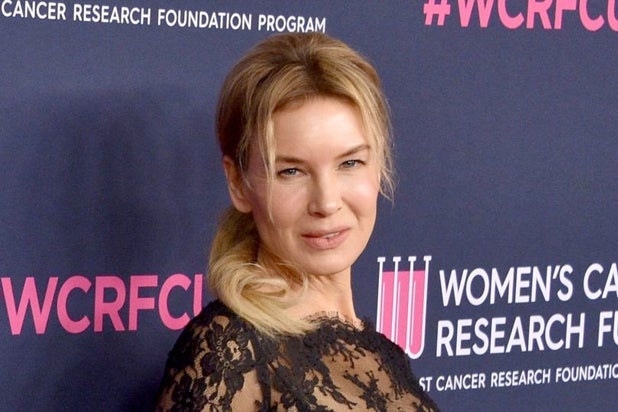 Oscar winner Renée Zellweger is attached to star in “The Back Nine” from writer and director Michael Patrick King (“Sex And The City”) and MRC Film’s Landline Pictures, the company announced Wednesday.

King wrote the script with Jhoni Marchinko and Krista Smith.

The logline for “The Back Nine” is as follows: “Casey Jones (Zellweger) gave up a golf career so that her husband could have one. When she wakes up one morning to find her 25-year-old marriage in free fall and her son off to college, she dusts off the clubs she tossed aside years ago in an effort to finally turn pro and redefine the ‘back nine’ of her life.”

“Jhoni and Krista and I are very excited to have the amazing Renee Zellweger do our movie ‘The Back Nine,’” King said in a statement to TheWrap. “A stunning actress with incredible range, she can make you laugh and cry and has a great golf swing. What more could anyone want?”

“Landline is so fortunate to launch with ‘Back Nine’ anchoring our inaugural slate,” Baer added. “It’s the PERFECT film for our mandate — star-driven, aspirational, relatable and wildly funny. Michael and Renee are a formidable team and are going to make a classic movie for a broad audience.”