Bohemian Rhapsody reminded the world (as if it needed reminding) of the extraordinary talents of Freddie. That he was an incredible songwriter is well know. He was a spectacular singer, we can all agree. May and Taylor have also recently drawn much-deserved attention back to his phenomenal abilities at the piano, but that is forever engraved in the history of music from iconic performances of the title song from Bohemian Rhapsody. Freddie was also one of the greatest showmen of all time. Most people would be thrilled with just one – but there is stills something else.

In a major new interview with Guitar World, Brian May has opened up about his much-missed bandmate.

The title of the publication is particularly apt for May’s comments about Freddie: “He was very good on the guitar, very unorthodox — all downstrokes. “He wrote the riff for Ogre Battle (from 1974’s Queen II). I used to play it with up and downstrokes, but he was all downstrokes. Imagine how fast his right hand was moving!”

And then May pays Freddie the highest praise possible.

QUEEN; BRIAN MAY DESCRIBES HOW FREDDIE MERCURY BATTLED WITH ANOTHER HUGE STAR 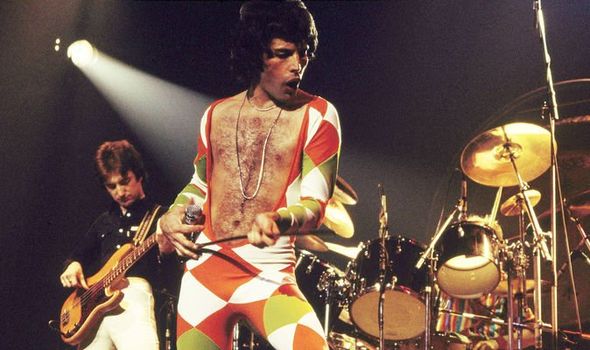 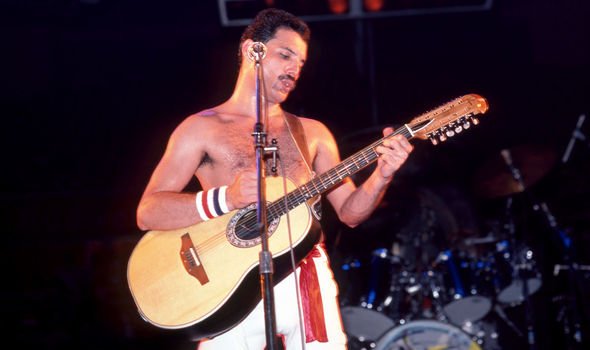 May added: “He had a frenetic energy on the guitar, which came across very well in that song. He played the rhythm on Crazy Little Thing Called Love. I wanted to sound as good as Freddie did on that record, which was damn good.”

High praise indeed, from one of the music’s all-time greatest guitarists.

But May also describes how Freddie eventually abandoned both the guitar and the piano. 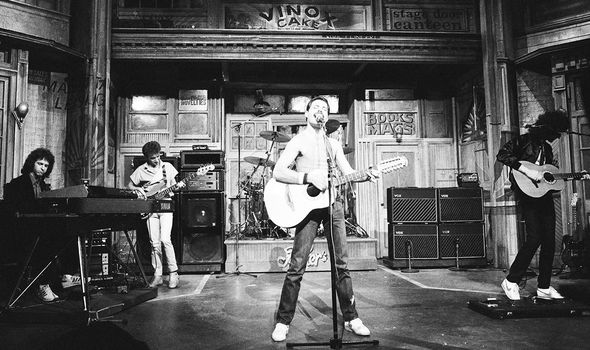 He told GuitarWorld: “He (Freddie) kind of left the guitar after a while and concentrated more on the piano. In the latter days, he even left the piano behind. He just wanted to be a performer who ran around and had the freedom to be a frontman.”

Nw, of course, Queen has a new frontman, Adam Lambert. They are about to kick off a mammoth North American stadium tour, keeping memories of Freddie alive and writing a new chapter in the history of the band.