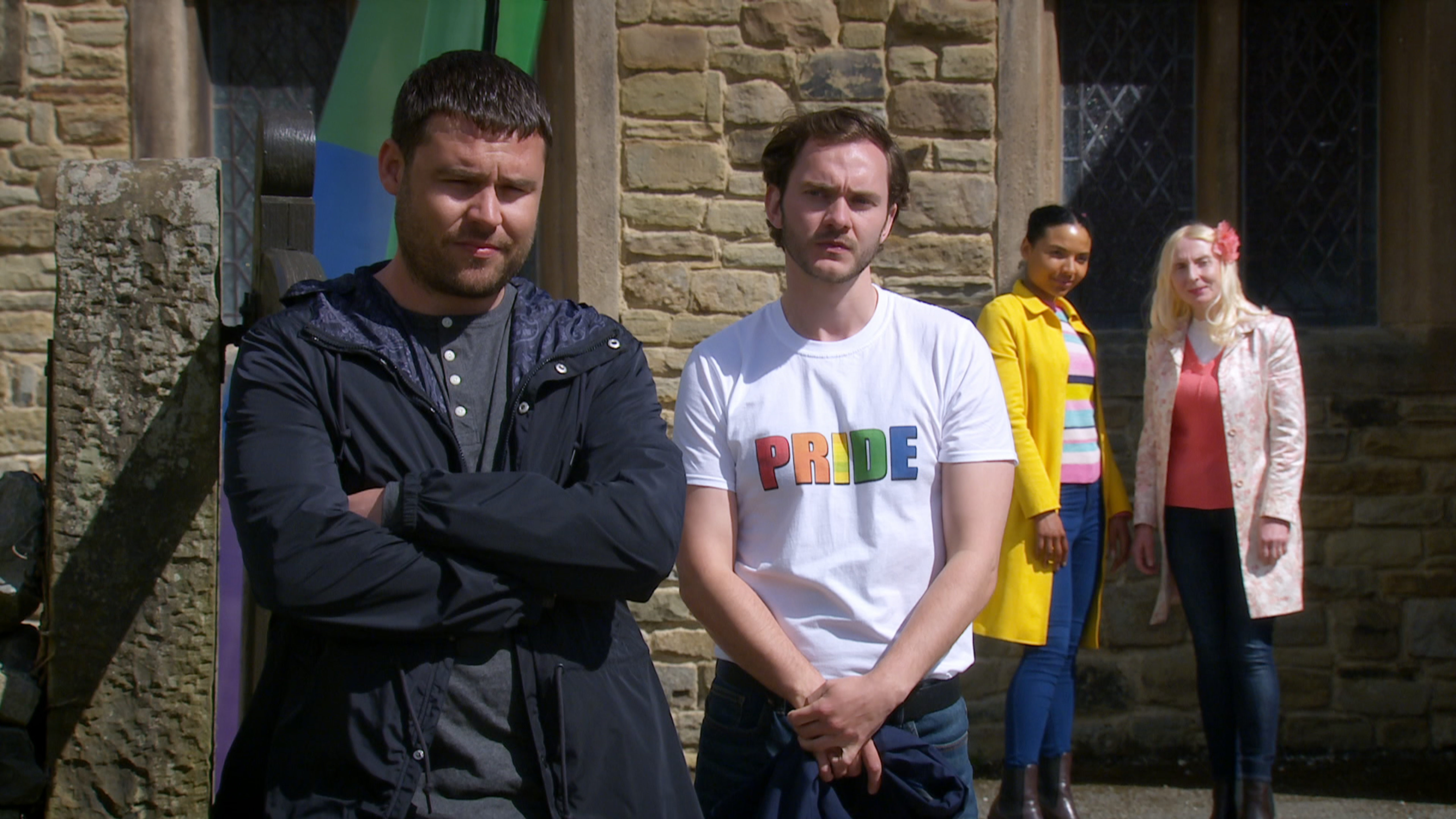 The following article contains major spoilers for this week’s Emmerdale episodes, which can now be viewed on ITV Hub in the form of a boxset.

Ben Tucker (Simon Lennon) is the subject of a huge Emmerdale mystery this week, as he receives a mysterious phone call that will leave viewers wondering what it is that he’s hiding.

But before all that, however, he attends Pride with boyfriend Aaron Dingle (Danny Miller)

It’s a joyous occasion, one filled with love and acceptance. That is, until a showdown in The Woolpack, which sees a drunk man spill alcohol over Aaron.

‘Don’t you touch me!,’ the older man shouts.

Ben is evidently perturbed by this showdown, and stays out of sight until the man has left. In fact, it appears as if he knows him.

Yes, in subsequent scenes, Ben assists this man in getting a cab, something which Liv Flaherty (Isobel Steele) witnesses.

Liv, still drinking, reveals what she saw to Aaron, and later accuses Ben of keeping secrets. Ben lies, claiming that it was a different man he helped into the taxi.

And afterwards, he receives a phone call that leaves him shook. 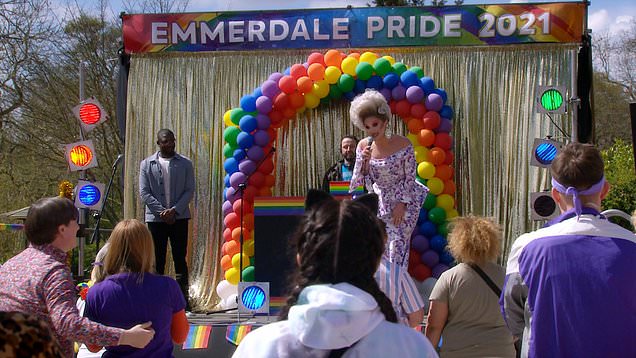 Just what is Ben hiding?

This episode, which will air on ITV later this week, can now be seen on ITV Hub.

With Euro 2020 having kicked off, the long-running serial drama’s regular broadcasting pattern has been altered.

Therefore, the decision was made to allow audiences the opportunity to watch all of this week’s editions online ahead of broadcast.

All of this week’s Emmerdale is now streaming on ITV Hub.