IndieWire asked Jeff Kaufman, the writer-producer-director of “Every Act of Life,” a documentary about Tony-winning playwright Terrence McNally, to remember the writer of the books for musicals “Kiss of the Spider Woman — the Musical,” and “Ragtime,” as well as “Master Class” and two plays that he adapted into movies, “Love! Valour! Compassion!” and “Frankie and Johnny in the Claire de Lune,” which were directed by Joe Mantello and Garry Marshall, respectively. On Wednesday, McNally, who had been fighting lung cancer, succumbed at age 81 from complications of the Coronavirus.

When I first spoke to Terrence McNally about making a documentary on his life, he said something like, “Everything you need to know about me is in my work. What is there to say?” As everyone who has seen or read Terrence’s plays, books for musicals, opera librettos, and screenplays knows, there is so much to discover (and appreciate) in the characters and worlds he created. However, the person Terrence willed himself to be — writer, activist, mentor, friend, husband — is equally full of inspiration.

Producer Marcia Ross and I met Terrence and his husband Tom Kirdahy while making our earlier documentary about the origins of the marriage equality movement. Terrence was a four-time Tony-winning playwright, and I was prepared for someone intimidating and full of himself. Instead, Terrence was disarmingly welcoming and open. As we filmed our interview, I was moved by how vulnerable Terrence let himself be when he talked about how much he loved Tom. He said, “Marriage is choosing to spend your life with someone and thinking of the two of you as ‘us.’ Us becomes more important than me, and that includes everything. It is a very profound pledge, and it makes me feel safer, more protected, happier, calmer. … I’m not alone in the world.”

That made a big impression on Marcia and me. A few years later we followed their lead and got married.

When we later made our film about Terrence, we encountered countless people whose lives had been dramatically changed by his work and personal example. Terrence McNally was America’s first major openly gay playwright, at a time — the early 1960s — when others feared that being out would kill their careers. He was equally a pioneer on stage. Producer Paul Libin said of Terrence’s 1964 play “And Things That Go Bump in the Night,” “It’s the first Broadway play with a positive, confident, openly gay character.” 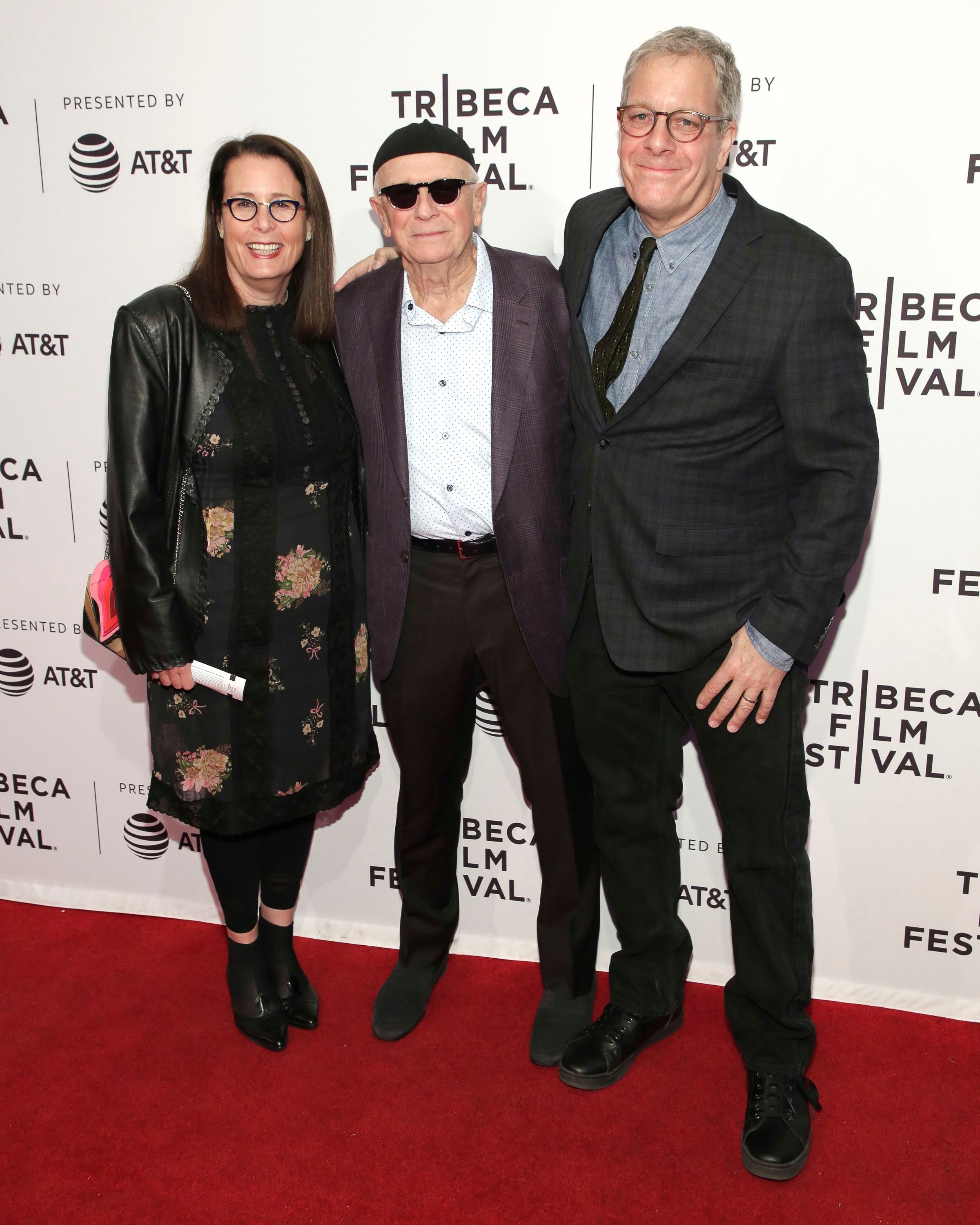 Producer Marcia Ross, from left, playwright Terrence McNally, and director Jeff Kaufman attend a screening of “Every Act of Life” at the SVA Theatre during the 2018 Tribeca Film Festival

Terrence went on, through brutal reviews and the heights of acclaim, to create the most wide-ranging playwriting legacy in the American theatre. Who else spent six decades challenging audiences and critics by moving from a radical gay sex farce; to a steamy heterosexual romance; to an epic American musical; to a poignant, timeless depiction of gay men facing AIDS and mortality; to an opera about a death row inmate? And that career summary barely captures the breadth and depth of his work.

This goes to the heart of one of the things I most admire about Terrence McNally: his deceptively quiet yet remarkably fierce courage. It takes a lot of guts to keep putting yourself on the line over and over again in new and risky ways. Terrence never played it safe.

Marin Mazzie, the wonderful actress and singer who tragically died in 2018, said of Terrence, “As an artist and a person, I learn from him every day.” I do, too.

Terrence died Wednesday at the age of 81. In an interview/conversation we had when he was 75, he said, “Someone told me that the average age expectancy now is 80. Half of our life is spent sleeping, or washing the dishes, or not noticing the person sitting next to us. But there are those times when life is electrifying and we’re really aware of what’s going on. How many moments do we live with that kind of intensity? I think art is trying to capture those moments, and say, ‘It’s worth it.’ I want more of those moments.”

That’s what Terrence gave to me and countless others. I want more of Terrence McNally.

Pelosi announces new committee to investigate Trump’s coronavirus response and to ‘root out waste, fraud and abuse’ – The Sun

CORONATION Street fans are desperate for the soap to give Geoff coronavirus as pay back for abusing Yasmeen. In recent