Johnny Depp discusses Pirates of the Caribbean in 2017

Johnny Depp last starred in a Pirates of the Caribbean movie back in 2017’s Dead Men Tell No Tales. This movie was released just a year before Depp’s ex-wife, Amber Heard, released an op-ed with the Washington Post where she accused him of domestic violence. Since then, the former couple have attended court for weeks at a time over a libel and defamation lawsuit. Depp ultimately came out victorious in the legal battle, but Disney had dropped him from the Pirates of the Caribbean series long before the results were announced.

Unfortunately, recent presentations from Disney seem to confirm he will not be coming back anytime soon.

While representatives from Marvel and Disney Plus attended the stage in full force, fans of the Pirates series were left cold. Many dedicated fans of the series were hoping to get some sort of update about the billion-dollar franchise and its next instalment.

Instead, Disney didn’t mention it. They filled their time with news on the upcoming Avengers movies and the new additions to the Star Wars universe.

Fans were not happy. One wrote on Twitter: “For the third consecutive #D23Expo we are left without Pirates news. It is not surprising since the 7 projects presented today have already been in production while the 2 Pirates projects do not even have directors attached which is strange. #PiratesoftheCaribbean #JohnnyDepp.” (sic) 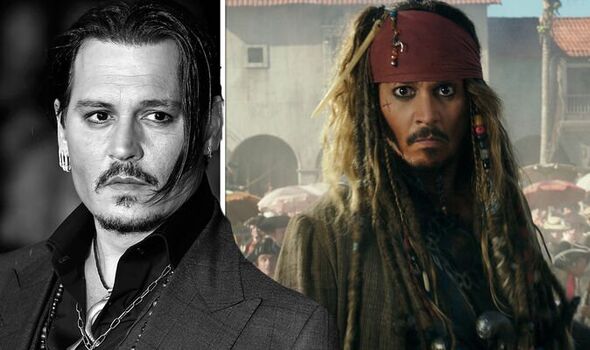 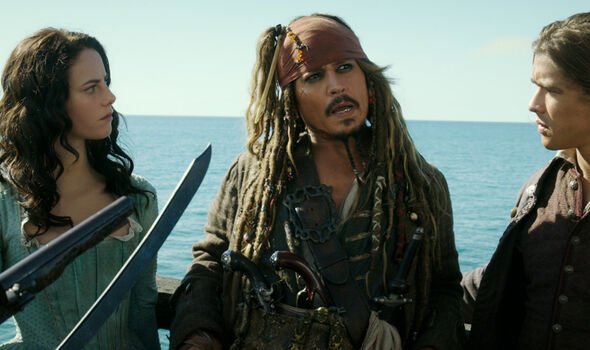 Bruckheimer told Comic Book: I’m very excited, it’s going to be terrific. We’re just working on the screenplay. One of the original writers, Ted Elliot, is helping write it. He has a great command of the characters.”

Fans will recall that Elliot was part of the writing team that brought the first Pirates movie – The Curse of the Black Pearl – to life. This bodes well for Depp’s return, however the actor himself has previously claimed he “didn’t want” to make a comeback.

During his defamation case, Depp discussed being dropped as Jack Sparrow by Disney. His termination came just after Heard’s op-ed was released, and although the company didn’t cite the feature article as the reason for his dismissal, Depp believed the two events were connected. 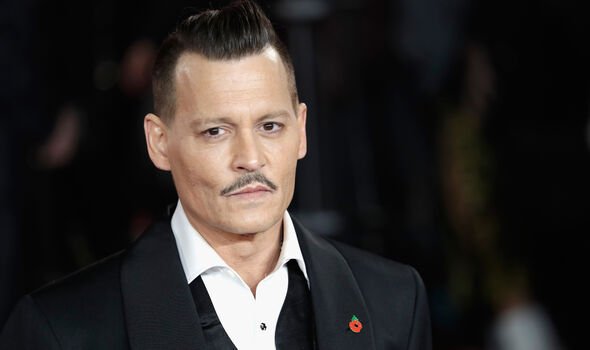 Johnny Depp star in trailer for The Brave in 1997

Obviously hurt by being dropped by Disney, Depp confessed he would “not” return to the series. He added he would not even come back if he was offered “$300 million and a million alpacas”.

The actor does have a lot of support to return, however. Not only are Elliot and Bruckheimer involved in the upcoming sixth movie, but the fandom are loudly demanding that Disney reinstate him.

A fan petition titled “We want JOHNNY DEPP back as CAPTAIN JACK SPARROW” currently has a staggering 877,605 signatures from impassioned viewers.

Despite this, production on the next Pirates of the Caribbean movie may have already moved on without Depp. And there are going to be some big changes in how the story is structured, by the sounds of it.

In 2020, rumours hit that Harley Quinn and Suicide Squad star Margot Robbie would be taking over the Pirates series. She later confirmed these claims in an interview.

Robbie explained that the new movie is being penned by Birds of Prey writer Christina Hodson. She added that it would contain lots of “girl power”.

Robbie added: “It’s too early to talk about it. I love [Hodson], obviously … I’m not a producer on Pirates, so I’ll sit back and kind of wait for the process. We’re really, really excited at the prospect of adding obviously a very key female element to that world.”

Bruckheimer later confirmed the same news. He said: “Yes. We’re talking to Margot Robbie. We are developing two Pirates scripts – one with her, one without.”

While Bruckheimer’s comments did leave some hope for the second Pirates of the Caribbean movie to star Depp, he later quashed these wishes as well.

When quizzed over whether Depp was involved in a Pirates movie, Bruckheimer said: “Not at this point. The future is yet to be decided.”

At this moment, there is no official or projected release date for Pirates of the Caribbean 6.

Until then, you can watch the previous Pirates of the Caribbean movies on Disney Plus now.