TESS Holliday has been snapped while enjoying a relaxing day out in sunny Malibu.

Plus-size model Tess was photographed as she frolicked in the sea in a black floral swimsuit with plunging neckline. 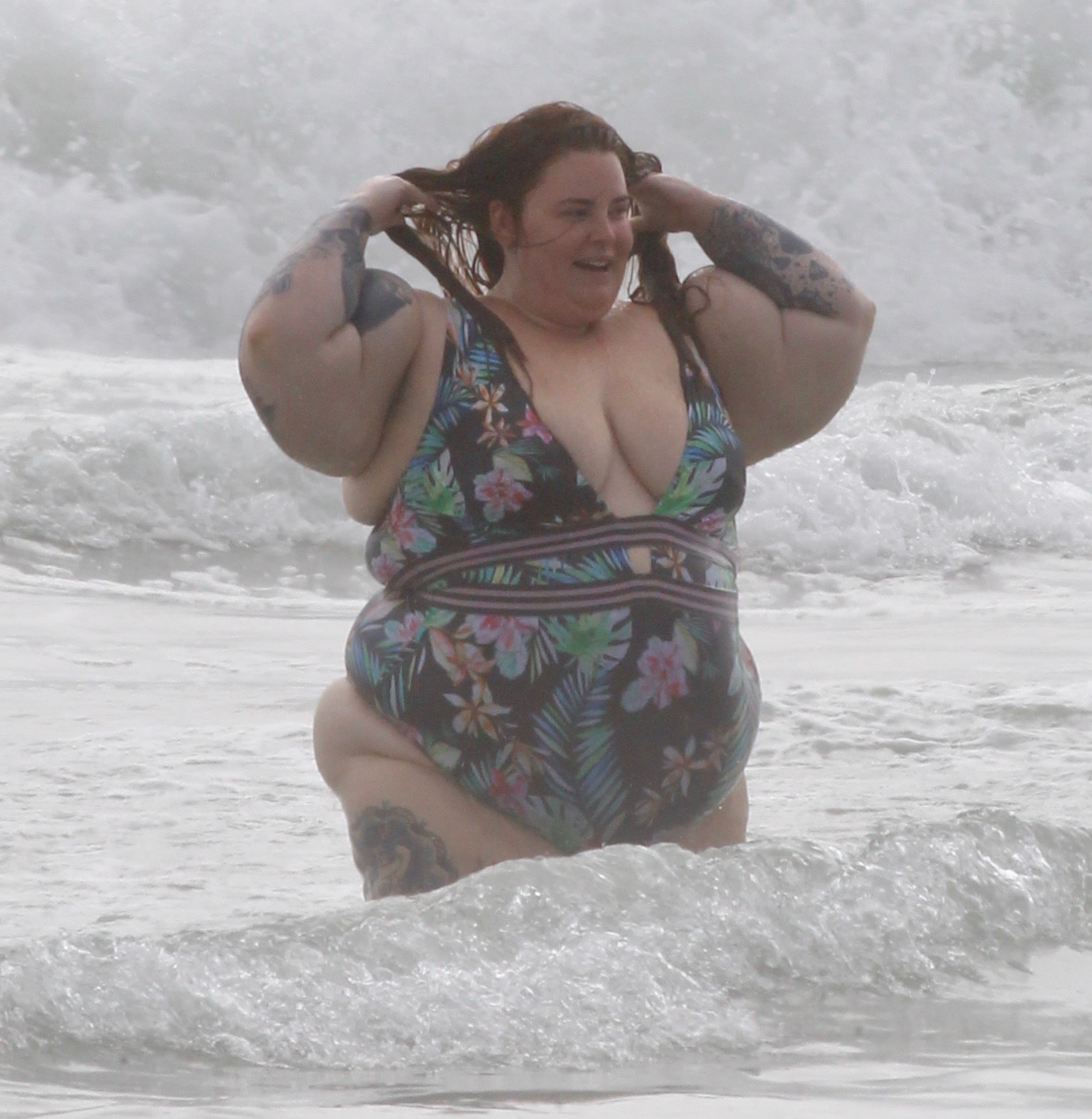 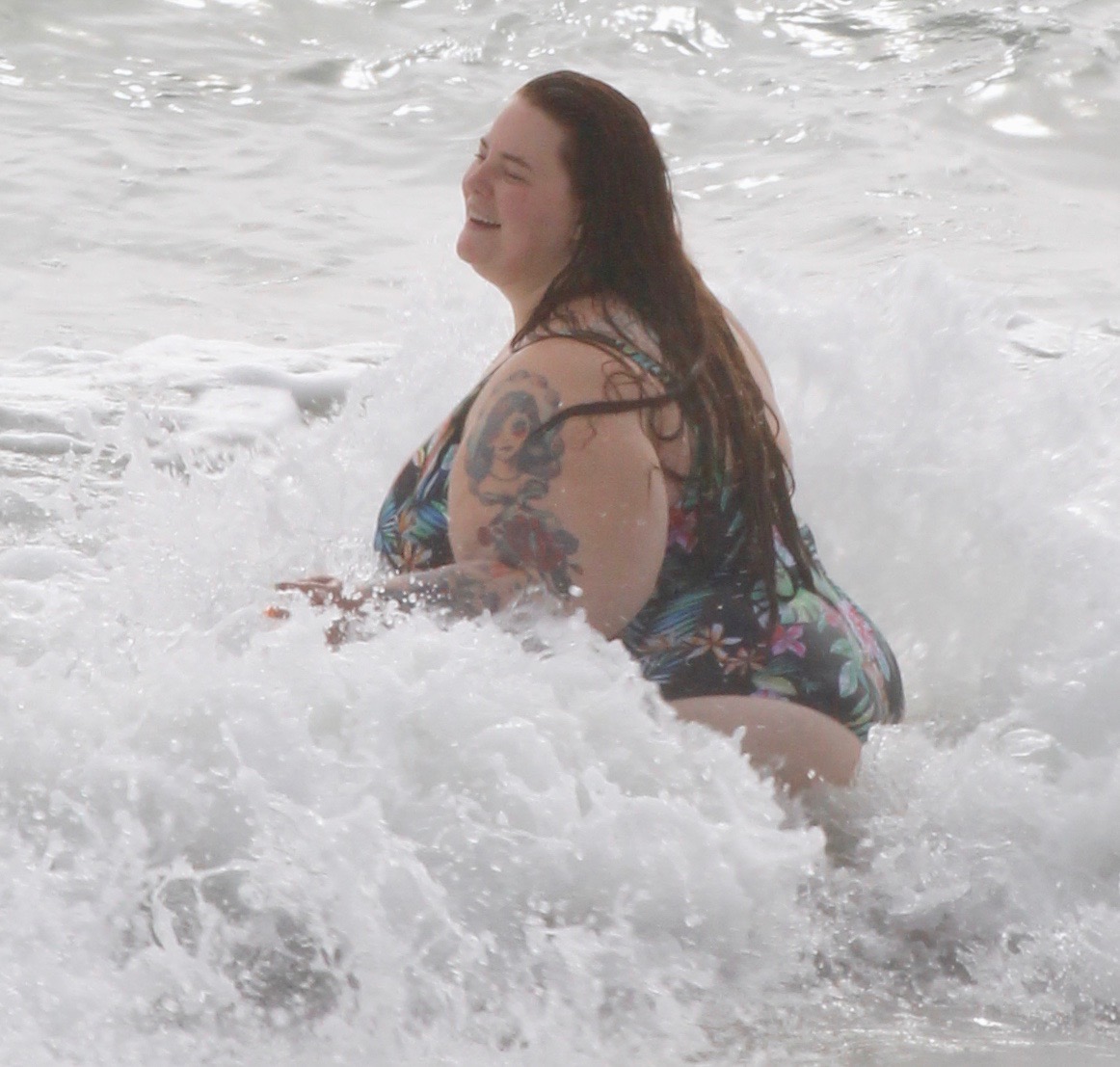 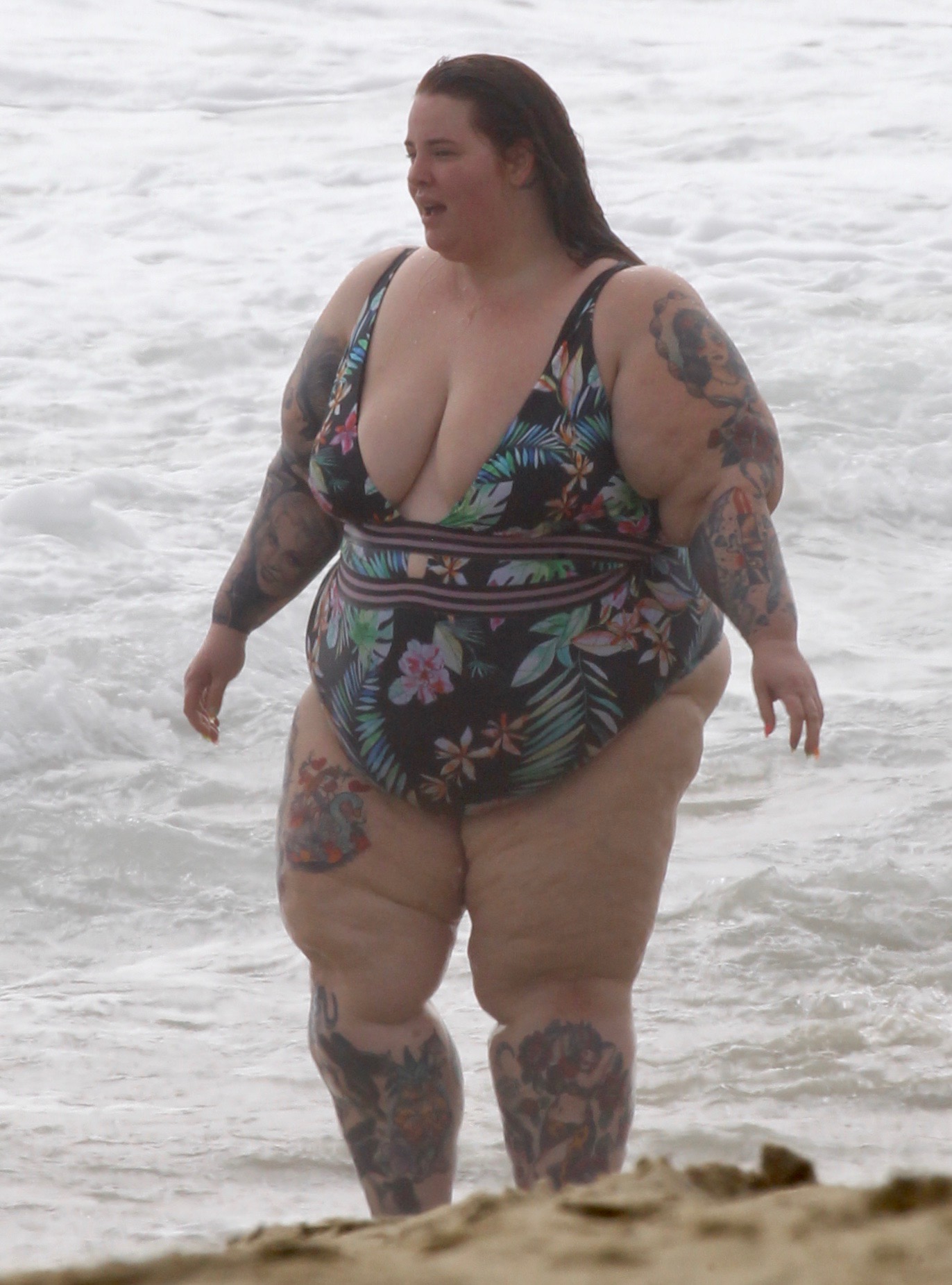 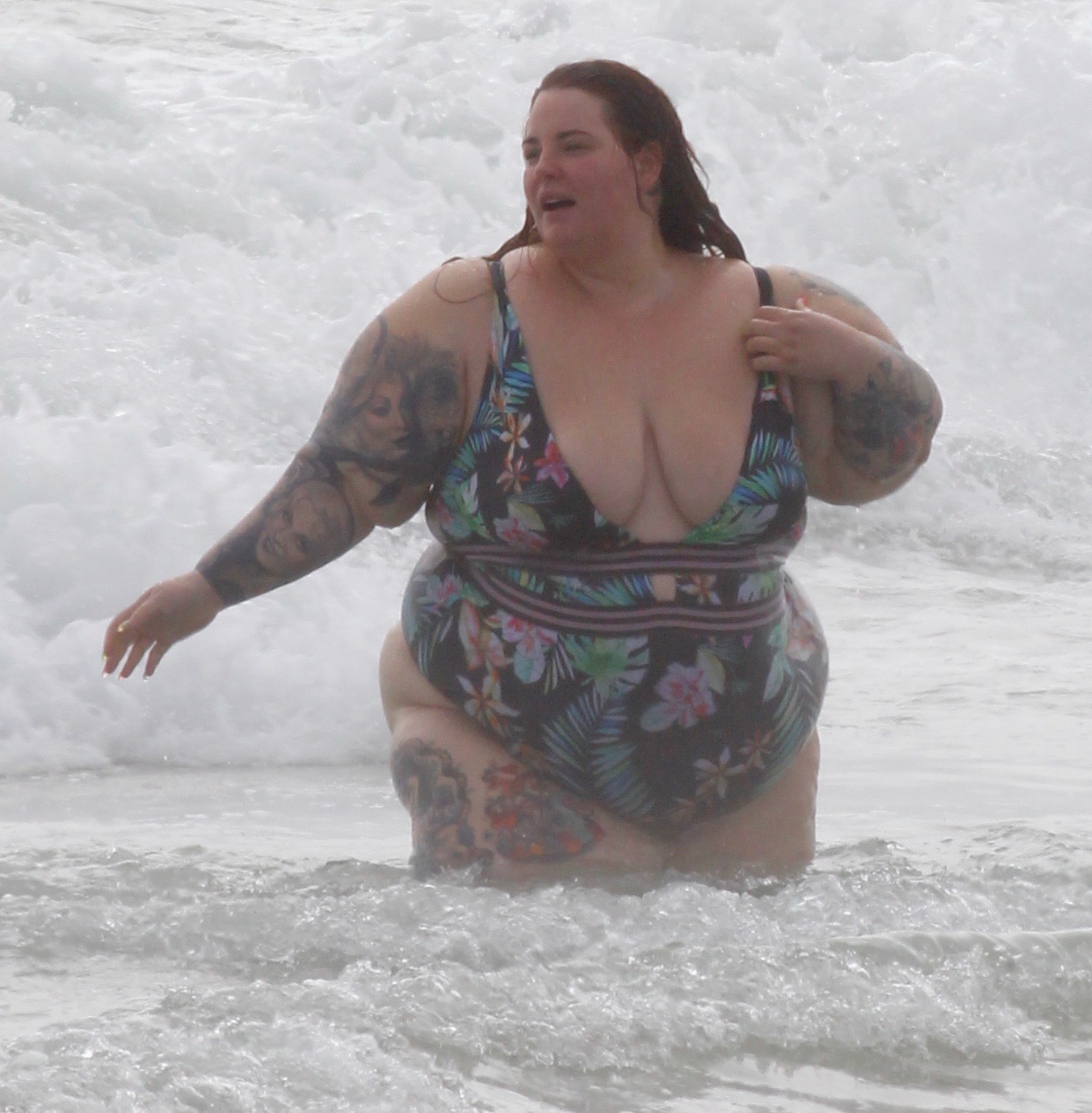 Showing off her tattoos, 34-year-old Tess looked happy as she soaked up the warm rays and splashed in the California surf.

The mum-of-two also posted a clip of herself on Instagram, which showed her drinking from a sports bottle and smiling at the camera.

Tess wrote alongside it: "Drinking frosé on the beach today. What about you? #effyourbeautystandards." 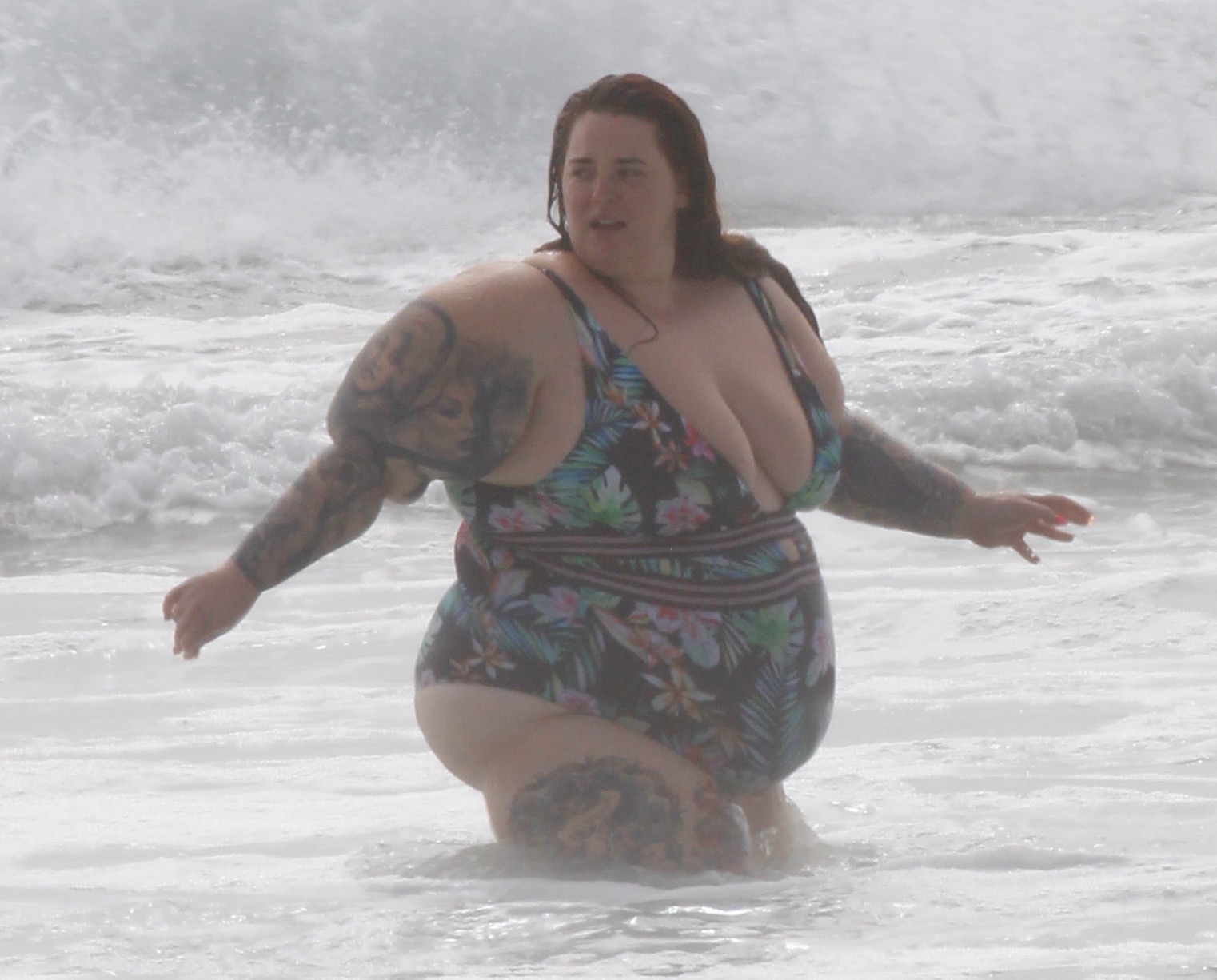 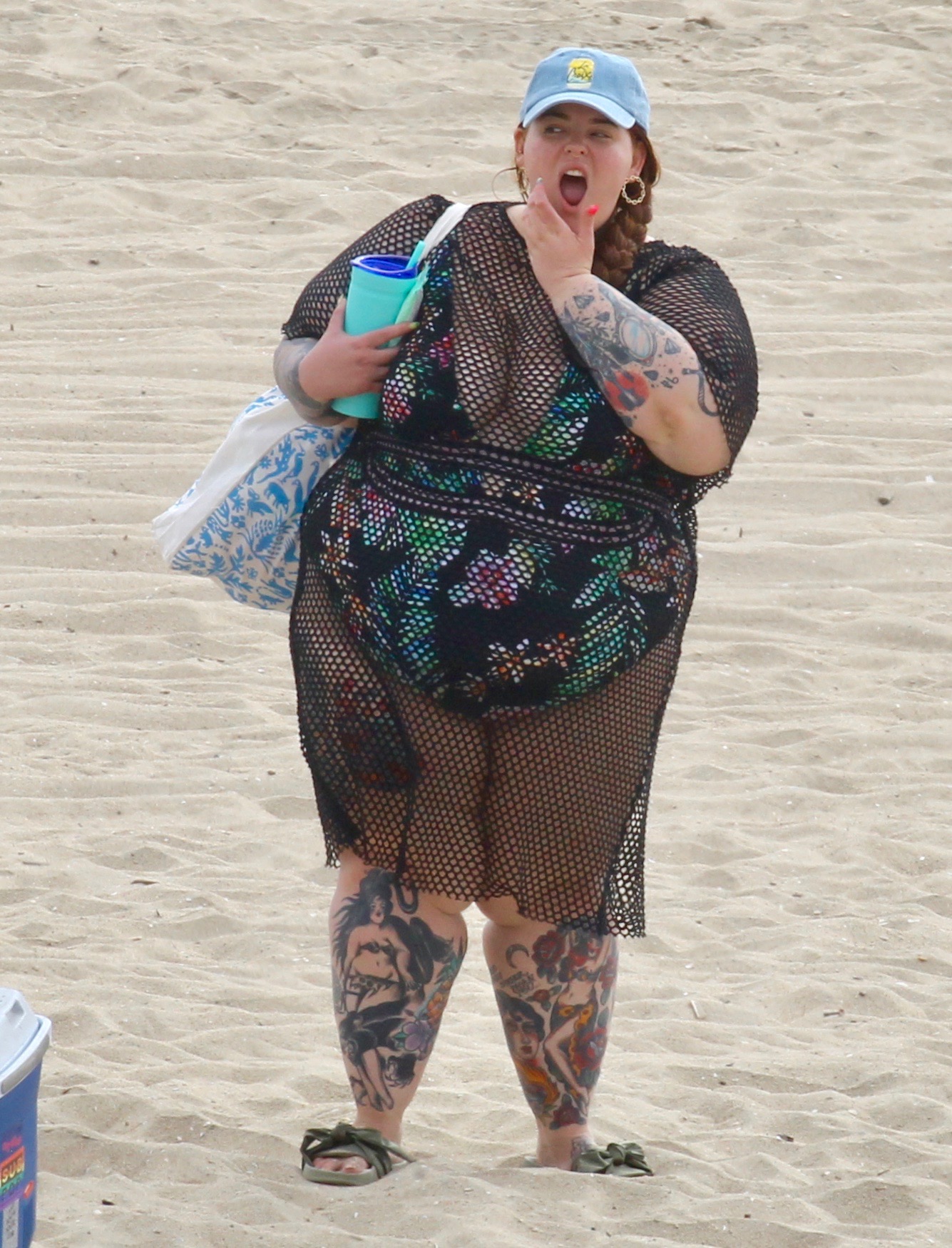 She now lives in Los Angeles and landed her first modelling job in 2011, while working as a dental receptionist.

Tess describes herself as a "body positive activist" and has previously told how she "embraces" the term 'plus-size'.

However, the star has found herself coming up against British TV presenter Piers Morgan in the past, who has an issue with her weight. 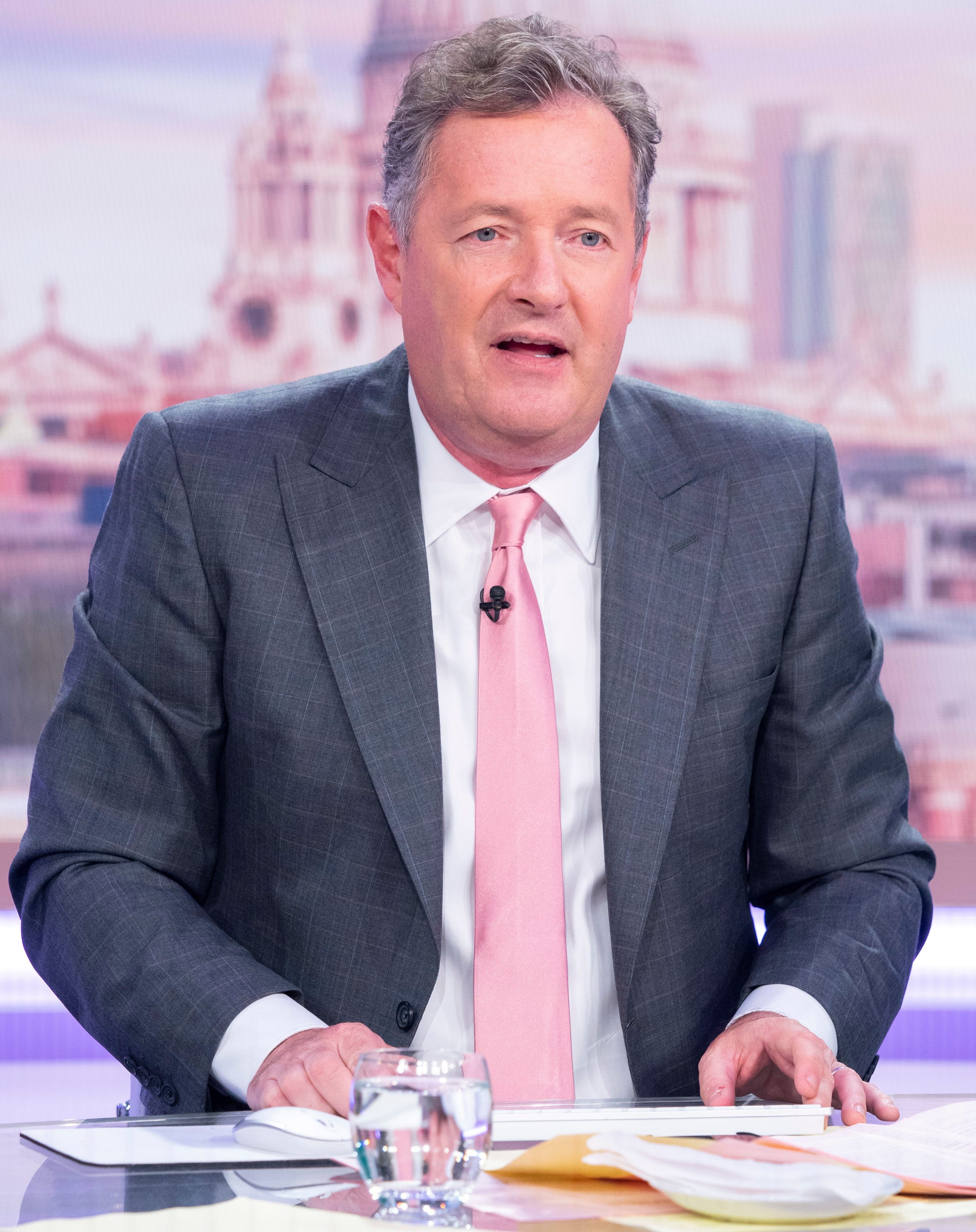 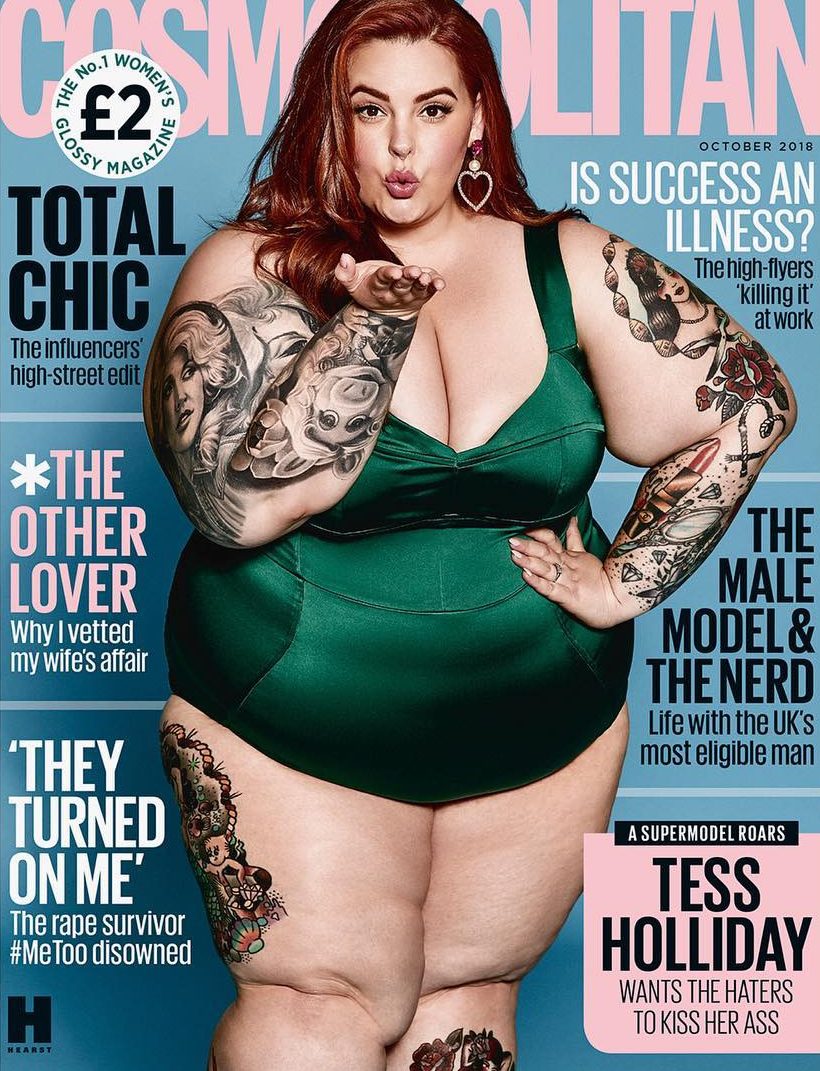 He also slammed Cosmopolitan for putting her on the front cover, saying: "There’s nothing remotely powerful or inspiring about a 5ft 3in person breaking the scales at 300lbs."

Taking to Instagram, Piers wrote: "As Britain battles an ever-worsening obesity crisis, this is the new cover of Cosmo.

"Apparently we’re supposed to view it as a ‘huge step forward for body positivity.’

"What a load of old baloney. This cover is just as dangerous & misguided as celebrating size zero models."

Tess, who is 5ft 5ins tall and weighs 20 stone (280lbs), later responded to the criticism aimed at her and Cosmo, posting on Twitter: "To everyone saying I’m a burden to the British health care system, I’m american so you don’t have to worry about my fat a**.

"Worry about what horrible people you are by whining about how me being on the cover of a glossy magazine impacts your small minded life."

‘Is EU worth the price?’ Now Ireland must take ‘a long hard look’ at Brussels membership