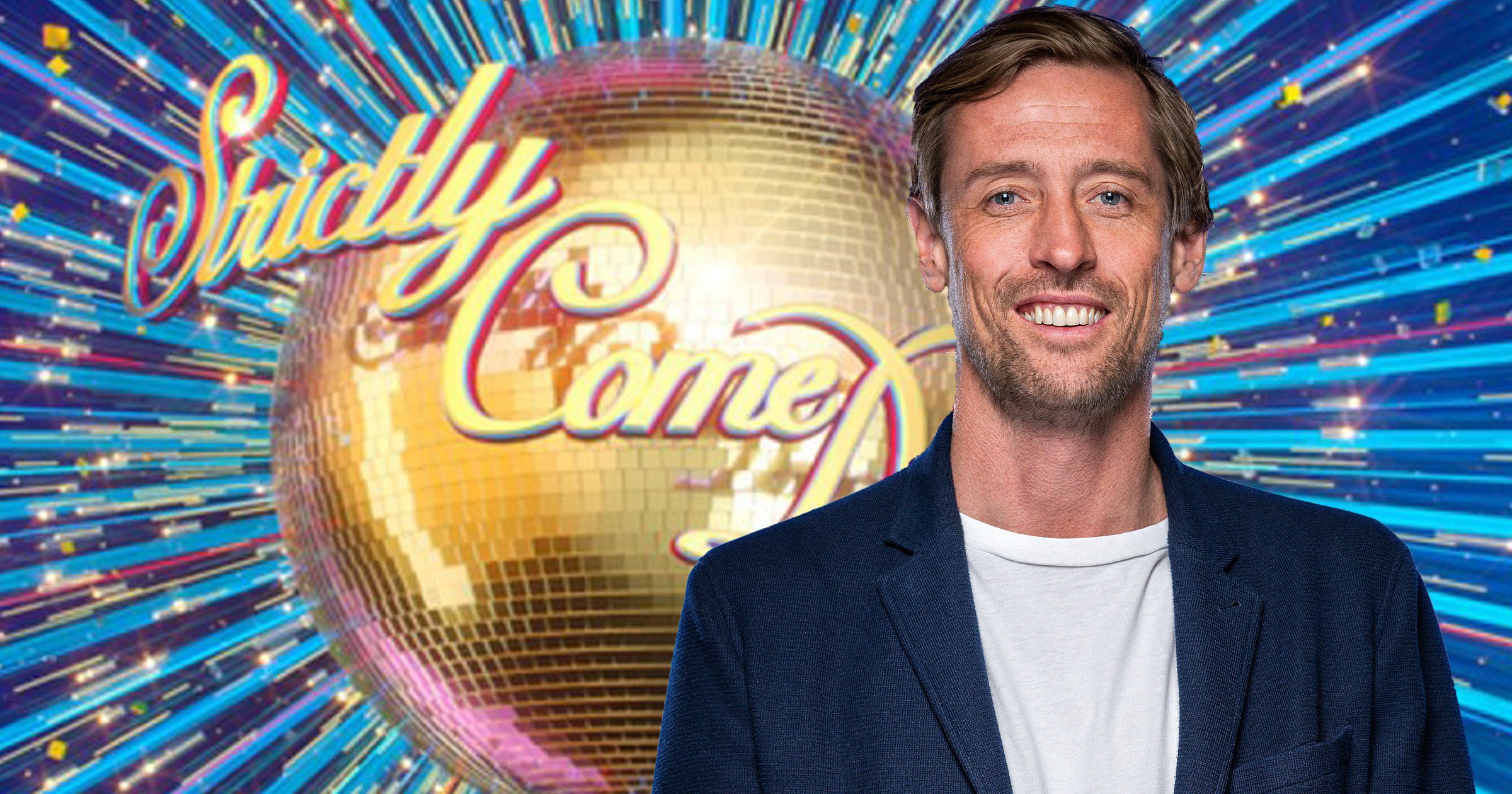 We could soon be seeing former footballer Peter Crouch perfecting the fox trot, as he could be joining the next series of Strictly Come Dancing.

It is being reported that the 40-year-old athletic legend is a top pick for the producers of Strictly, who are currently working on the 19th series of the long-running talent competition.

If Peter agrees to join, he will become the show’s tallest participant ever, standing at 6ft 7in.

He would be following in the footsteps of his wife, Abbey Clancy, who starred in and won series 11 in 2013.

Ladbrokes also likes the odds of Peter joining the show, as he is currently chalked up at 7/2 to take part in Strictly this year.

Peter would be a great addition to the cast, as he has already proven to be popular with viewers, as his entertainment series Peter Crouch: Save Our Summer, and Euro Cup entertainment show Crouchy’s Year Late Euros: Live have both been a hit.

A source told The Sun: ‘Peter is hugely popular and would be a phenomenal signing.

‘The casting team were especially keen because he had such a high profile during the Euros.

‘Taller men have struggled but he would stand out a mile on the dancefloor.’

‘We do dance – after a couple of drinks,’ the model revealed at the time of her Strictly victory in 2013.

She went on to say that her husband has ‘two left feet’.

While his skills on the dance floor might leave a lot to be desired, Peter was known for celebrating goals as a player by executing a robot dance to the amusement of fans.

Strictly would help him add some impressive moves to his repertoire that would outshine the robot.

Peter’s height could make logistics tough for the ladies dancing pros on Strictly, including 5ft 3in Dianne Buswell, as he would tower above them all.

When Strictly Come Dancing returns to screens next month, Tess Daly and Claudia Winkleman will return as hosts, with Craig Revel Horwood, Shirley Ballas, and Motsi Mabuse returning as judges.

A launch date for Strictly Come Dancing series 19 is yet to be announced.