Suspect across the street: [Does double-take, turns and runs]

NCIS agent, sighing: “Why do they always run?”

The scene above was from ~275 of the 300-plus episodes that CBS’ NCIS: Los Angeles has aired to date. 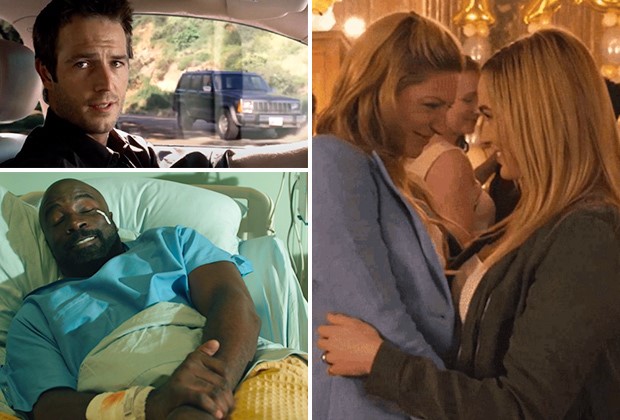 And the question, NCIS agent, perhaps isn’t, “Why do they always run?” but “Why do you always announce yourselves from 50 feet away?”

The other day, I asked that question of NCIS: LA vet Daniela Ruah, who happened to direct just such a scene for the episode that aired Nov. 6….

TVLINE | Dani, I’ve got to ask you this. Tell me the truth. Why do you all yell “Federal agent!” from across the street, giving the POI the chance to run? Do you as actors ask that?
[Ruah bursts out laughing, for a full 20 seconds….] Yeah. That’s why I’m laughing. It’s so odd!

TVLINE | Why not just mosey up like you’re asking them for directions to, like, the Hollywood Bowl? And then announce yourself.
Yes…. Yes. I mean, I can defend this in a myriad of ways, but at the end of the day, yes. There’s always that aspect of like, “Why would you yell ‘federal agents!’ from across the street when they can just run away in that moment, and get a head start on you?” I’m not even going to pretend that that’s not true. But I think that, with television, it’s just a question of suspended disbelief. Like, sometimes [that trope] helps to establish geography and show the place you’re in and the environment you’re in. I think that you could creatively explain it in myriad ways, but at the end of the day, logically, no, of course. 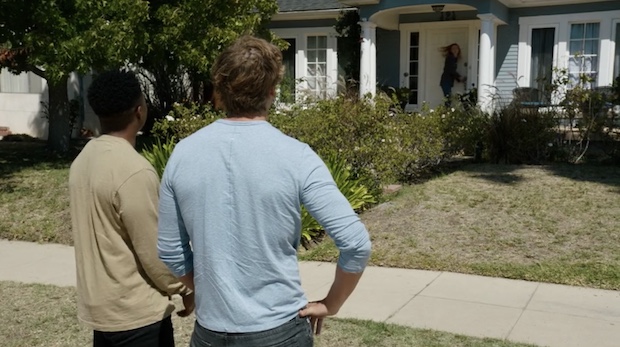 Rountree and Deeks practically begging a POI to flee, in the Nov. 6 ‘NCIS: LA’ directed by Daniela Ruah (Paramount+ screenshot) 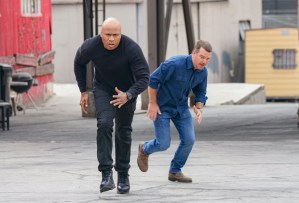 But I was laughing because that question has been brought up by me and by multiple other cast members, when we’re actually in front of the camera. And then as a director, I end up doing it too. I don’t know what to tell you, Matt! Why the heck would we call this guy from all the way over here when we could just, like, creep up on him. But then as a director I’m like, “Ooh, this is really pretty shot. We should do this!” [Laughs]

Want scoop on NCIS: LA, or for any other show? Email [email protected] and your question may be answered via Matt’s Inside Line.