One of the most beloved characters from Netflix’s Money Heist (La Casa de Papel) is Andrés de Fonollosa, aka Berlin. Although the heist robber lacked a moral compass, he instantly became a fan favorite amongst viewers. After Berlin suffered an untimely fate, fans thought they’d seen the last of Berlin.

Well, fans will be happy to hear the infamous Bella Ciao bandit is coming back to the small-screen! Netflix announced that Berlin is getting his own spinoff series. Here is everything we know so far about the upcoming project. 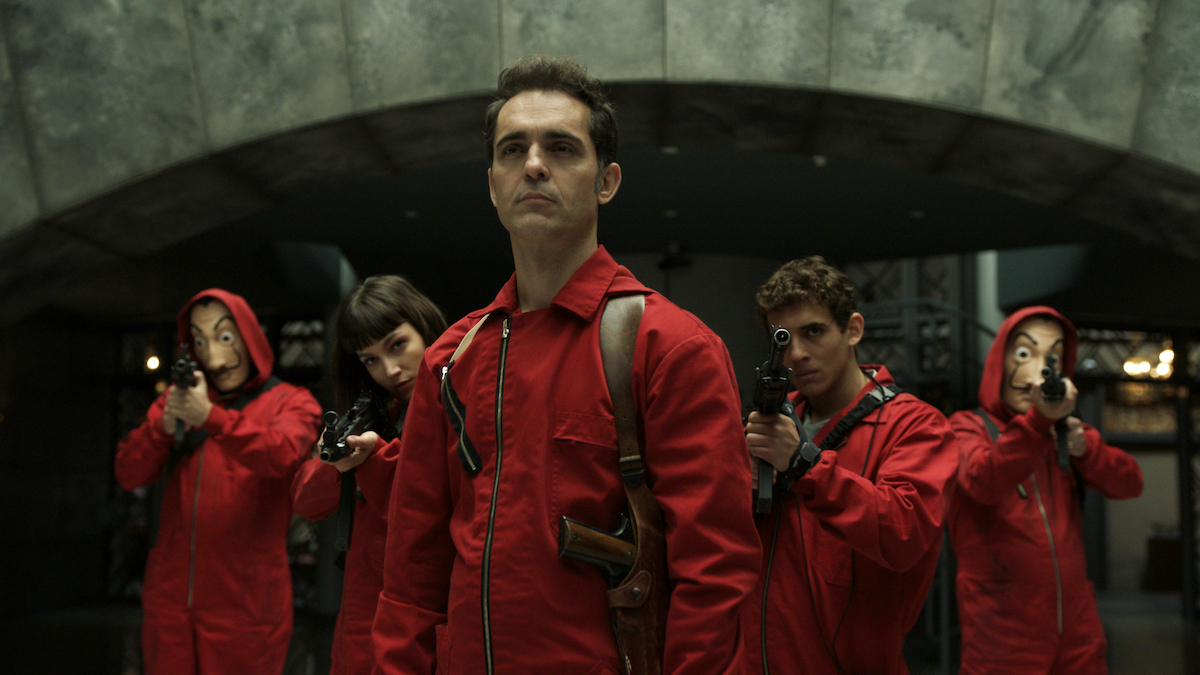 When is the Berlin spinoff series coming to Netflix?

According to TVLine, the spinoff series is titled Berlin: A New Series. The drama series will star Pedro Alonso and will premiere in 2023. Although Berlin sacrificed himself in Money Heist Season 2, he has continuously appeared in a series of flashbacks throughout the seasons.

Prior to the heist, Berlin was diagnosed with Helmer’s Myopathy. Additionally, he is the half-brother of The Professor (Álvaro Morte), the mastermind behind the Royal Mint of Spain heist. It’s unknown if the spinoff series will serve as a prequel, but it will most likely explore Berlin’s early life before his death.

What is the plot for the spinoff series?

At the moment, the plot details remain under wraps. But, there is a strong possibility that the spinoff series will focus on Berlin’s life before his untimely death in the Royal Mint of Spain. In Money Heist Season 2, Berlin was killed by the police. During the heist, the police attempted to apprehend the group of robbers.

After the crew escaped through the tunnel, Berlin stayed behind with Ariadna (Clara Alvarado) and started shooting at law enforcement. When The Professor found out that Berlin stayed behind, he pleaded for his brother to leave. But, Berlin refused and advised Helsinki (Darko Perić) to blow up the tunnel with explosives. To save the group, Berlin sacrificed himself and was killed in a police shoot-out.

Also, fans discovered that Berlin had a son named Rafael. He is well-versed in cyber security and electrical engineering. It’s unknown if Rafael will play any role in the spinoff series. But, Money Heist fans would be interested in seeing his backstory, especially since he was introduced briefly in the fifth season.

During a fan event dedicated to the fifth season of Money Heist, actor Pedro Alonso talked about starring in the spinoff series. “I’m so happy about it,” he explained. “I am deeply grateful to be able to connect with people all over the world and receive so much love and such a memorable time. We started this series walking into the unknown, and we have been winning ever since. You fans are our accomplices, and thank you for that.”

Alonso added, “Responsibility can be something that weighs on you. It can be a prison. But in the case of this show, it has been a wonderful opportunity and real cosmic magic. This team has gone above and beyond for five years, and I am sending them all kisses. It is really amazing this feeling knowing that people all over the world have favorite characters and favorite quotes. This is demanding work, but it is worth it because of the fans.”

Berlin: A New Series will debut on Netflix in 2023.