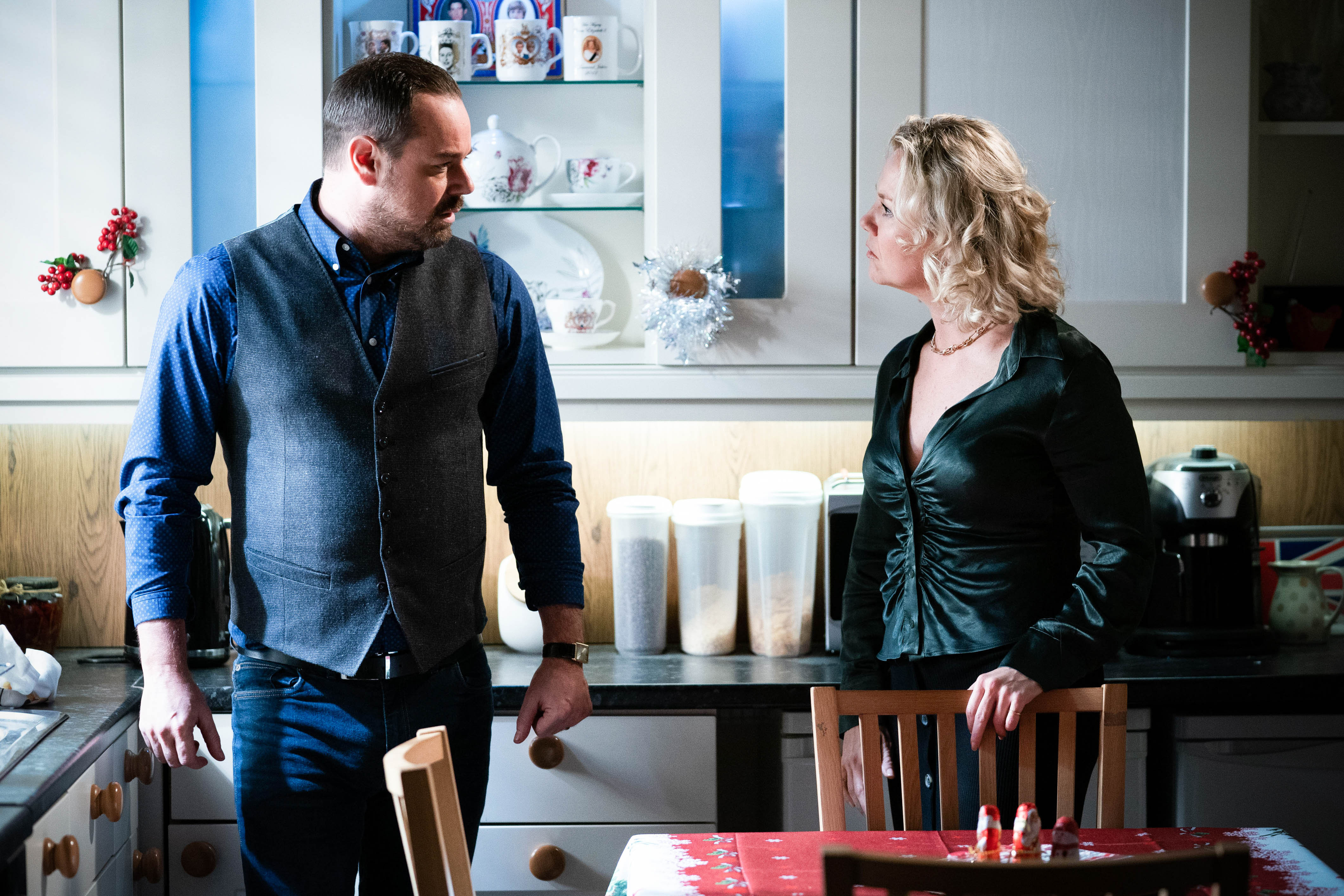 The legendary soap schemer has made it her mission to seduce the Queen Vic landlord.

From securing the Christmas tree sponsorship for the pub, to dressing in a sexy Santa outfit, she has gone out of her way to win Mick’s affection, and on Christmas Day, she even kissed him under the mistletoe!

Subsequent scenes will see her take her plan to the next level, as she meddles in Nancy’s (Maddy Hill) relationship with Zack Hudson (James Farrar) in the hopes of getting the former out of the way, so that she can make her move on Mick.

With her meddling having paid off, Janine puts her plan into action, leaving Mick shocked by what he finds in the bedroom!

But despite Janine’s efforts, Mick rejects her. Janine, however, refuses to give up, and upon realising that he’s struggling, she puts two and two together, working out the reason why.

Nancy, meanwhile, rails at Janine for meddling in her affairs, and with conflict aplenty in his household, Mick decides it’s high time to bring his family back together for the holidays.

In fact, the publican becomes desperate to speak to beloved wife Linda (Kellie Bright) after yet another awkward run-in with Janine, and a conversation with Stuart Highway (Ricky Champ) inspires him to create the perfect party for his family.

Why, a Broadway-themed New Year’s Eve party, of course!

But before the showtunes come out, things take quite the turn, as a vengeful Janine gets wind of Linda’s struggle with alcoholism following a conversation with Billy Mitchell (Perry Fenwick).

Mick, having had enough of her manipulation, telling Janine that she needs to leave. But Janine, riddled with envy, decides to take matters into her own hands.

Using her Judith Bernstein alter-ego in a whole new way, she schemes like she’s never schemed before – desperate to get what she wants.

But just what does she have in store for the Carters? And will there be consequences?

One to watch: Tuesday December 28 on BBC One.