MEGAN McKenna and Ferne McCann were the perfect TOWIE two as they showed off their shared passion for leather look clothing and flicked hairstyles.

The pair, who both starred on the ITVBe reality TV series, appeared almost like sisters as they revealed their similar looks on a night out in swanky Mayfair. 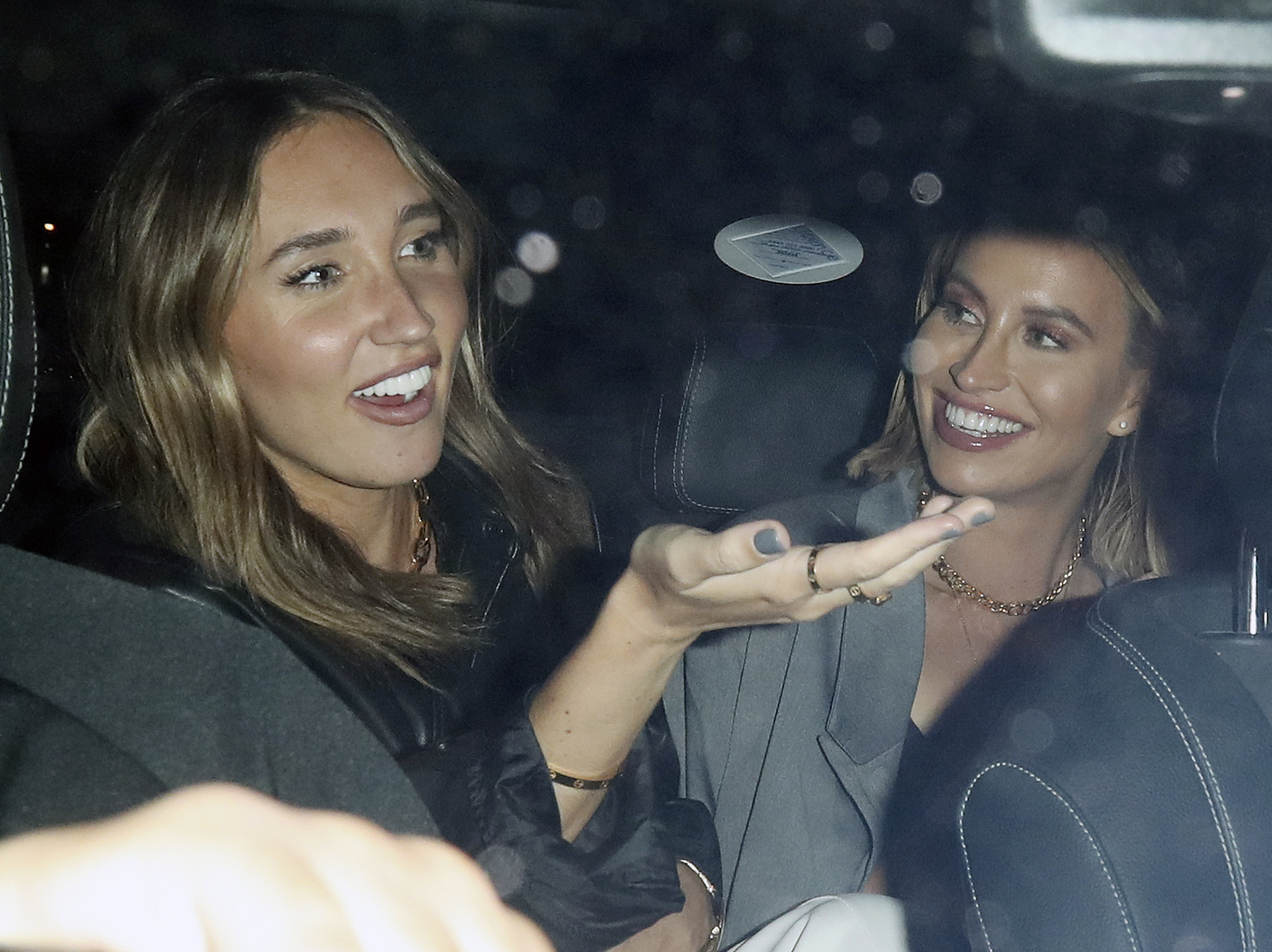 Fitness ambassador Ferne, 30, showed off her stunning figure in a black vest top and skintight leggings, paired with thigh high boots for an extra bit of glam.

She nattered on her phone as she left Novikov restaurant with her grey jacket slung over her shoulders.

Singer Megan followed close behind, with her similar brunette-blonde hairstyle blowing in the wind.

The X Factor: Celebrity winner sported faux leather in the form of a jacket worn over matching white loungewear and cutting a casual look, she rounded off with matching trainers. 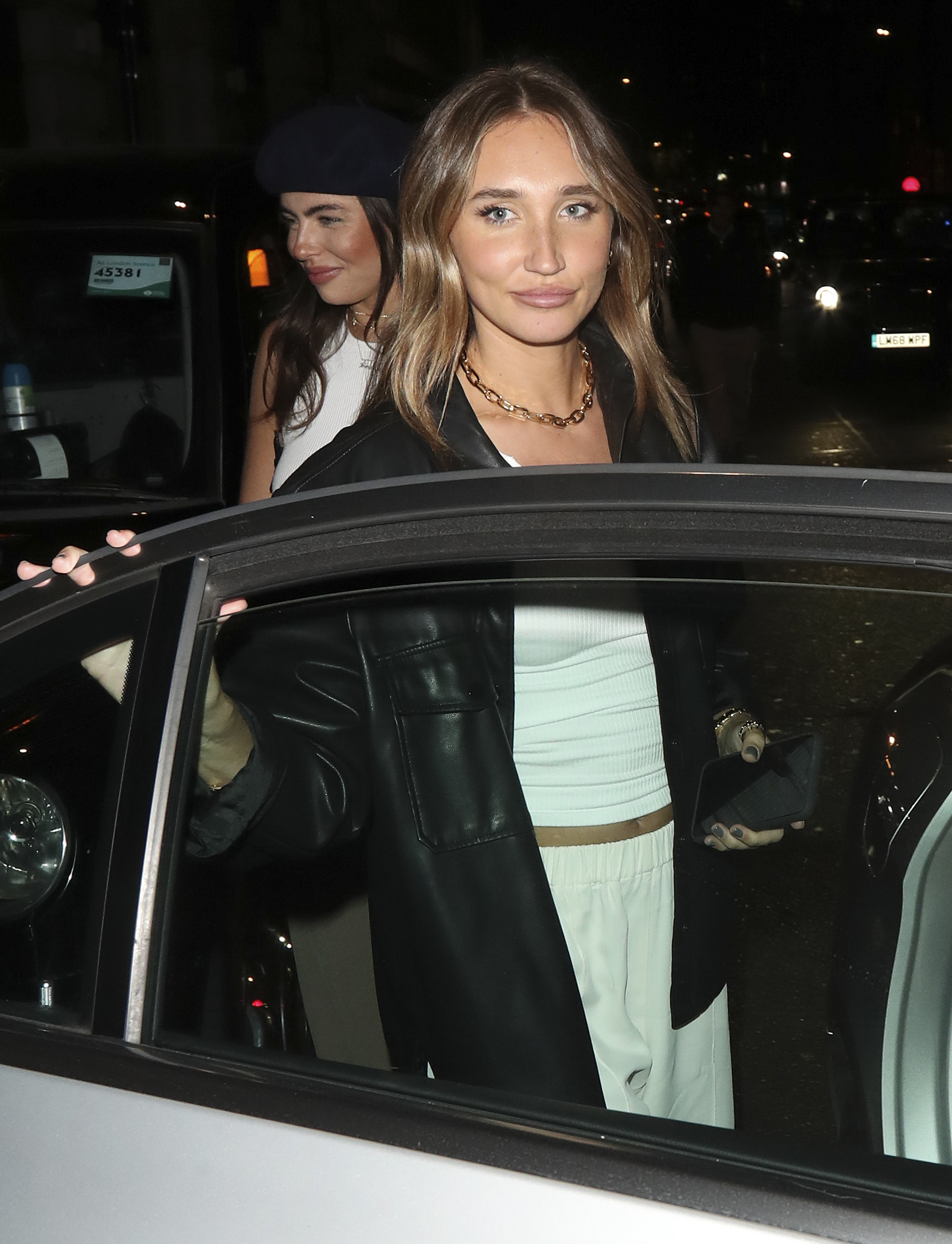 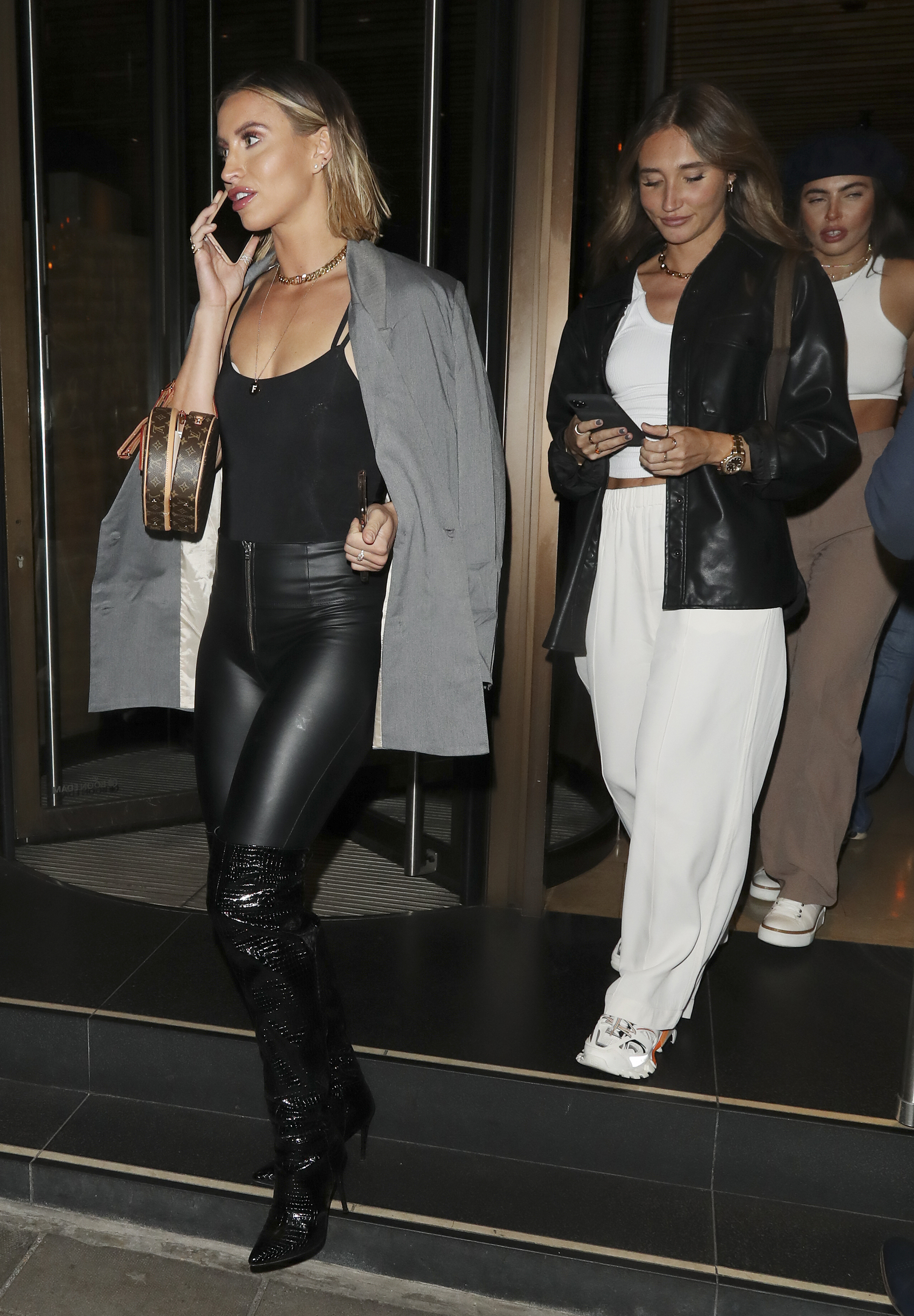 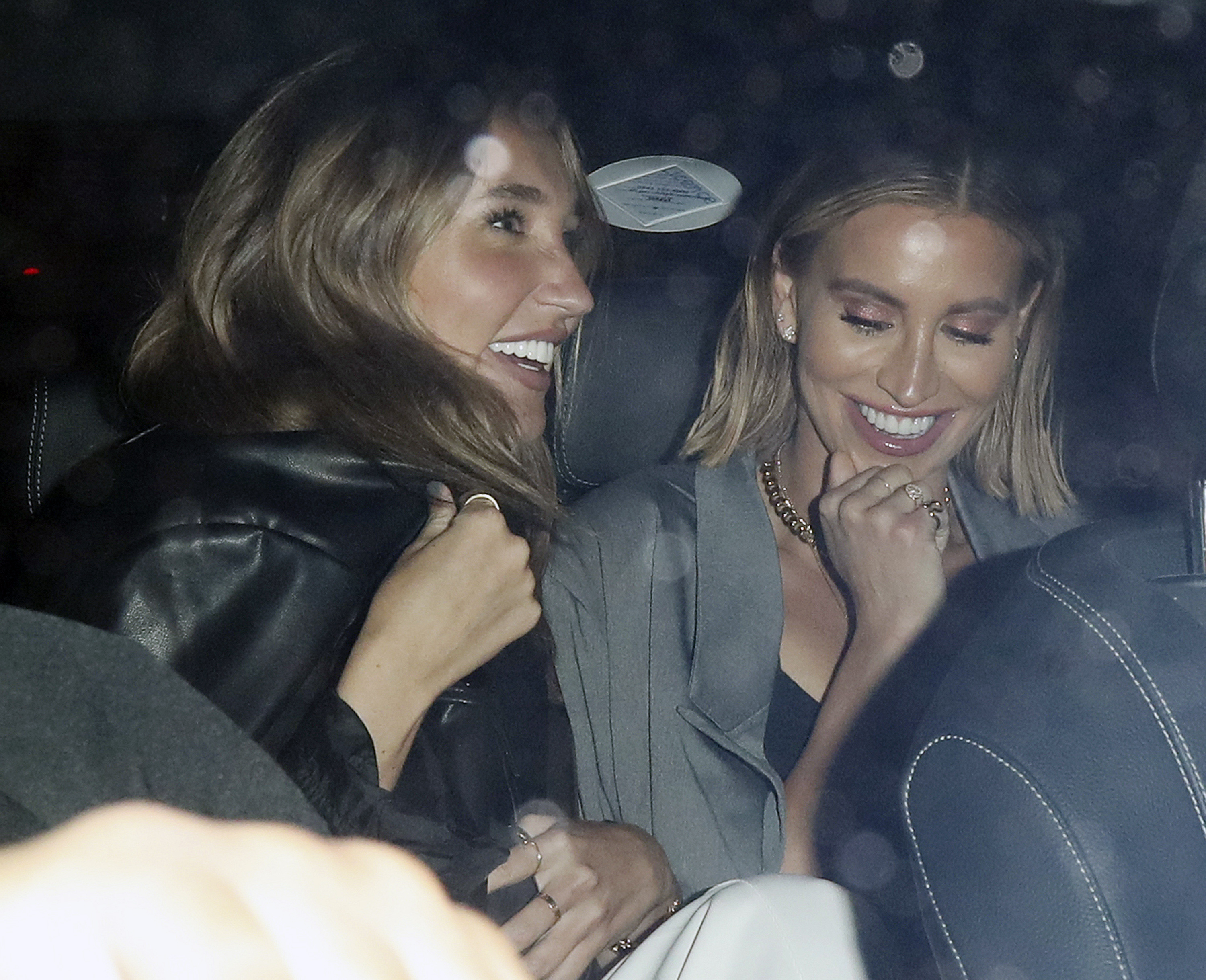 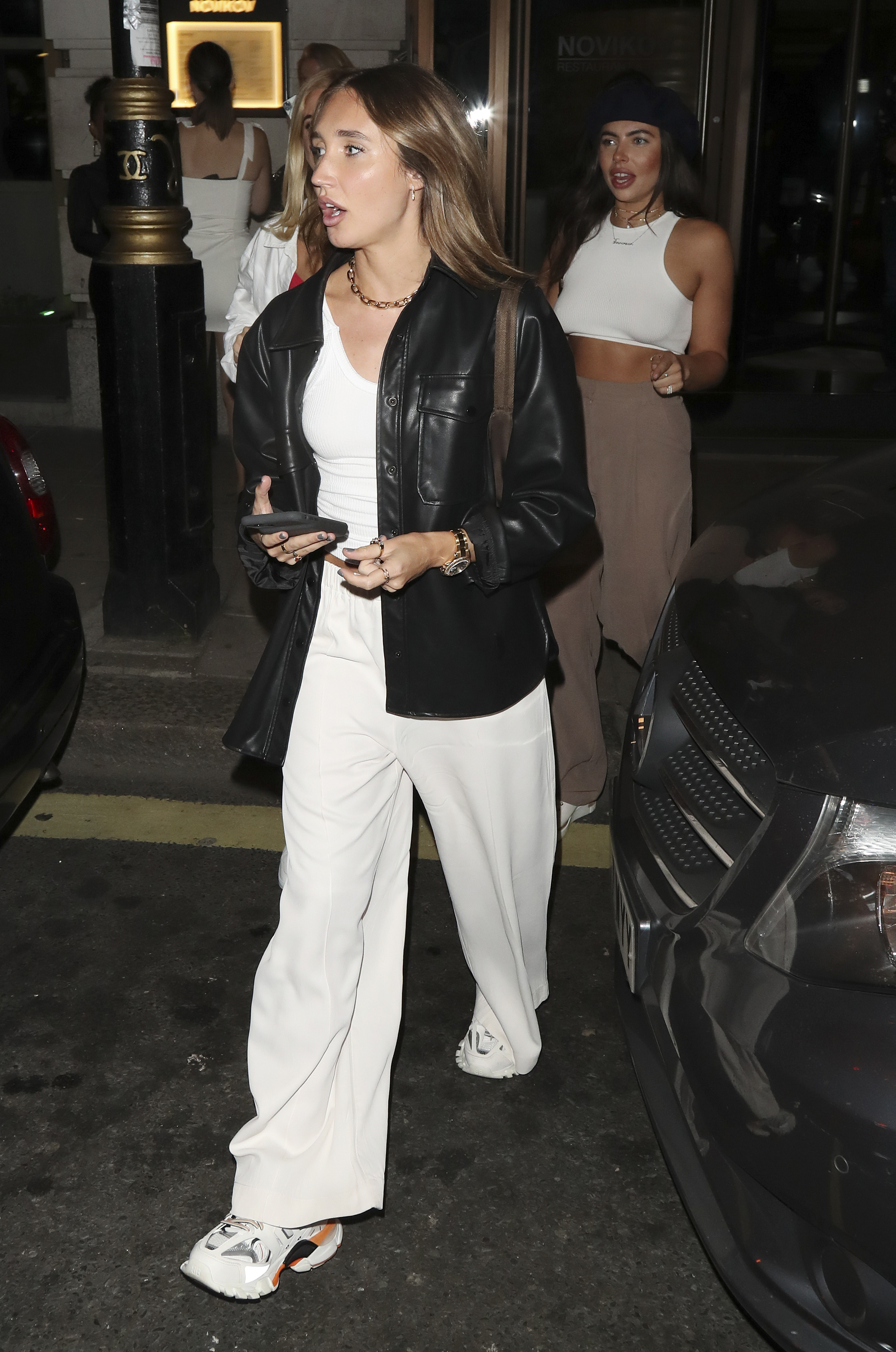 The reality TV stars were all smiles as they piled into a waiting car, looking almost identical with matching grins.

Clearly finding something in particular hilarious, Megan was in stitches as she turned to Ferne and gestured at something with her hand.

They were joined by Love Island star Francesca Allen in their banter-filled cab home.

Megan, 27, recently revealed exclusively to The Sun Online she shunned a return to the reality show that boosted their fame to focus on her music career. 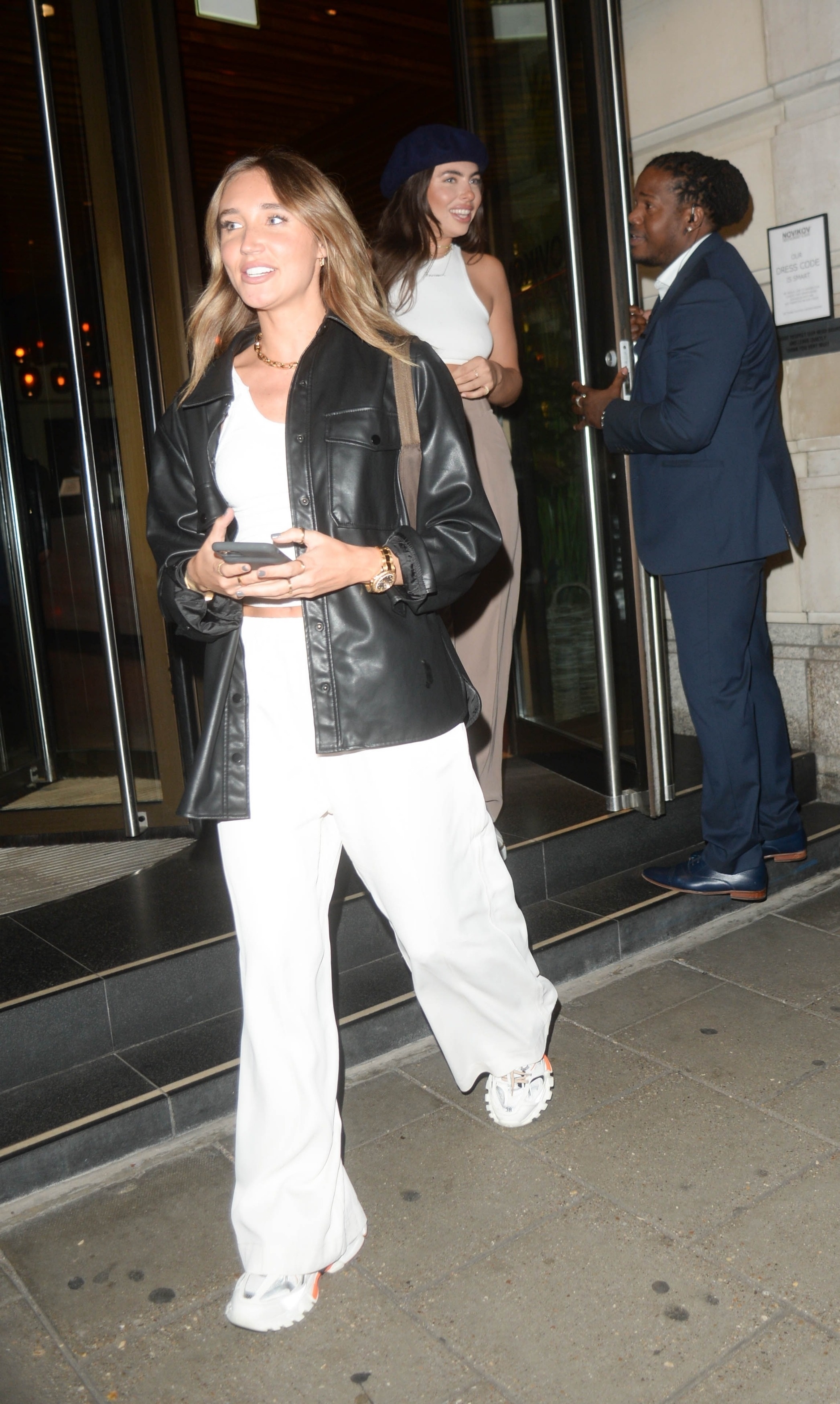 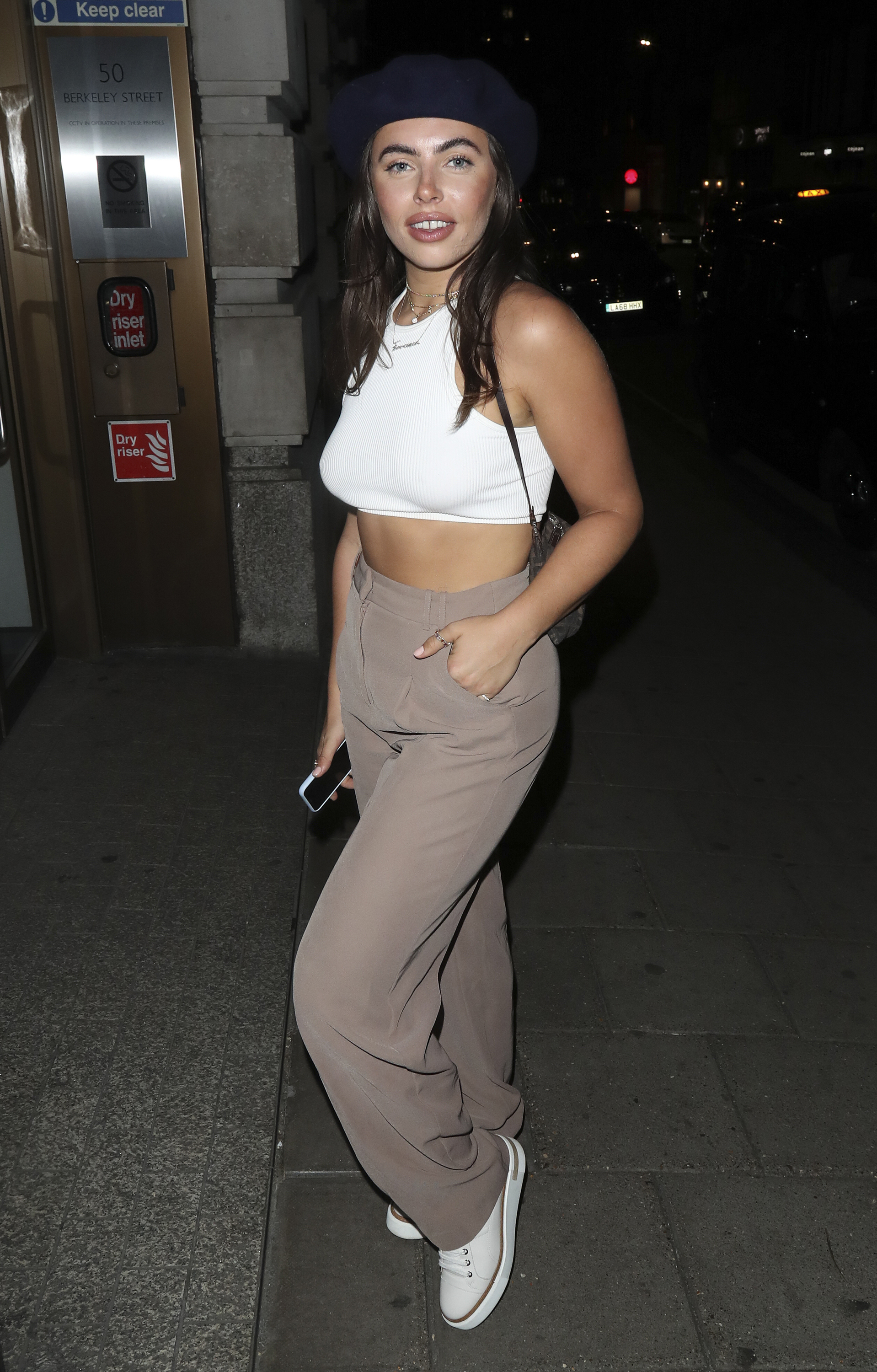 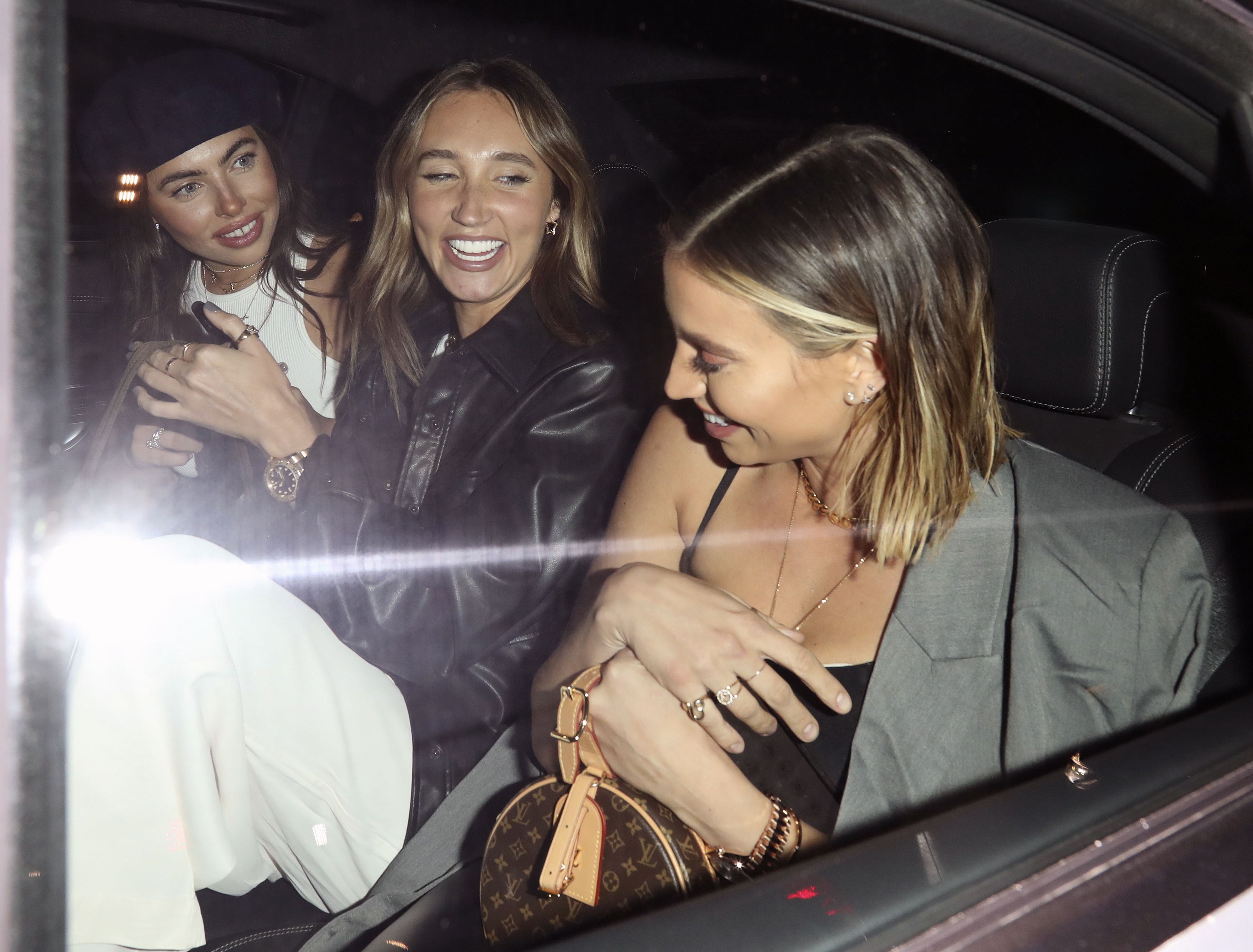 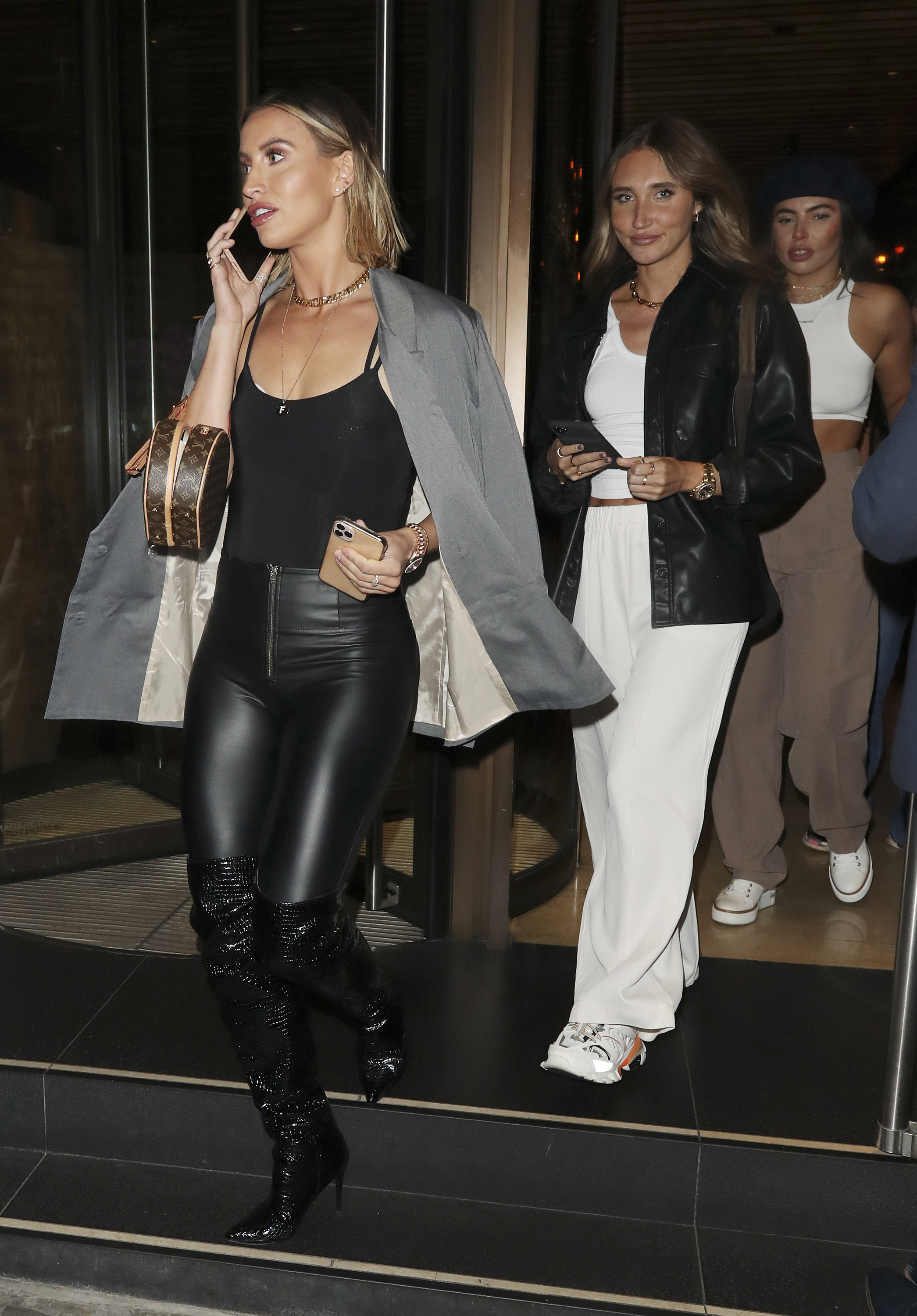 A source told The Sun Online of TOWIE's 10-year show: "Megan made the decision not to go back to Towie for the anniversary.

"She feels like she's moved on from her days on reality TV and didn't want to return to the show.

"She's concentrating on bringing out new music and wants to focus on making it big after winning Celebrity X Factor," the insider added.

However, Megan isn't the only Towie star who made the decision not to appear, with mum of one Ferne also following suit as well as Mark Wright and Lauren Goodger.