McDonald and Dodds began with five friends planning a hot air balloon trip before they’re seen flying the skies together. Unfortunately, tragedy struck as one of the characters seemingly fell out when a chord tying the ballon and the basket together snapped. However, to show the characters in the sky, producers implemented special effects to make it seem as if the surroundings were real. Unfortunately, those watching the return of the ITV drama were not impressed. 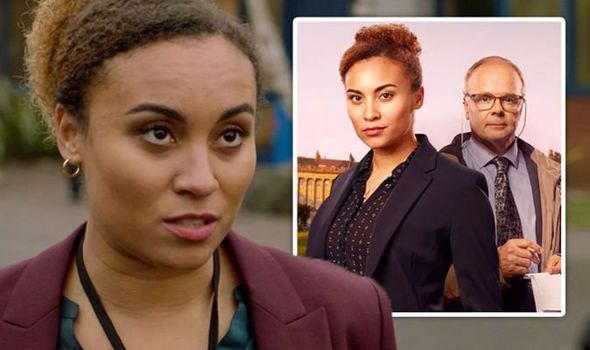 One viewer wrote on Twitter: “Watching McDonald and Dodds and that was the worst simulation of a hot air balloon scene ever. In fact, the acting [was] so awful it has to be a spoof, surely #McDonaldAndDodds.”

Another added: “#McDonaldAndDodds is so naff with their rubbish CGI and plot, but I absolutely love it, classically funny and amazing cast.”

Whilst a third commented: “Is this meant to be a comedy or something? That bit in the balloon was ridiculous. So obvious a green screen #McDonaldAndDodds.”

“Quite obvious that some scenes were not filmed in the air but in front of a green screen. Then again it would be quite tricky to get a camera crew up there too!! #McDonaldAndDodds,” a fourth wrote in defence.