Homes Under the Hammer: Martin finds fire damage at property

Martin Roberts explored a three-bed house in Newcastle Under Lyme on a recent episode of Homes Under the Hammer. The guide price was £30,000 and it sold for £35,000. However, the BBC property expert noticed a big problem with the upstairs of the building.

Martin began the property search by pointing out there was a clear reason the house was sold for such a low price, saying: “It doesn’t look to be in too good condition from the outside.

“Boarded windows and cracked glass are never a good sign and I also spy a concrete base which also signifies this house is a non-standard construction.

“Now just occasionally, properties which look pretty awful from the outside turn out to be a bit of surprise when you walk through the front door.

“That’s not the case here. It’s bad” he commented. 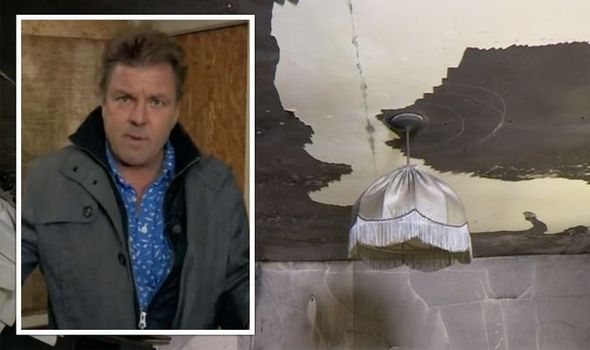 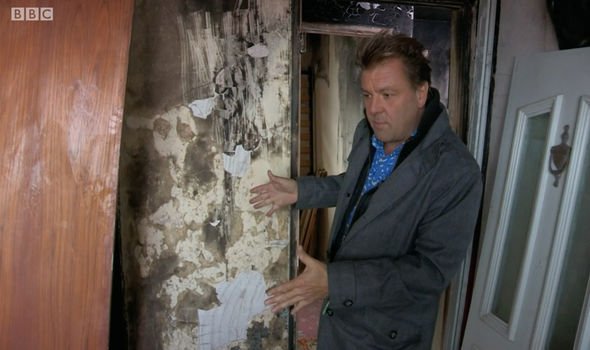 As Martin entered the house to conduct the search, he pointed out a number of unusual features.

He said: “Well there is a little porch thing on the outside there which you want to get rid of, into a fairly claustrophobic entry and then you’ve got an oddly shower, bit weird, just there.

“Living room, front room, no it’s not, I say it’s a living room because it’s got a fireplace, but it’s a kitchen! Wow.

“Nothing is at all what it seems in this property” Martin added. 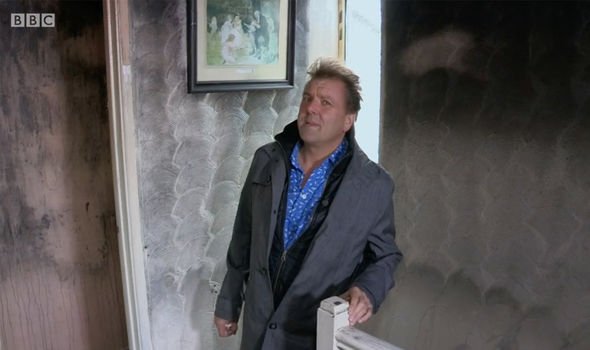 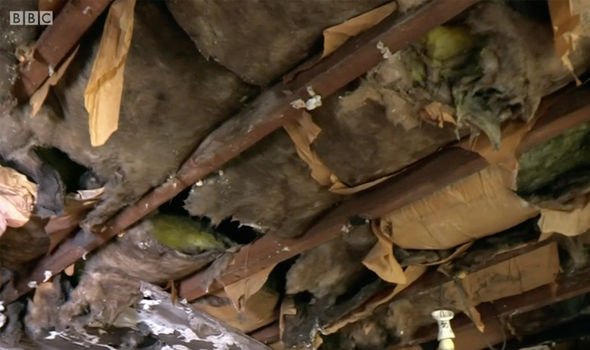 Martin continued through the property: “Through from that living room/kitchen the real living room at the back here, nice open fire, we like that.”

“A lean-to thing out there. But…there’s just something not quite right.”

As Martin wandered through the house, he voiced concerns about what he might find next.

“The downstairs area is certainly very unappealing, the pieces of this property puzzle are slowly coming together in my head, but my suspicions will only be confirmed by a visit upstairs” he revealed.

Martin did get a shock when he reached the top of the staircase, as he was greeted with dark patches over the walls and ceiling.

He said: “Wow. That’s either very dark paint on the ceiling or something a bit more sinister.”

“You guessed it, it’s something a lot more sinister.

Martin explained fire damage is something you would normally come across in the downstairs rooms of a property.

He said: “Now this is unusual, you’d normally expect fire damage to be downstairs because fires invariably start in the kitchens, living rooms, open fires, but clearly, this is the epicentre of where the fire in this property was.

“And you can see the damage it has done; windows broken, holes in the floor here. Fire and the ensuing water damage from extinguishing it means it’s what you can’t see that you have to consider.

“There could be structural issues, damaged timbers, electrics and then factor in this place was lying empty for some time before the fire,” he commented.

Martin made it clear the property was in need of a lot of work.

He explained: “There could be a lot to do before you even get to the regular renovation challenges like layout.

“Obviously the biggest issue is this – it’s upstairs, there is a toilet, that’s it, the shower is downstairs, ideally you want that on the same floor.”

Homes Under the Hammer airs on BBC One on weekdays at 10am.