Home » TV & Movies » Loki Season One Finale Postmortem: Director & EP Kate Herron On Whether He Who Remains Is Really Immortus

Warning: For those who truly haven’t watched the season finale of Loki on Disney+ (which dropped on Wednesday) this interview contains spoilers.

When it comes to the season finales of its highly anticipated Marvel and Star Wars series, Disney typically holds off the shows’ brass from talking for a few days so that there aren’t a flood of spoilers out there. We finally caught up with Loki EP and director Kate Herron this morning, and as we first told you, she won’t be back at the helm for season 2. Here’s her take on what we saw: 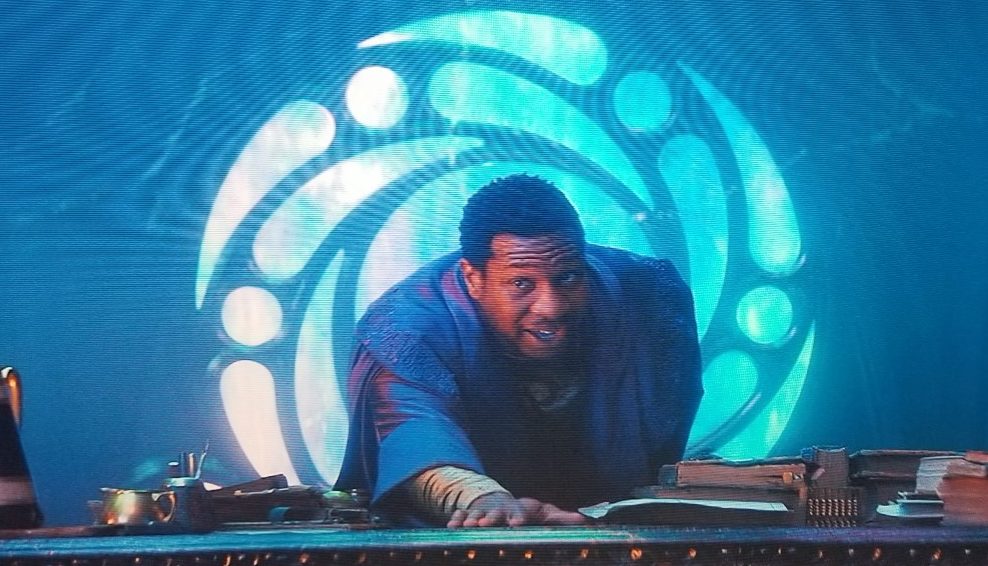 We all know that Jonathan Majors is playing Kang the Conqueror in Ant-Man and the Wasp: Quantumania, and fans were quick to point out that Kang is a variant of He Who Remains; Majors’ character in the finale. But is Majors’ character, He Who Remains, really Immortus? Is Majors partially Kang in the season finale?

He Who Remains says he’s was a 31st Century scientist who discovered the multiuniverses. Is that character connected to Nathaniel Richards of Fantastic Four?

Herron: That I cannot answer. I don’t know their plans. It’s a question for Mr. Feige.

Will we see season 2 before Ant-Man 3 comes out in theaters?

Herron: That I have no idea about. That’s a Kevin Feige question. 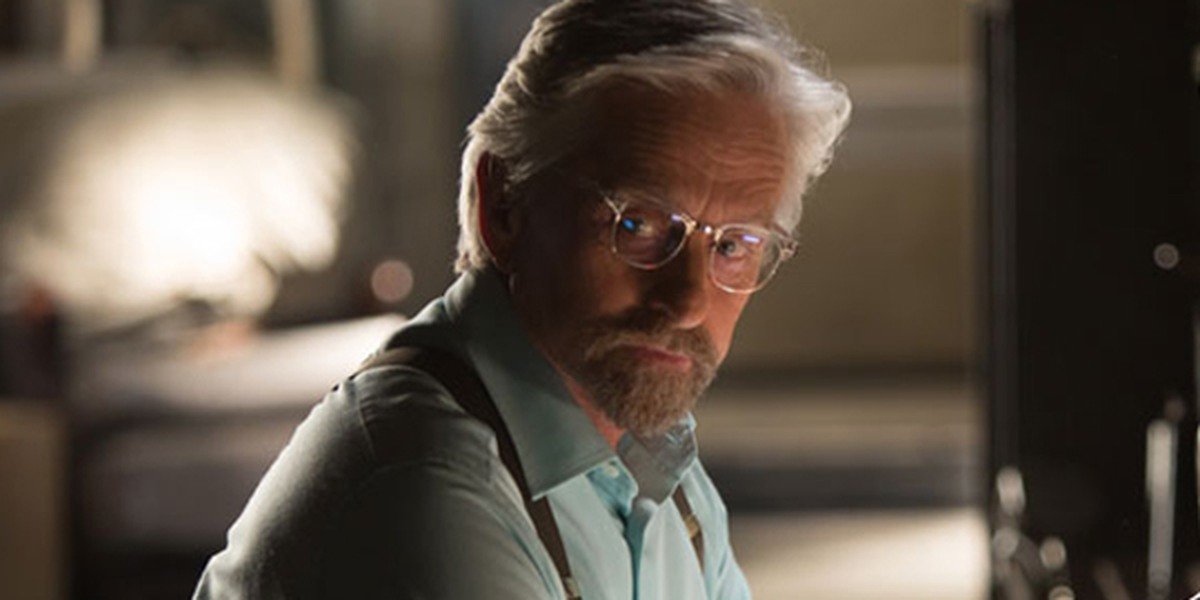 Was this always the intended ending for Loki season one: to have He Who Remains as this puppeteer of time? Or were other architects floated at one point, i.e. Tony Stark or Dr. Hank Pym?

Herron: I remember when I started, there was discussion, but honestly, the writers, Kevin Wright our executive producer said He Who Remains was the person they met at the end of time. That was always our North Star we were going for, really for us, the bigger question was would we be allowed to do this. It’s such a big character to be launching. It really informed everything across the TVA, whether they were good or bad. The cut we have of the show is the best cut.

He Who Remains — was he looking to start another multiverse war or was he really of this Willy Wonka mentality ‘Oh, kids, I’m so tired, why don’t you take this whole operation over’?

Herron: My interpretation is that it’s this good and bad thing. I believe him when he says, ‘Wait till you meet my variants’, and you see the fear in his eyes. The TVA has done terrible things, but is it to a good end? Probably. It’s not a good thing that Sylvie kills him and opens up this multiverse, because we’re going to meet these other variants of him. In my head, anyway, I think he’s being genuine in that moment and honest with them. That’s so beautiful in Jonathan’s performance, but wasn’t so key in the character, obviously for the first half, Loki and Sylvie are trying to suss him out, like ‘Can we trust this guy?’, that is inevitably what leads to the unraveling of Sylvie and Loki’s relationship as well.

Can you talk about Jonathan Majors approach to the role? We’re use to seeing him in these heavy, dramatic parts, and here he’s flamboyant and free. Was that always the approach to the character?

Herron: It was really with Jonathan. When we cast him, I was talking to him with the studio about the role, and something that was cool for us all, is that psychologically He Who Remains has been on his own for a very long time. This is someone who has been isolated, but he’s been running this huge thing and it’s a lot of responsibilities. So that was the fun thing was finding that fine line between the extrovert and the introvert of that character and how does he show that he’s been living on his own. That was fun as well: digging into that aspect of the character and it echoed across our production design. Me and Kasra (Farahani) were really excited about the idea that the office was really polished and really pristine. He finished that space because that’s where he spends all his time. Whereas when you get to the other aspects of the sphere, it’s broken down and not maintained because he’s not living in those spaces. I think it was fun little hints like that how shut off from the world this character has become in order to almost maintain the world that he can survive in it. 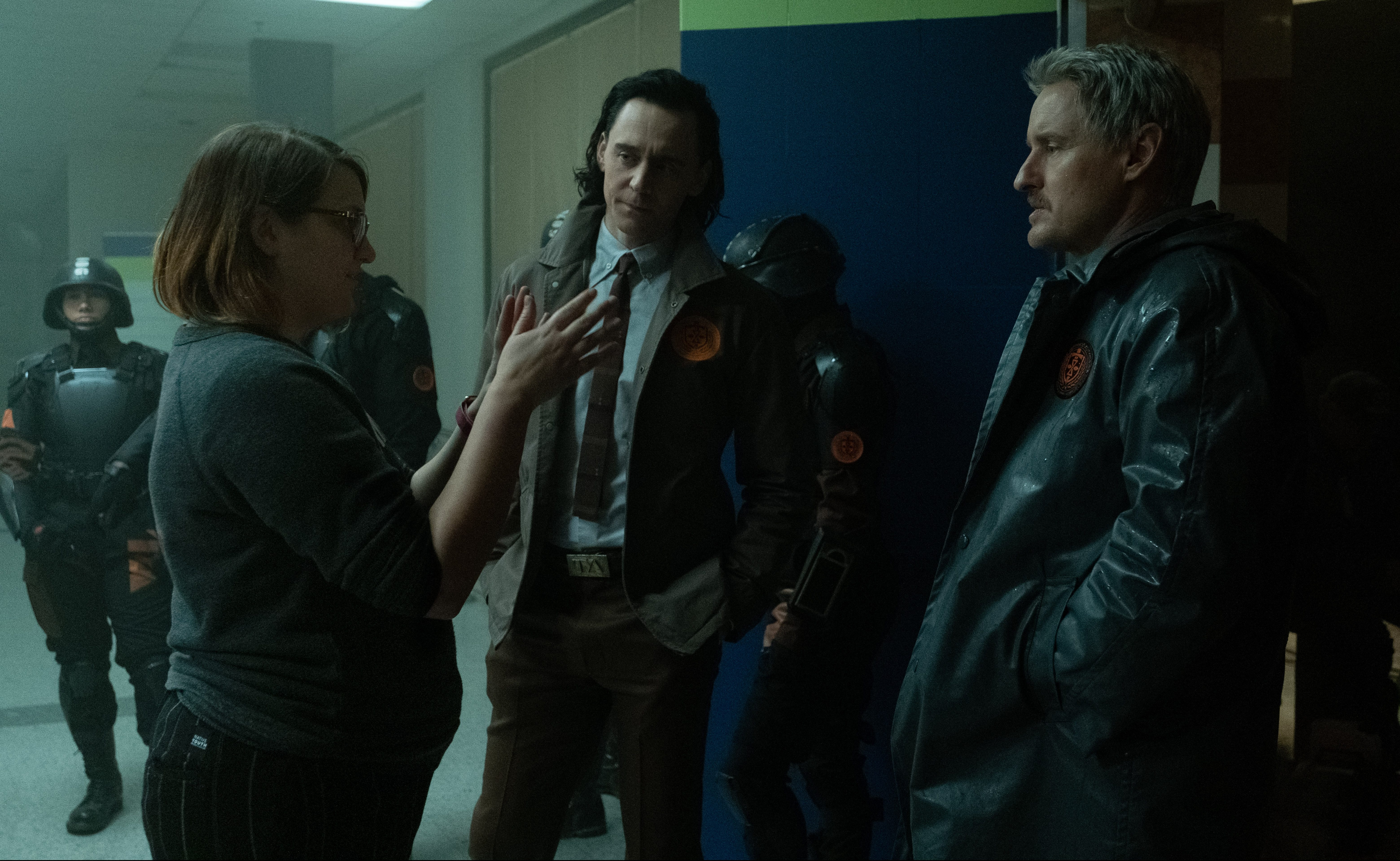 Are you returning for season 2? Will you be showrunning?

Herron: I’m not returning. I always planned to be just on for this and to be honest, season 2 wasn’t in the — that’s something that just came out and I’m so excited. I’m really happy to watch it as a fan next season, but I just think I’m so proud of what we did here and I’ve given it my all. I’m working on some other stuff yet to be announced.

Will you be involved with another Marvel movie?

Herron: No, I’m just focused on my own stuff at the moment. I love Marvel and I’d love to work with them again, but my outing with Loki is what I’ve done with them.

Can you tease anything about season 2?

Herron: I don’t know anything about it. I feel like we’ve done a lot of amazing groundwork in setting up the TVA and Loki on a whole new journey. Yeah, what will happen? Where is Loki and where will he go?