The Heart Breakfast host, 40, beamed in central London as she was photographed in a chic burnt orange top and tasselled ankle boots. 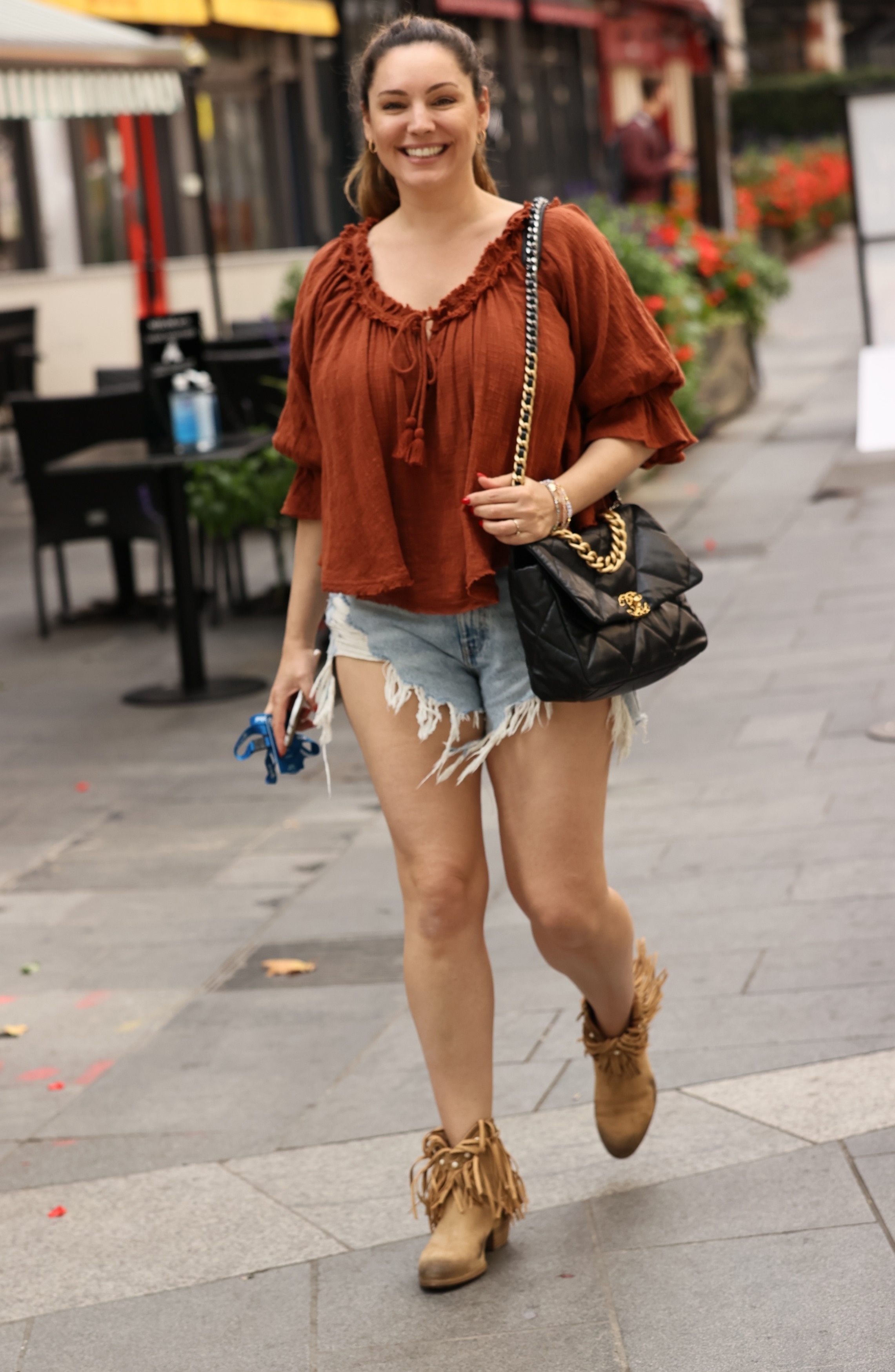 The stunning model tied her hair back and showed her natural beauty with minimal makeup.

Last month Kelly admitted she has been called “unsexy” by cruel fans who claim she is “past her best”.

She said people can’t accept she is no longer a “pin-up girl in her 20s”, and said she has put on weight during lockdown.

Speaking to Femail, Kelly said: “They see me as this 40-year-old fat girl and they’re like no! I get it, it’s funny. But people grow up, people get bigger, people change, it happens.” 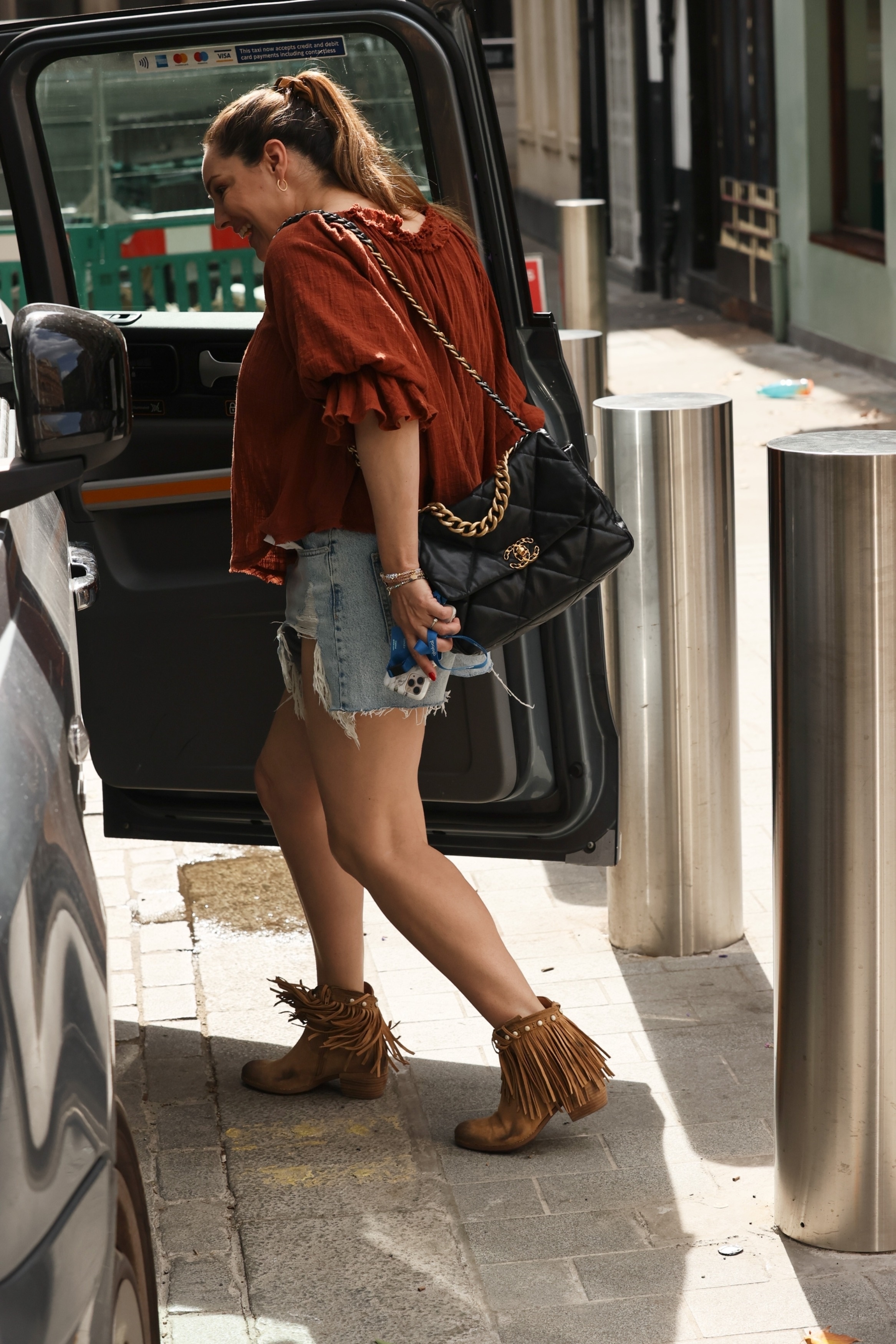 Kelly also said thanks to “snacksidents” during lockdown, her weight has been “creeping up”, but she wants to remain a “healthy” size 10 or 12.

Kelly said that although she gets “amazing messages from women”, it is some of her male fans that are judgemental nowadays.

She said: “Men are like ‘you’re past your best’, or ‘you were sexy once’, but whatever, you’re always going to get that.

“When you grow up with someone you don’t want them to get older, it’s weird. And I get it, people remember me as this pin up girl.” 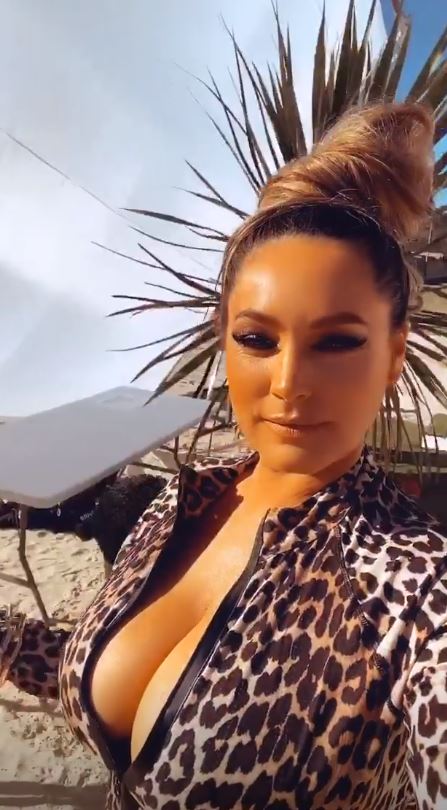 She started her career in the modelling industry at the age of 16 after winning a beauty competition, and has since starred in campaigns for the likes of Bravissimo, Foster's and Walker's crisps.

She was named FHM’s winner of their 100 Sexiest Women in the World list in 2005, which was voted for by 15million people.

Kelly, who is a SlimFast ambassador, said she has gained weight during lockdown, and struggled with her self-image in the past.

She added: “Whilst it’s really important to show the world that not all beauty is a size eight – on the other hand, for me lockdown led to lots of daily ‘snacksidents’, the inevitable weight gain and not feeling so great about myself.” 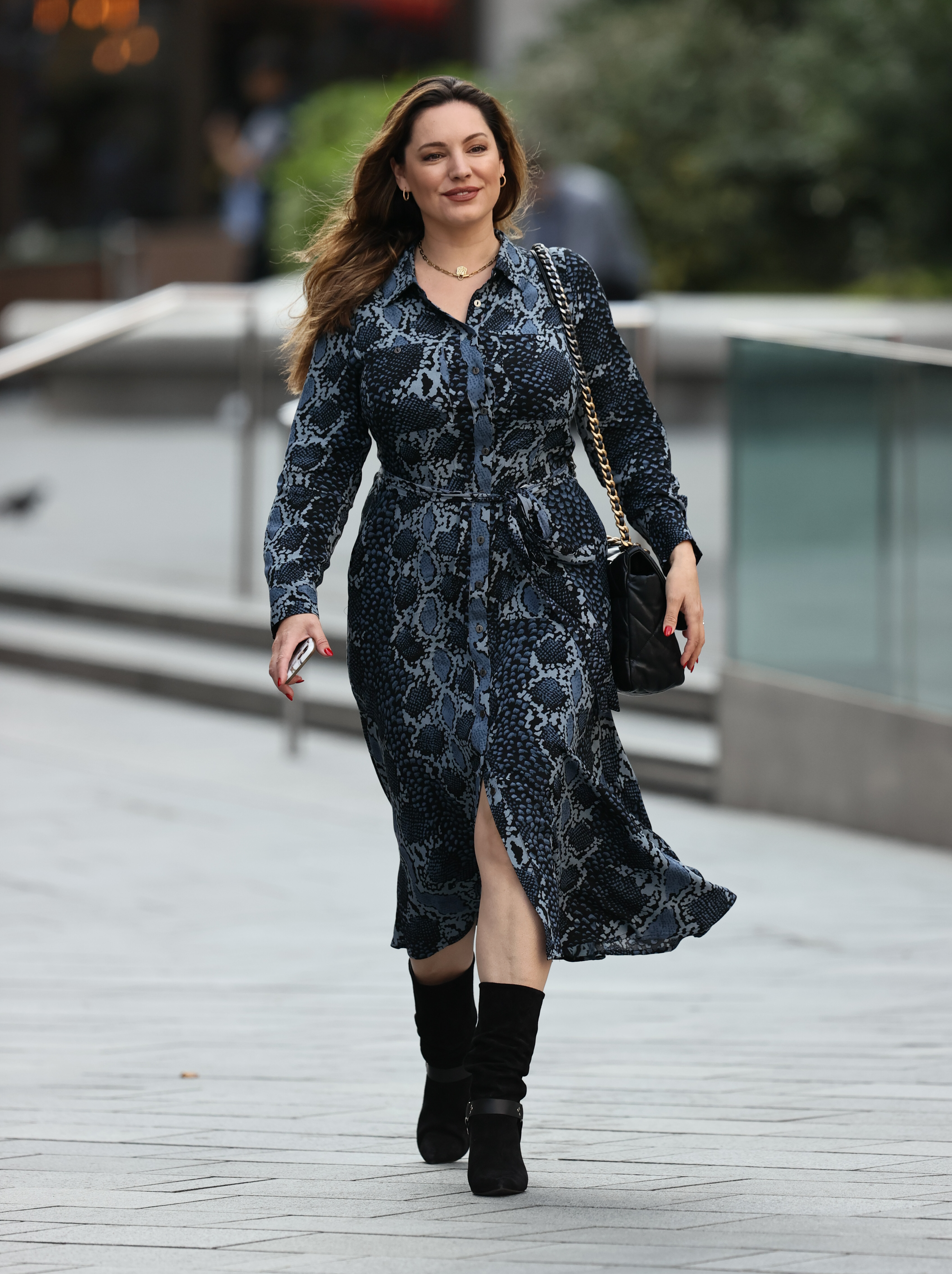 She said she is now ready to embrace a leaner and healthier lifestyle thanks to SlimFast, and wants to be the best version of herself.

Kelly, who is in a long-term relationship with model Jeremy Parisi, said she found “therapy” being in the kitchen during lockdown.

Although she was doing daily walks, she wasn’t moving as much each day or being as healthy.

She also said she took the opportunity to stock up on a pizza oven, ice cream maker and a panini machine, and bought “everything Currys had on sale” as she was “bored and hungry”.

However, Kelly is now hoping to make positive changes towards her health. 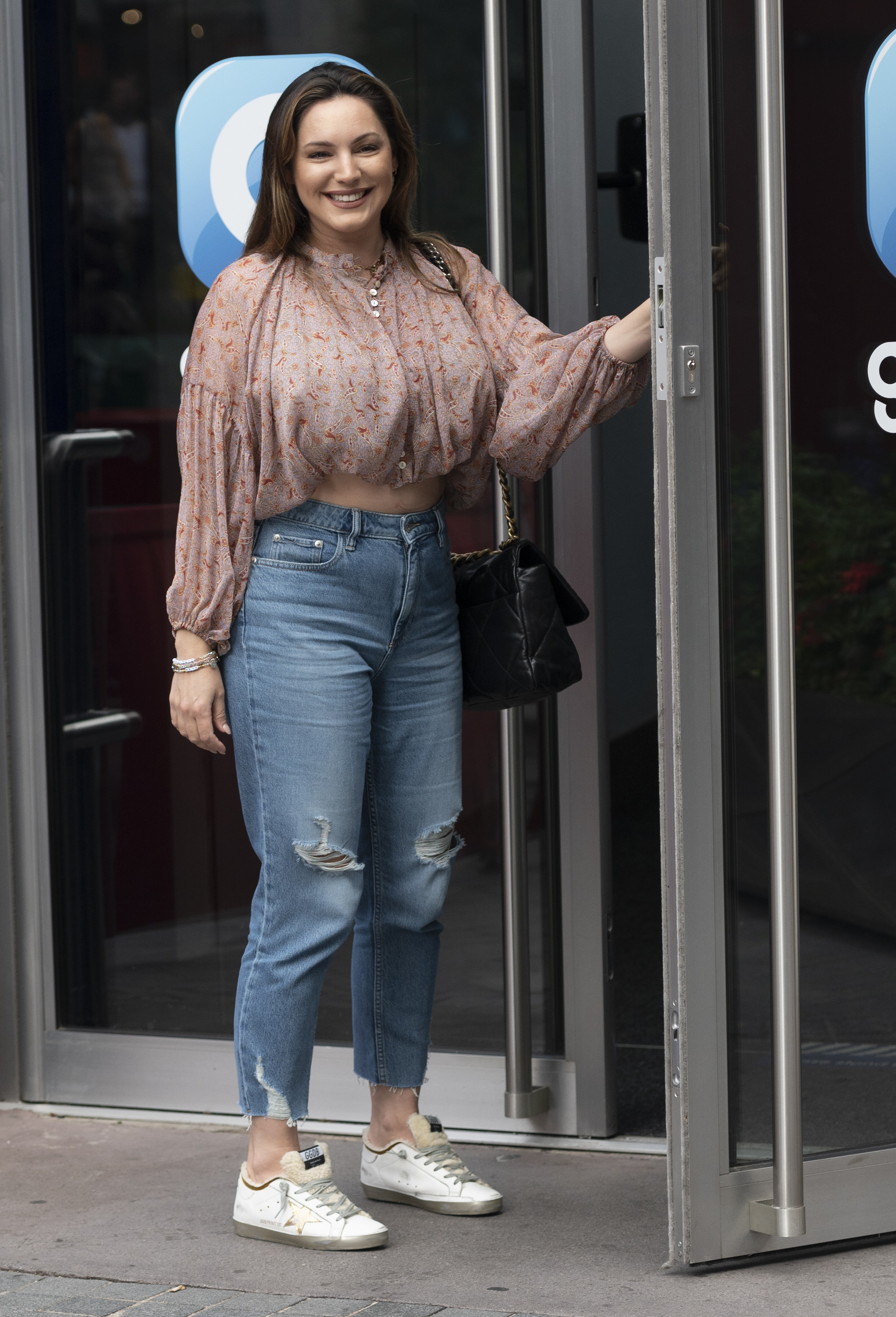