The rock, believed to be worth about £50,000, was custom made for 43-year-old Katie by a jeweller in East London. 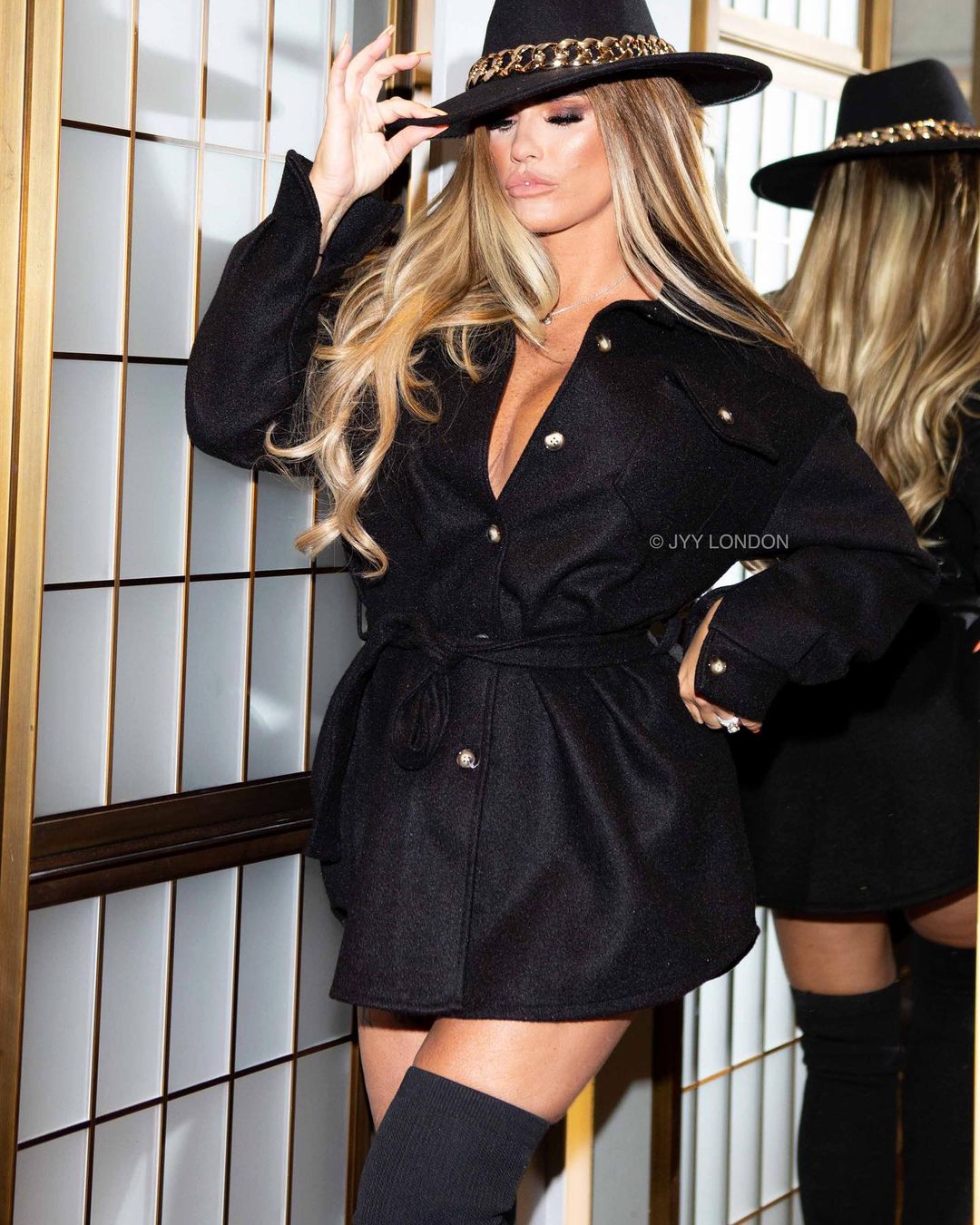 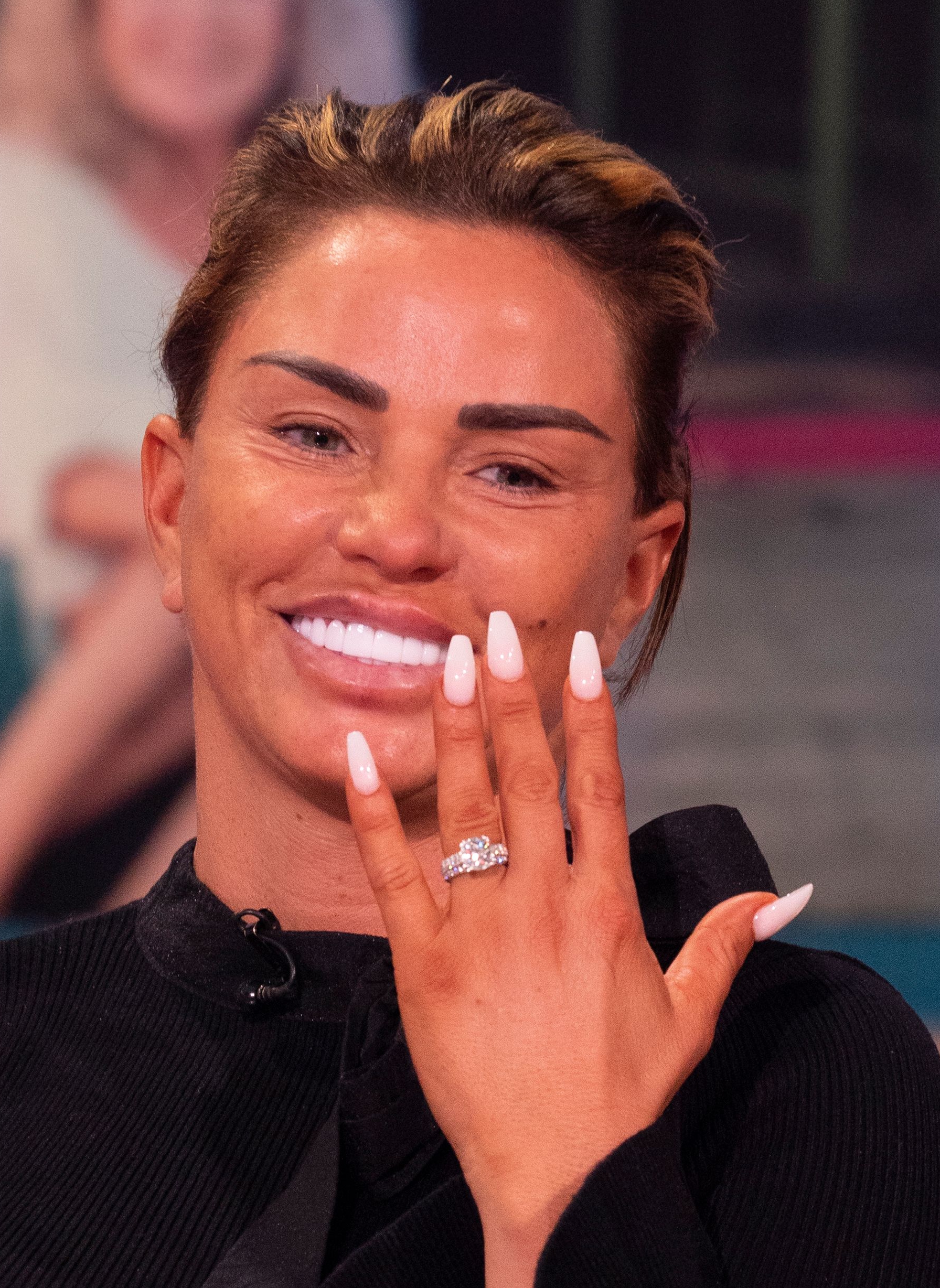 The former glamour model posed in a black buttoned shirt dress with abelt that accentuated her slim waist.

Katie stunned in a pair of knee high boots and black felt hat with chain detail.

She kept her blonde wavy locks loose over her shoulders and opted for heavy eye make-up and bronzer.

The TV beauty, who was wearing her massive engagement ring in the picture, struck a glamorous pose.

Alongside the photo, she wrote: "I mean business baby😉 full outfit is my new @jyylondon range 🖤."

Katie fans were quick to spot the sparkler but were puzzled why Katie was still wearing it – despite it clearly being an old photo.

Another posted: "You looking stunning Katie but why you wearing the engagement ring."

But some of Katie's followers were quick to clear up the misunderstanding and posted: "Who knows when this picture was taken.."

It was given to her by her partner Carl Woods, a car dealer who made a brief appearance on the 2016 series of Love Island.

The model-turned-TV personality previously told of her love for the bling, saying it was like a “fairy-tale ring and more than I could dream of”.

The pair met in June last year and embarked on a whirlwind romance, with Carl, 32, moving into Katie’s home last September.

They got engaged earlier this year and have openly talked about trying for a baby. 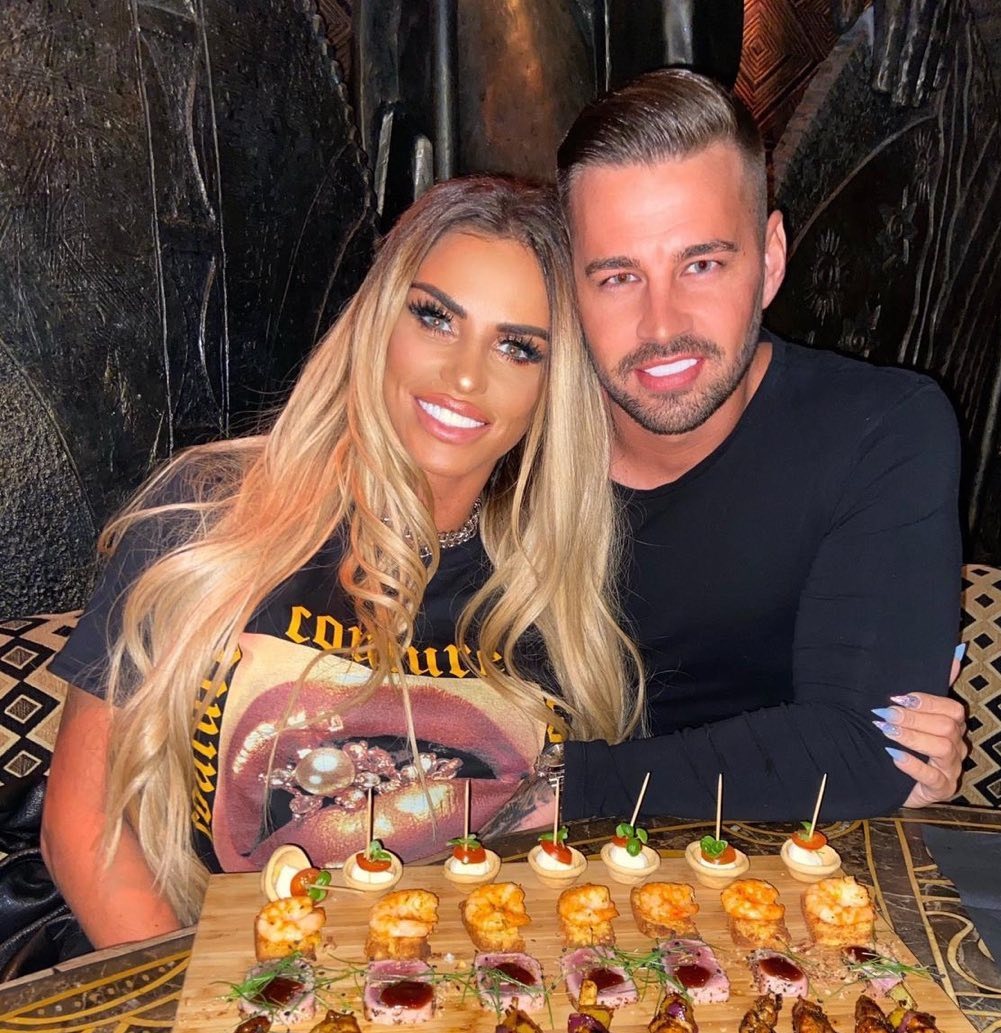