JACQUELINE Jossa ended up getting a slap around the face when a friend tried to hide her from the paps after a night out. 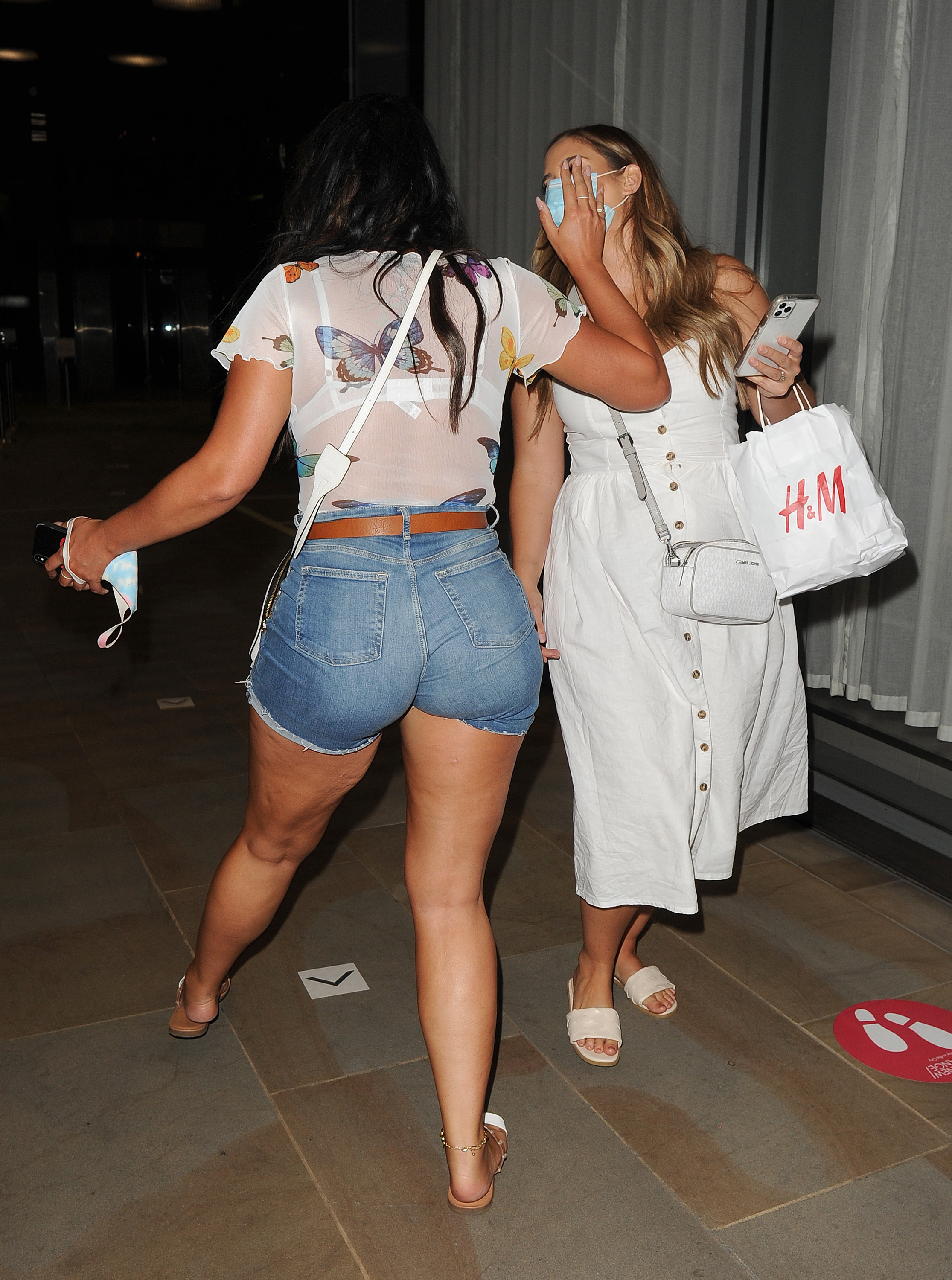 The actress looked sensational in a summery white midi dress and sliders, and was carrying shopping bags from H&M as she made her exit.

Jacqueline clutched onto her mobile phone and had a handbag draped across her body – also taking extra precaution by wearing a face mask.

As she and a female friend made their way out of the bar to a waiting car, the pal whipped her hand over Jacqueline's face in an attempt to shield her.

She ended up striking the brunette beauty – who thankfully appeared to see the funny side as she lifted both arms in the arm. 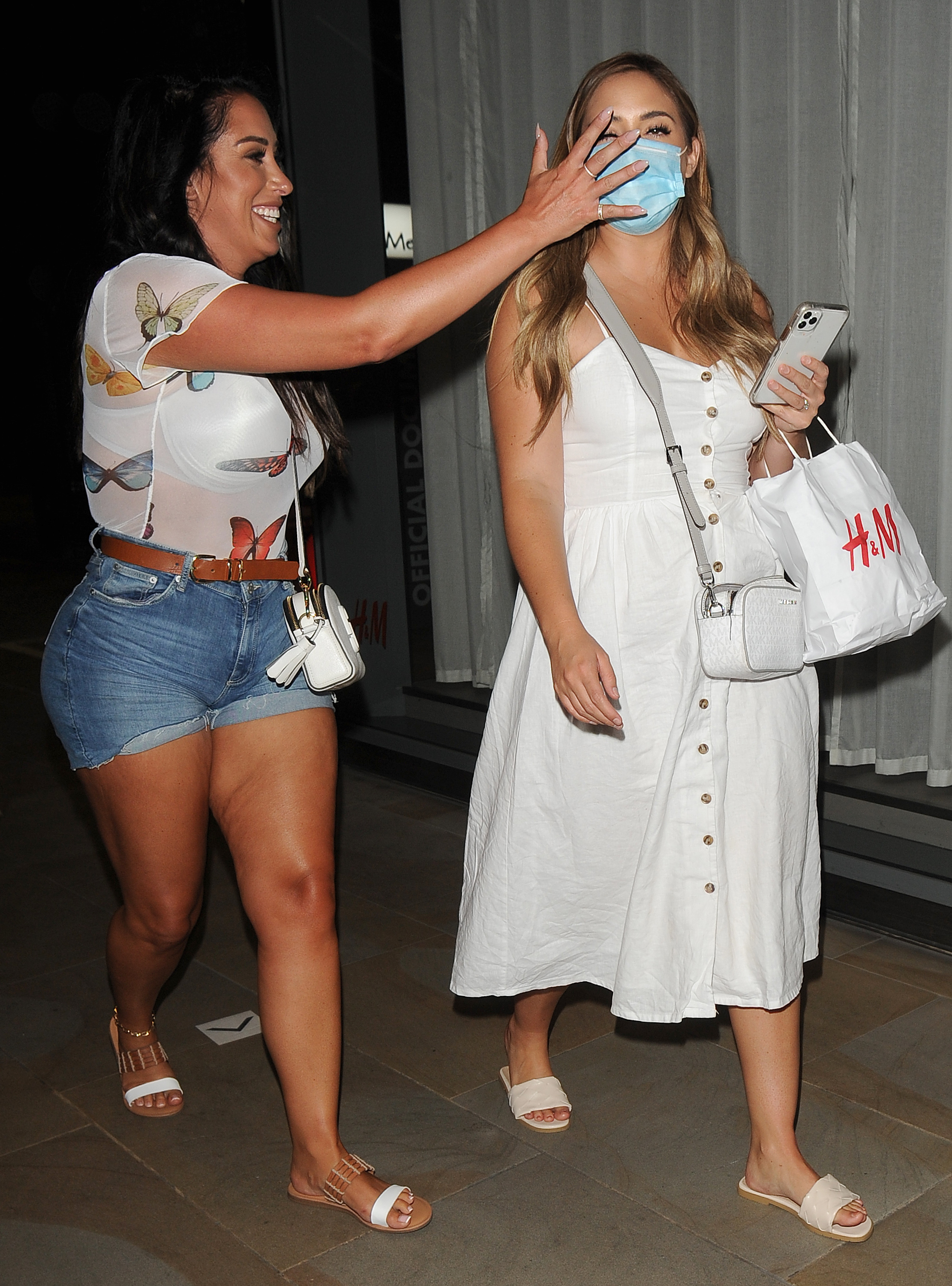 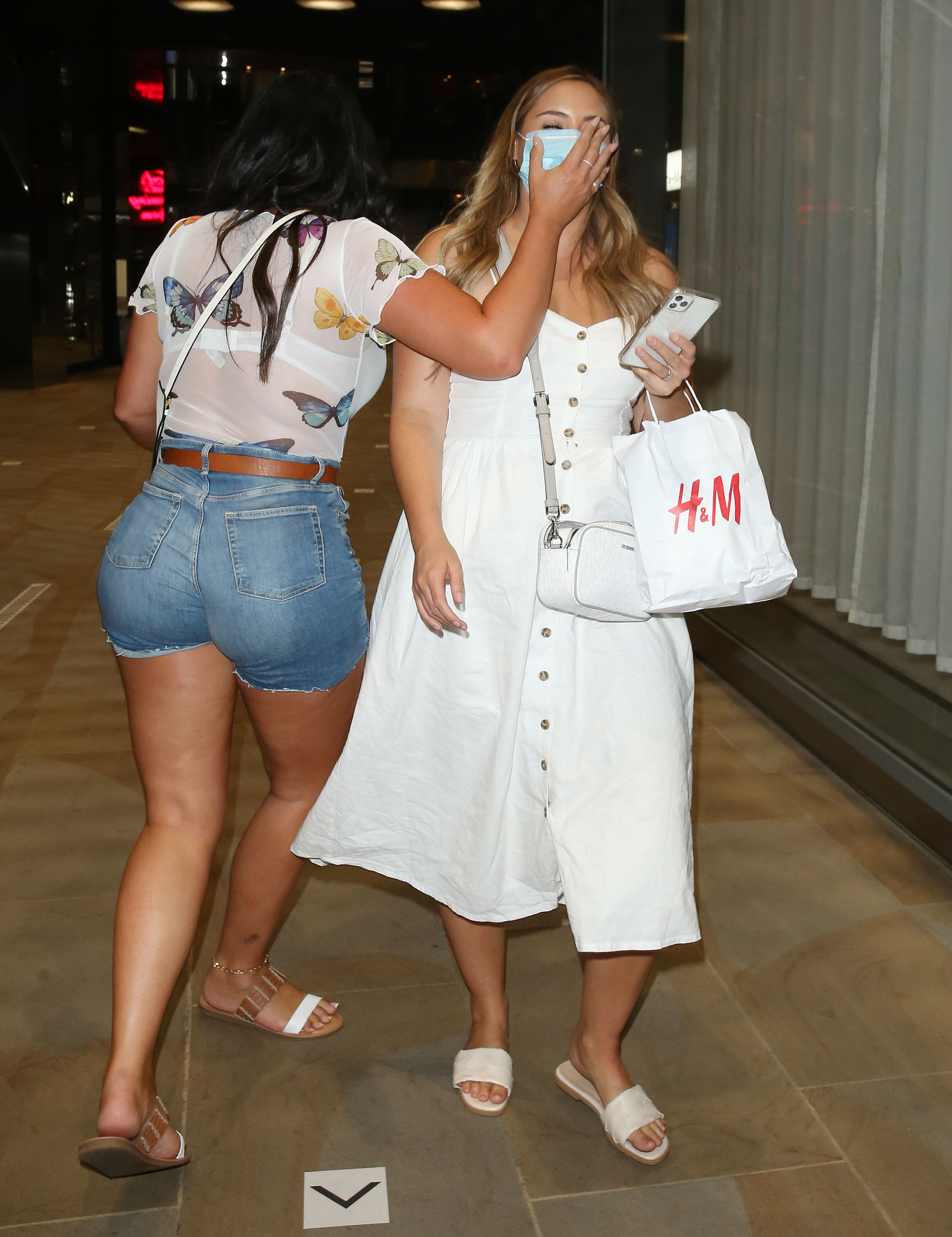 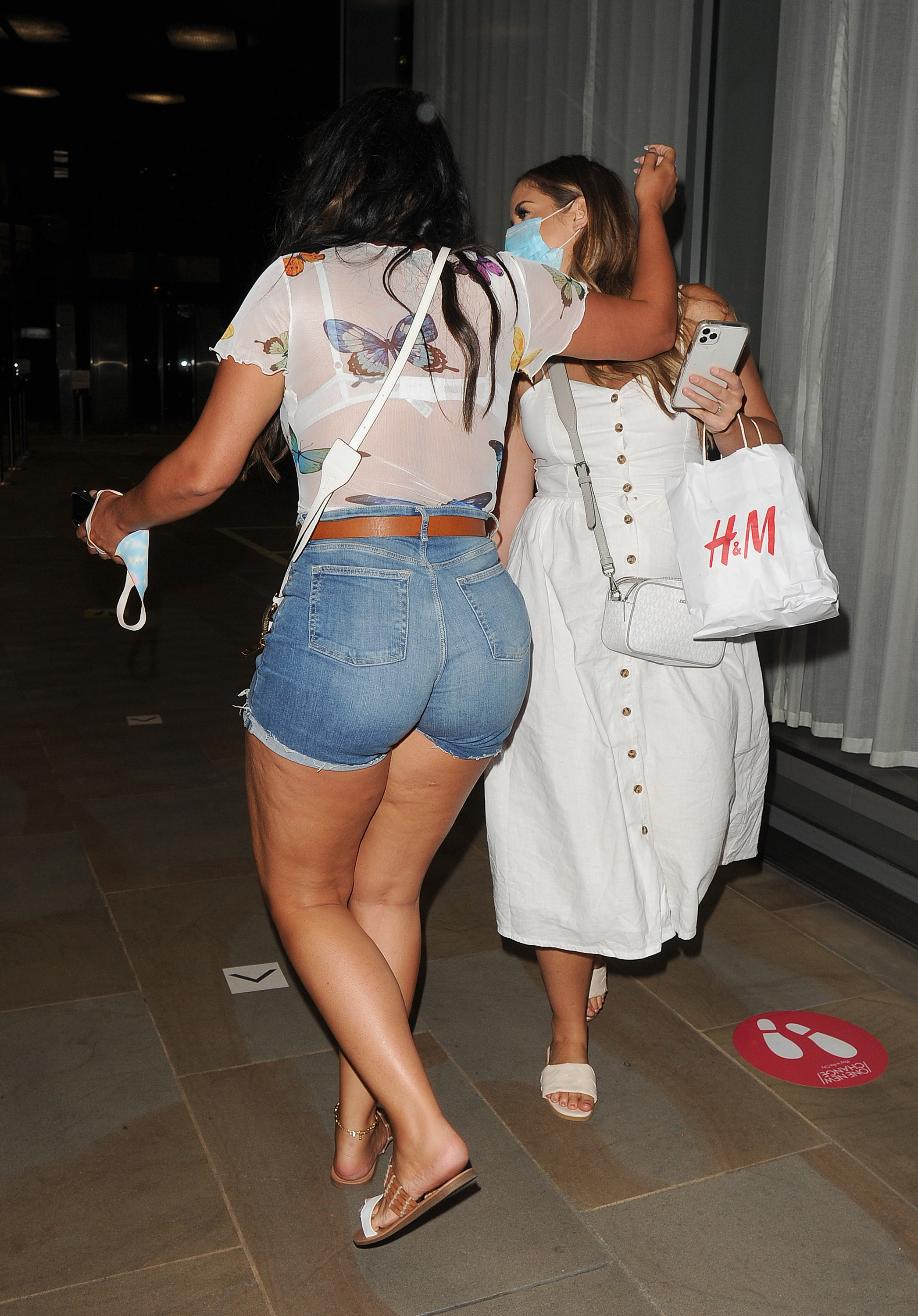 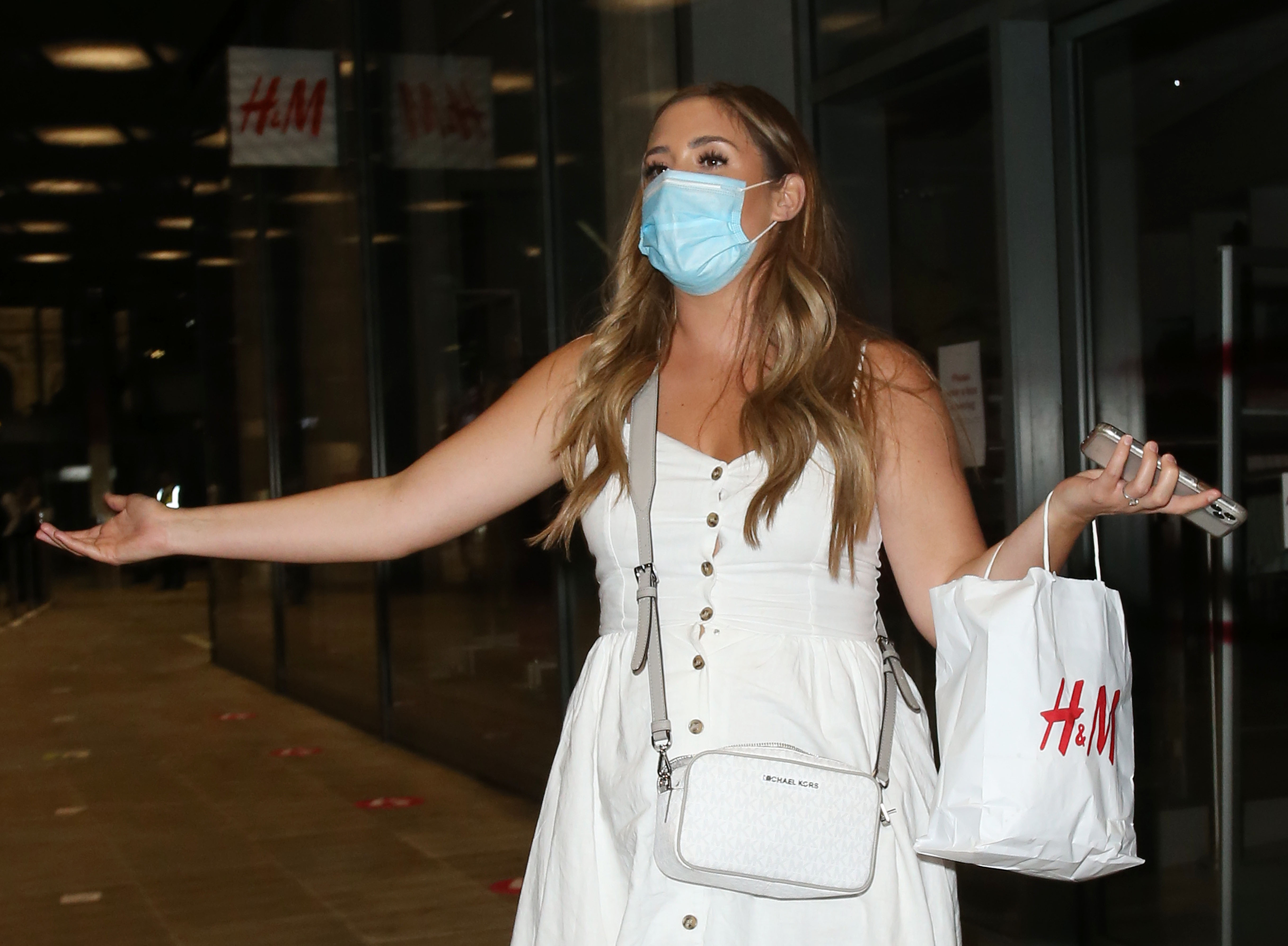 Earlier in the day, Jacqueline had showed off her singing voice as she and friends enjoyed a karaoke session in their car.

After an epic feast at Essex hotspot Sheesh, Jacqueline filmed herself singing along to Evanescence's My Immortal , before giving a rousing rendition of Always On Time by Ja Rule and Ashanti.

Although the mother-of-two enjoyed a fun-filled day yesterday, she was still left pining for husband Dan Osborne, who is currently in Turkey to get his teeth done. 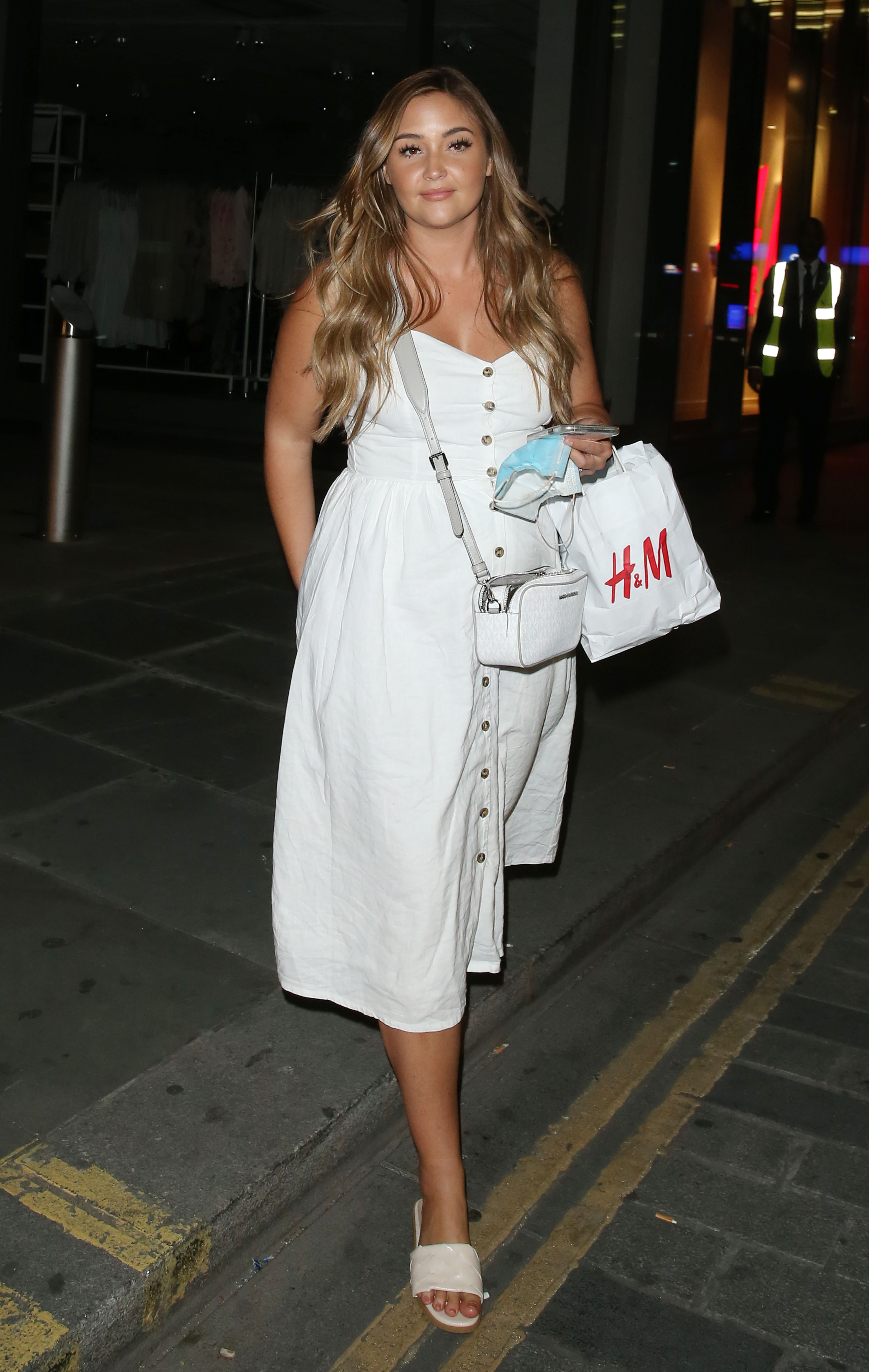 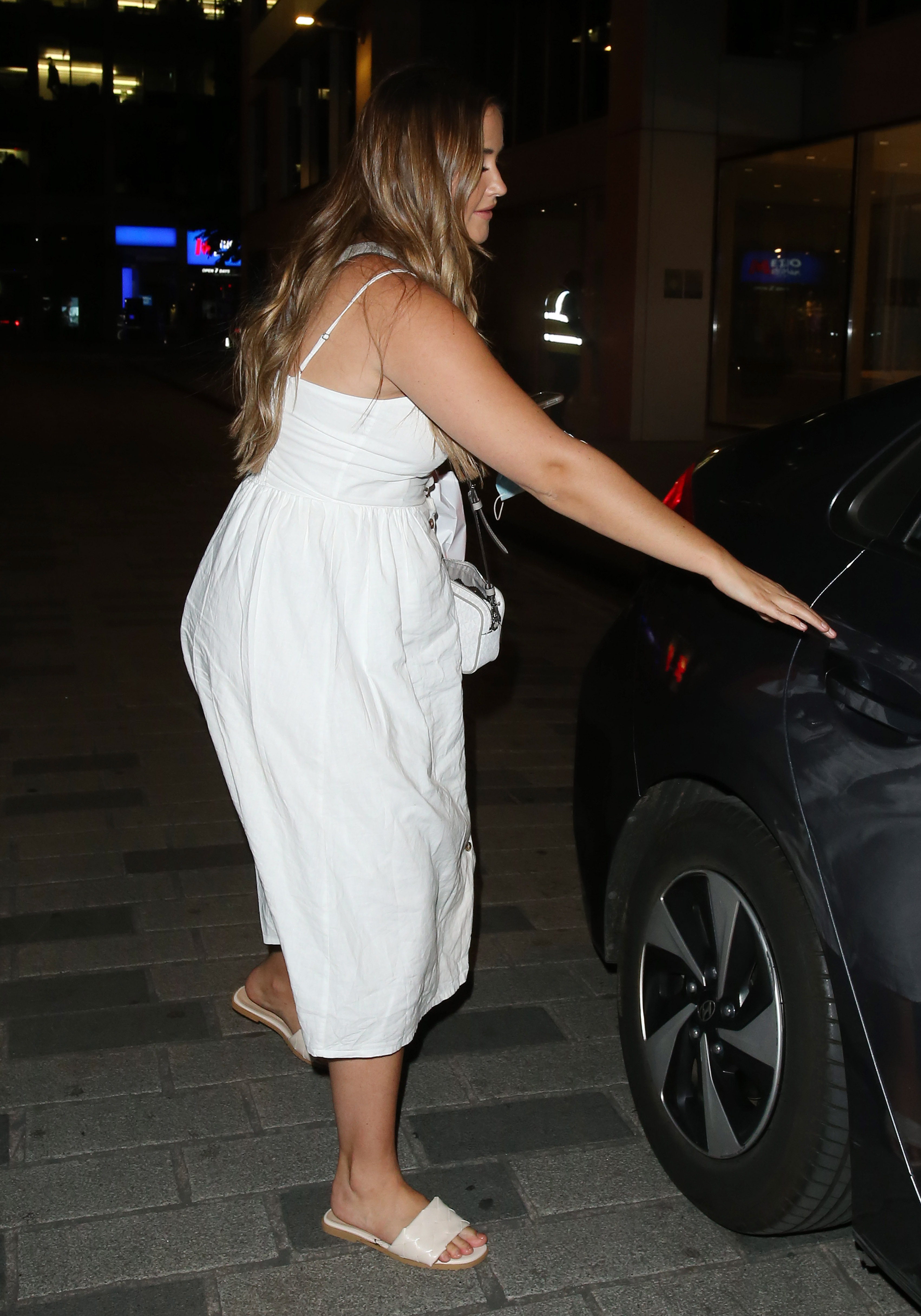 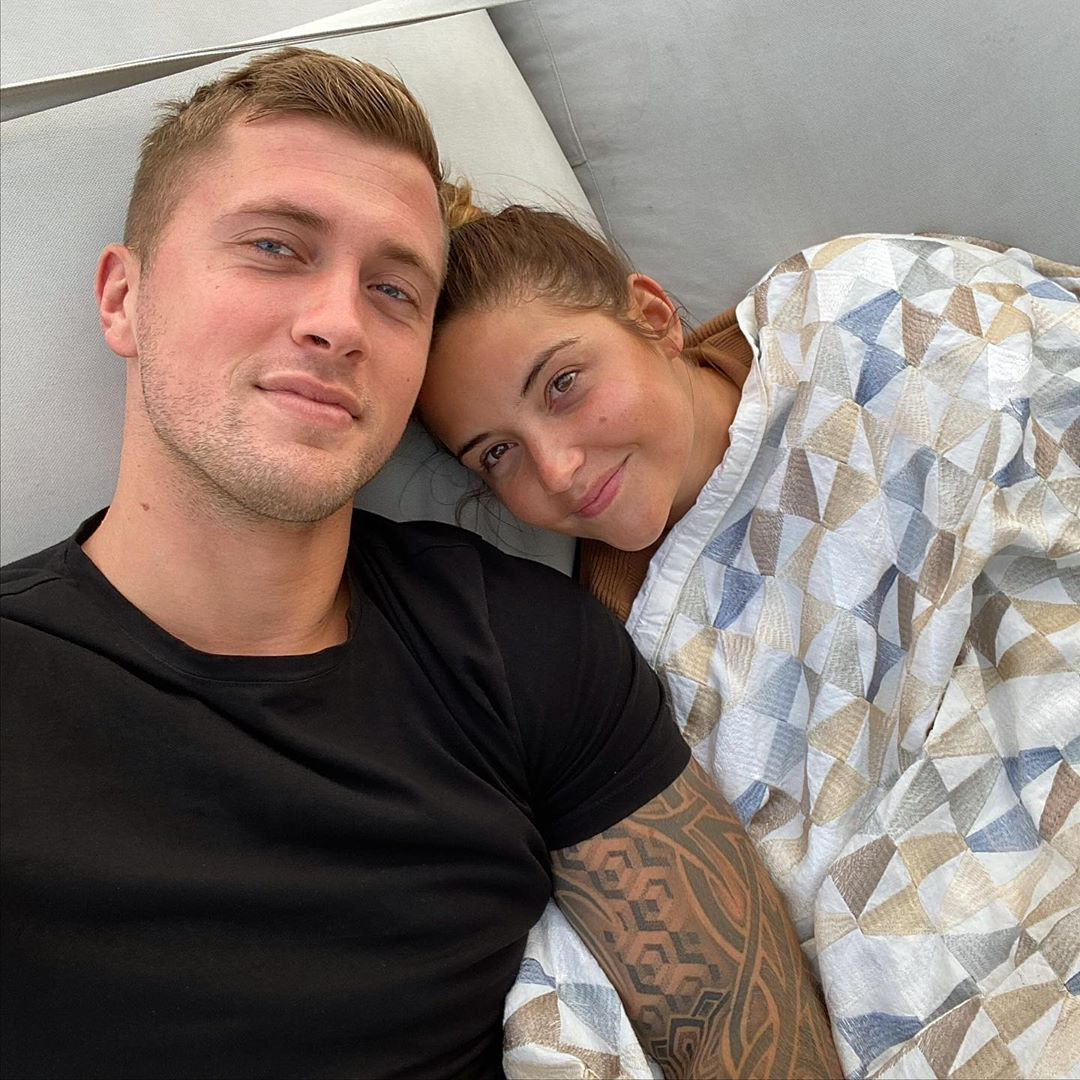 Sharing a loved-up selfie of them on a previous holiday together, Jacqueline wrote: "🙌🏼 my MR ❤️ Hurry home please."

Dan shared a similar post on his Instagram page and wrote alongside it: "Pair of Osborne’s ❤️ this is a better picture, me and you, on a boat in Dubai 🙌🏼

"Was the worst weather they had in Dubai in 30 years 😄 and still had an amazing time, as long as I’m with you ❤️."