Good Morning Britain was discussing whether going to the pub while off sick from work was right or wrong. It came after a judge ruled it as not a sackable offence during case of an ill driver who was fired after being caught drinking at a social club by his boss. Susanna Reid and Ben Shephard were joined by judge Jerry Hayes and small-business owner and former The Apprentice star Thomas Skinner to discuss the matter. The judge was adamant people taking a day off work, claiming they are sick and going to the pub are “selfish”.

Thomas began: “You can be sick for so many different reasons; I had it last week, I was in one of the vans with my drivers – I’m a very hands on boss, I’ve got eight drivers, and we deliver mattresses.

“One of my drivers jumped out the van, he fell on his ankle, twisted his ankle, carried on the day like normal.

“In the morning, I’m on the way to the warehouse, he rang me up and said ‘Tom, I can’t come in today, I’ve got to have the day off sick, my ankle, I can’t lift anything up.’ 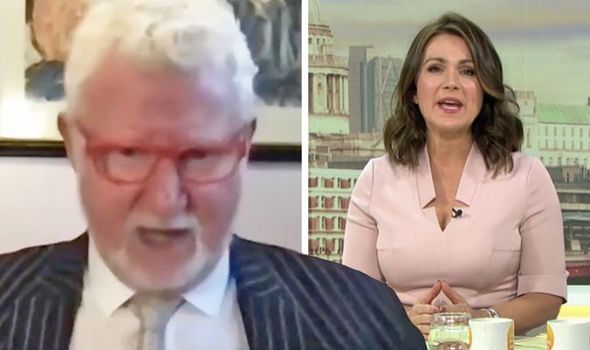 “I was a bit upset because I had to work a bit harder that day. In the evening, I rung him up and asked him how he got on, [he said], ‘Tom, I went down there had an x-ray, it’s not broken, but what they’ve said is you’ve got to rest for three or four days. The match is down the pub.’

“It depends what you’re sick for. If someone lied to me, stole from me, obviously they would be sacked.

“But you can wake up in the morning and feel terrible and in the evening, feel fine. 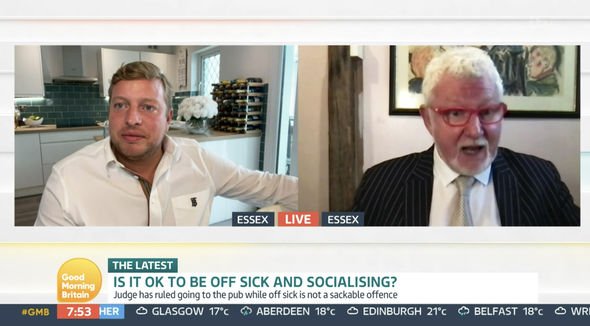 “It is so important, I see my staff as superheroes, I value them so much and without my staff I haven’t got a business. It’s so hard to get good staff so you have to look after them,” the business owner commented.

The conversation turned to people calling in sick so they could watch Euro 2021 games which start this weekend.

Jerry said: “They’ll get a lot of leeway and sympathy from employers, but you book the time off and if the employer says yes there’s no problem at all.

“Now, there’s a picture behind me, and I’m leading dear old Rob Rinder in a murder – we won it, long time ago. 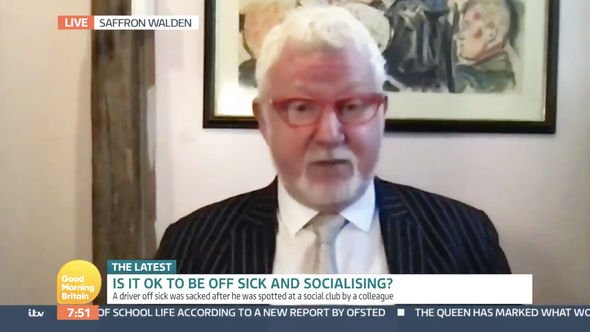 “Now, if he and I pulled a sickie and the judge found us down the pub, well, it wouldn’t have gone down well,” he continued.

“If you’re a primary school teacher and you do the same thing, class is going to have to be sent home.

“If you’re a small business owner and you’ve been done over by the pandemic, it’s just selfish and it’s dishonest! And I think it’s the dishonest that Tom and I are at one on this, which is really unfair.”

Those watching at home took to Twitter to discuss.

One said: “Good old fashioned common sense as always from Thomas Skinner who sees the value of a good work force & even joins his staff member in the pub for a drink! What a totally refreshing attitude & respect for those helping to build his business.”

“If employers treat their employees fairly, the employees will respect them and treat them fairly.  It’s a give and take scenario, or it should be,” someone else remarked.

A third added: “I could be classed as off sick with a broken arm, leg, etc. Why should I not be allowed to sit in a sunny pub garden???”

“Of course it isn’t ok! Why would you do that! Why should other staff members have to do extra work so your out enjoying yourself! People need to show more respect,” another argued.

Good Morning Britain airs weekdays at 6am on ITV.