Cheyenne showed fans pictures from her elaborate vacation weeks before the Teen Mom reunion is set to air. 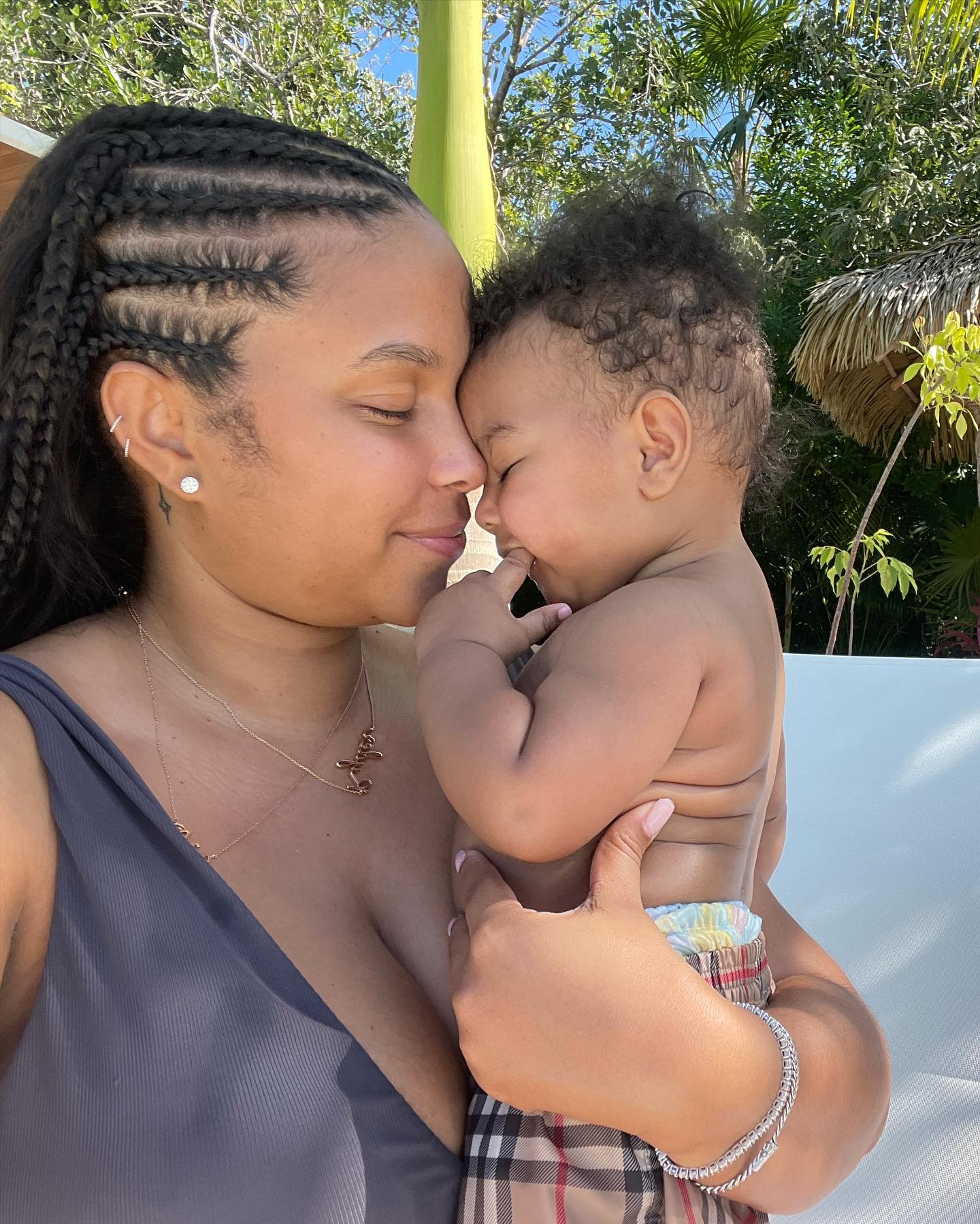 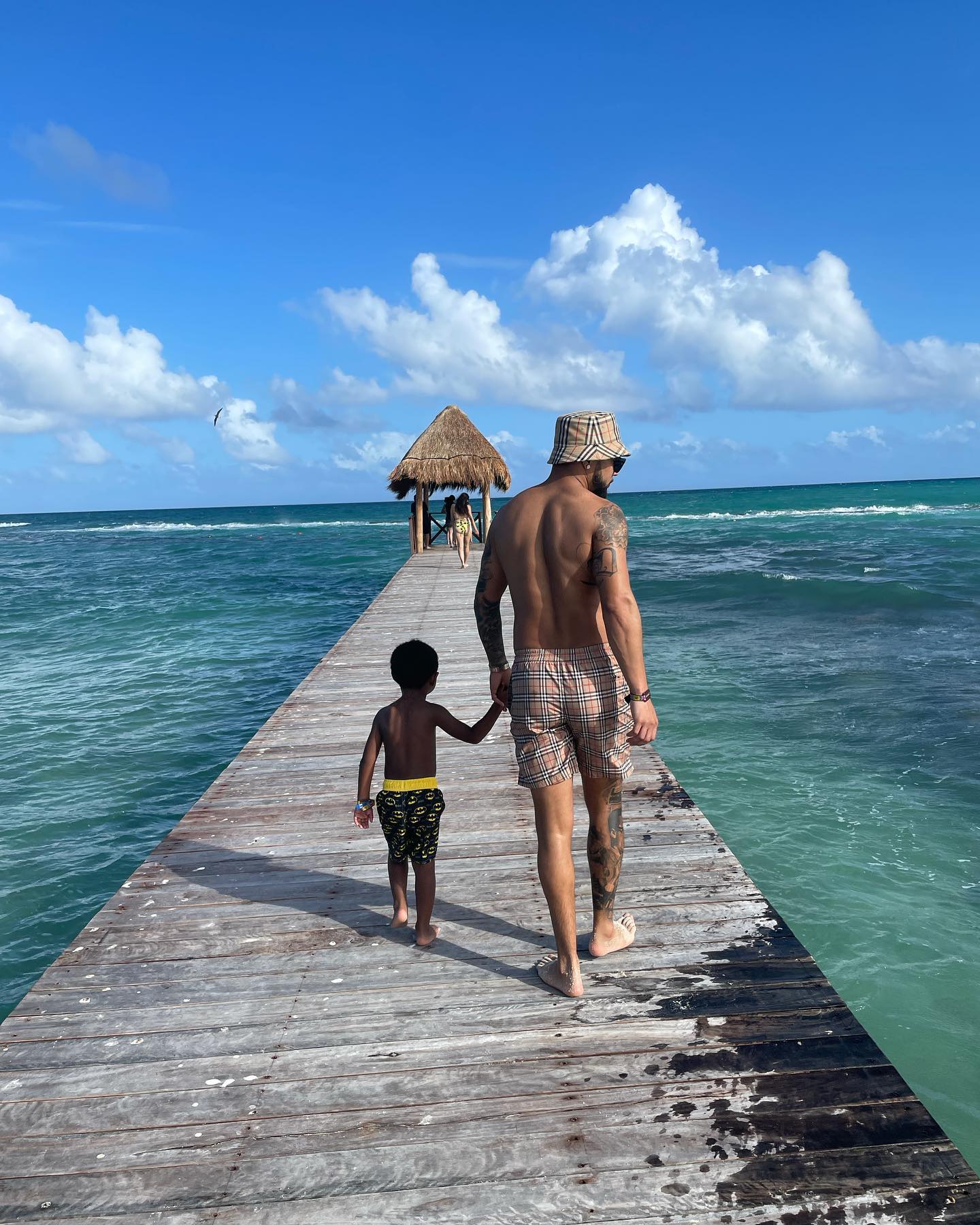 Cheyenne, 29, took her two kids and fiancé Zach on an elaborate vacation to Mexico.

They walked on the beach, cooled down from the hot son in pools, and went to large water parks.

The family appeared to be staying at a luxury resort in Mexico, however the exact location was not yet revealed.

In many of the photos, Ryder – full of personality – posed sassily in front of the camera and Ace smiles happily.

Cheyenne's last picture in her photo dump was a sweet moment with Ace cuddling up to his mom's face as she held her baby boy in her arms.

Also while on vacation, Zach shared a series of snaps with Ace.

In the photos, the father-son duo matched in plaid Burberry swimsuits and hats as they spent time near the pool.

He captioned the snaps: “los momentos son para siempre," which is Spanish for "moments are forever."

Zach continued to document their matching outfits on his Instagram Story by sharing a snap of Ace sitting in him lap.

Cheyenne also gave Teen Mom OG fans a glimpse into their Mexico trip by sharing a photo of her nephew and her daughter Ryder, four, spending time by the pool.

Another photo shared by Cheyenne captured Ace happily smiling in his Burberry ensemble.

Cheyenne and Zach welcomed Ace in May, while she shares Ryder with ex Cory Wharton.

While Ryder is not his biological child, Zach has been a supportive step-parent to Cheyenne's oldest child.

He even inked his love for his step-daughter on his hand by getting a tattoo of Ryder's face.

He also got her name tattooed alongside the portrait.

Cheyenne was first to share the tattoo on social media, writing: "My fiancé tattooed his bonus daughter's portrait today."

She added: "I am so blessed to have a man that not only loves me but loves my daughter as his own."

Fans couldn't get enough of the display, as one fan commented: "Seriously crying omg."

A second Instagram user gushed: "Omg that so beautiful! I'm crying. To see a man to love your baby as his own is beautiful. That how it should be. You got a real one… One we all pray for! God bless you."

Another user agreed with the sentiment, writing: "That's a beautiful expression of love and to show Ryder that she's just as much a part of his heart as you and Ace are."

Cheyenne recently revealed Ryder and Ace signed with a print and commercial agency.

Sharing some of her kids' new professional snaps, the mom of two proudly smiled, holding Ace in one arm with Ryder cuddled up against her hip and smiling in the other.

Additional photos by Asha Bailey photography showed Ace and Ryder looking adorable together, smiling and posing for the camera.

Cheyenne wrote: "I am so proud of both of my babies! Last week they both got signed to a print & commercial agency.

"It's full circle because it was the same agency I was with as a child."

The MTV star continued: "As of yesterday, Ace has already booked his first job! It's an amazing feeling being able to help Ryder follow her passions, 'mom, I want to be a Disney kid,' and y'all know I will move mountains to make it happen!"

Jade also got furious and screamed in her co-star Cheyenne Floyd’s face in the latest drama-filled trailer for the reunion.

Multiple verbal and physical fights broke out during filming of the new show, and the newest teaser shows Jade once again being a major part of that.

The answer came as the video continued and saw the cast devolve into chaos as they all angrily yelled over one another and got in each other’s personal space.

Jade promised in the caption when sharing the clip: “It’s happening! You’ve never seen the moms like this before.”

At one point, a furious Jade screamed in Cheyenne’s face: “When I call you out, bring it to me!”

Fans called the whole thing “pure drama” and one wondered” “Why is jade screaming at Chey? Please.”

While the two are standing close to one another, some followers think the mother-of-one is actually yelling at someone over Chey’s shoulder. 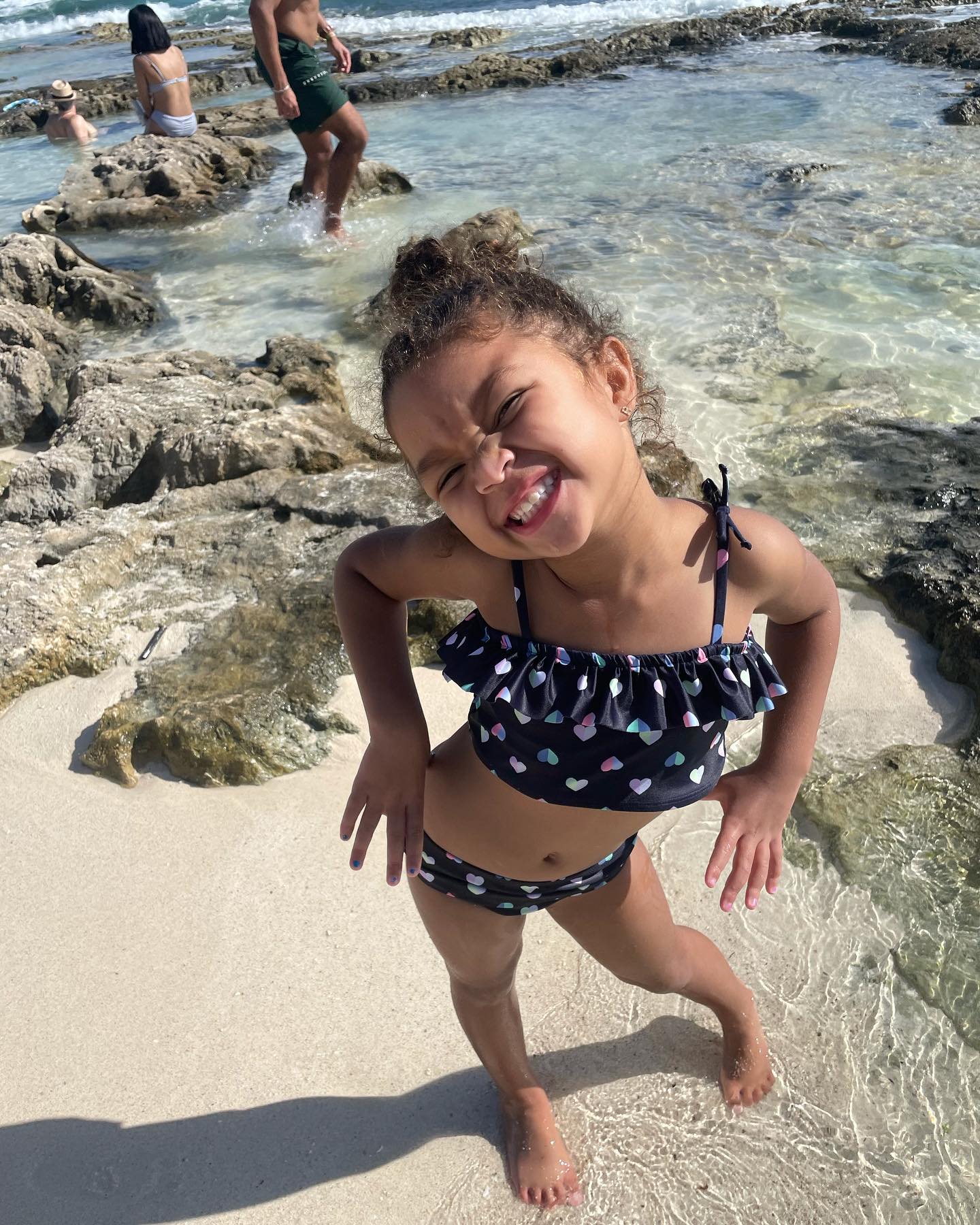 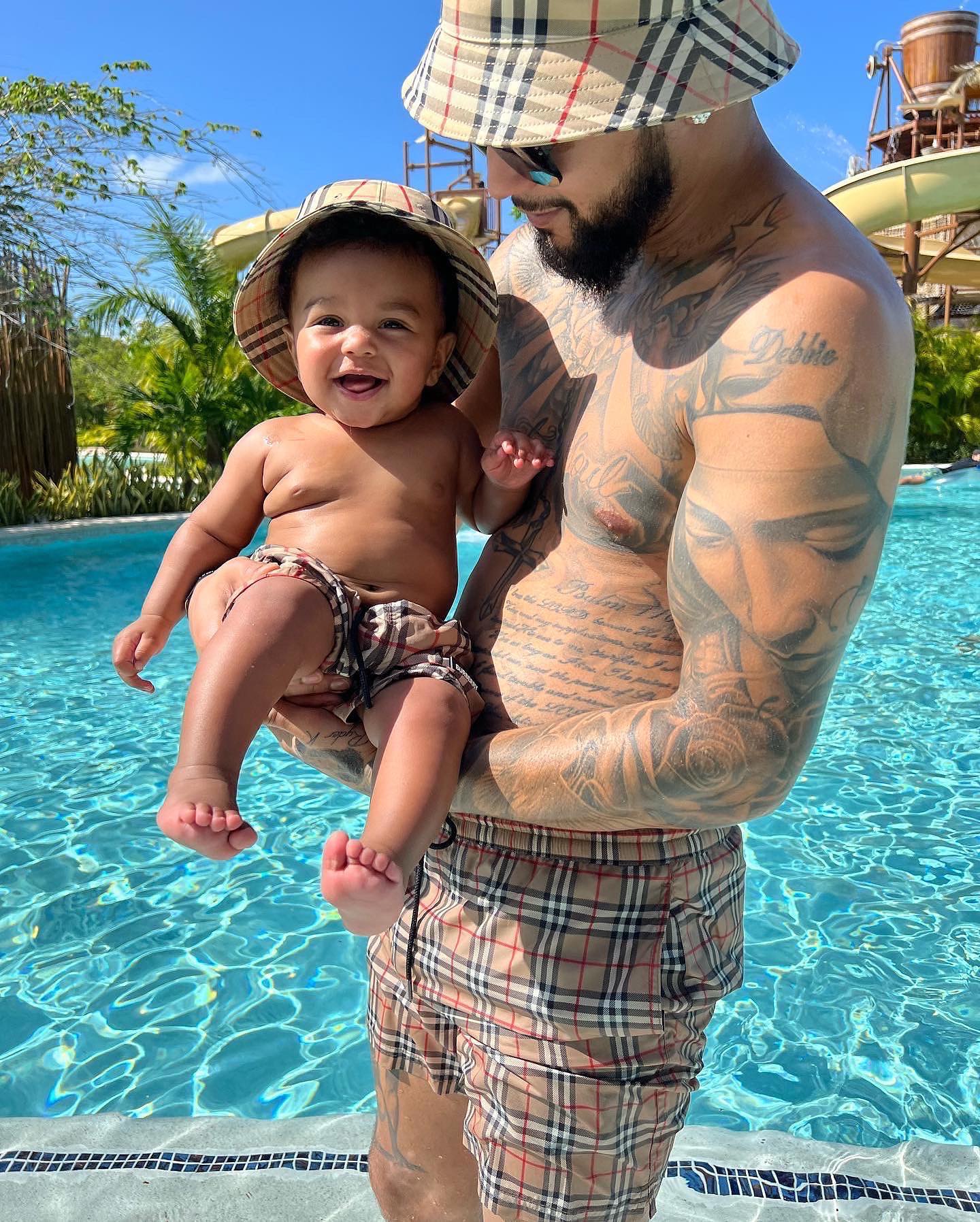 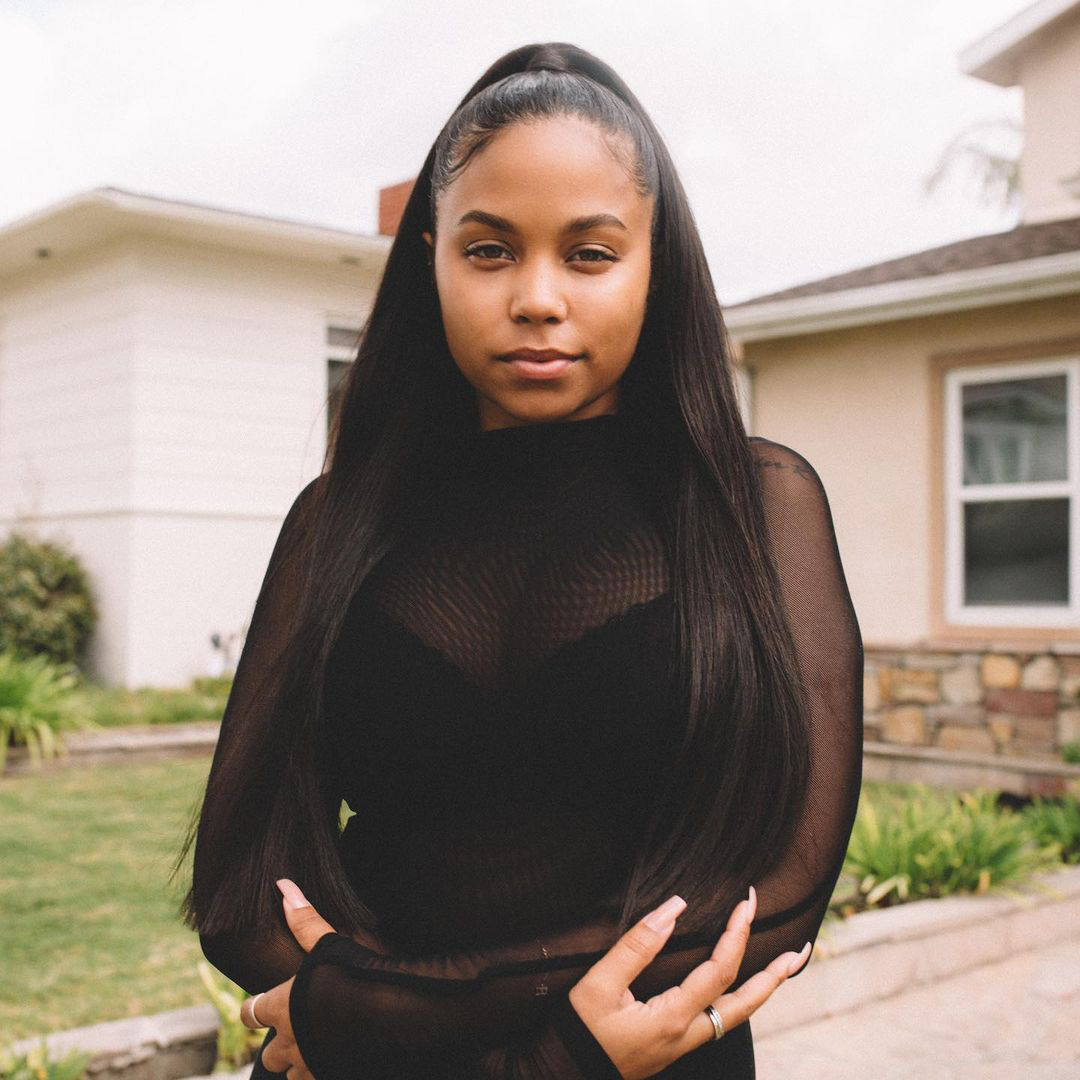