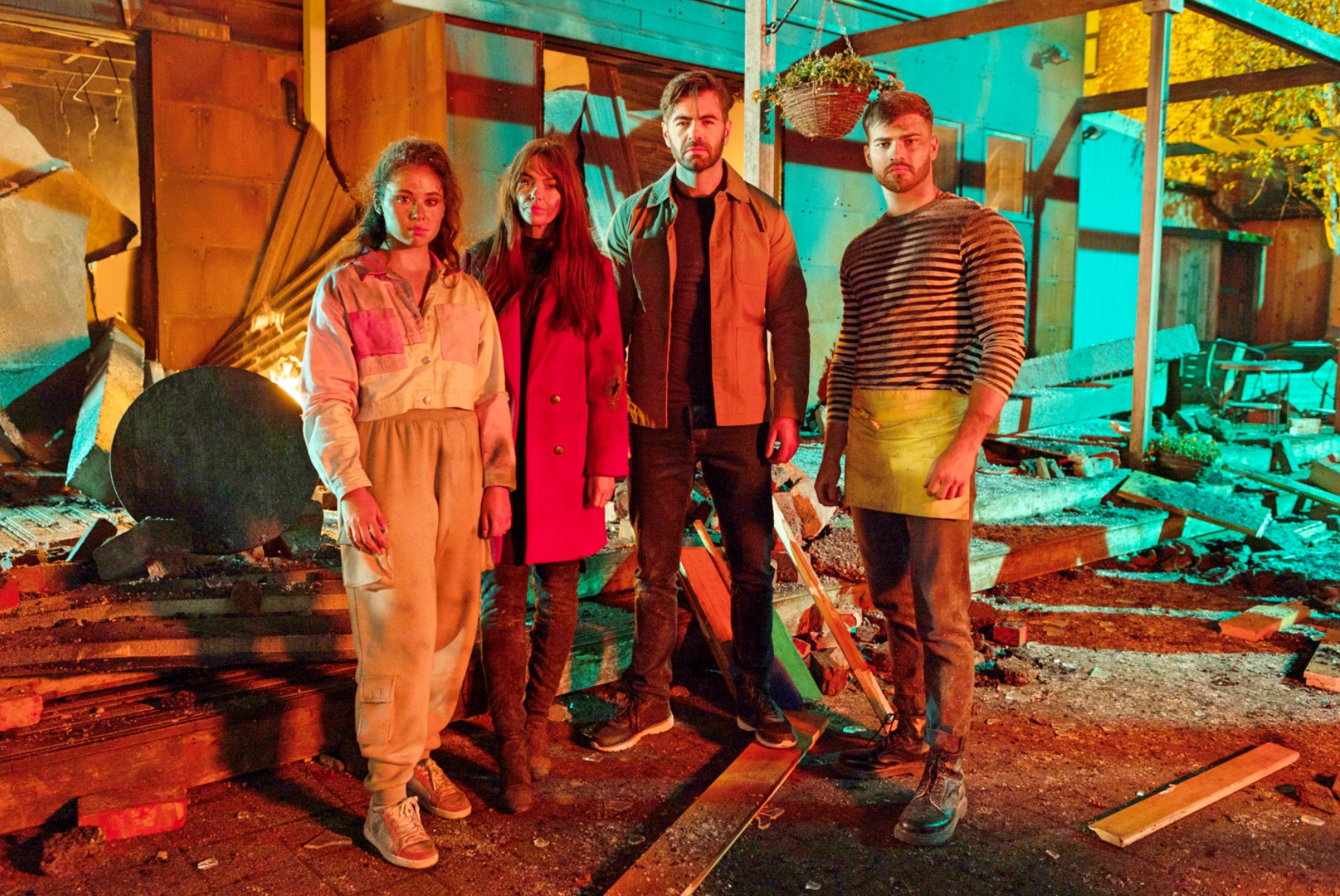 Ferris Wheel plunges, train derailments, failing parachutes, ground collapses, killer storms, minibuses smashing into weddings and tornadoes – what do they all have in common?

Hollyoaks of course, the deadliest village on the map. The pandemic has forced our favourite bonkers soap to pull back with the old spectacle somewhat, with distancing measures and skeleton staff on set at once making their impressive set pieces difficult to pull off.

But this week, the soap was back with a very literal bang which was excellent news for stunt starved viewers, although less of a happy event for Sylver, Marnie and Celeste. Laters, chaps.

As black widow Mercedes McQueen (Jennifer Metcalfe) added another husband to her death list, Hollyoaks presented one of its infamous weeks of over the top peril and silliness.

And boy was it welcome. Last October just didn’t feel right without something in the village exploding, flooding, collapsing or blowing away.

As I have said many times, Hollyoaks’ magical contrast between storylines of such crazy nature and long running arcs that are so human and life changing is a formula that it nails.

And defying the ongoing pandemic to remind us of how all out the programme goes when it fancies a crash, bang and a wallop has been a triumph.

Gifted by Channel 4 with an hour long special (more of these, please), Jayshree Patel’s script threw together the community into scenes of horror and chaos with the explosion at Salon de The.

The stunt was spectacular but only the beginning of the drama as, like with any story of this magnitude, the aftermath has to be even more powerful than the blast.

Our favourite characters were buried in rubble and desperate for help, leaving fans fearing for the characters they love.

Peri and Juliet’s beloved relationship appeared to be shut down in the most tragic way when the show teased us with the death of Juliet. Naughty!

Meanwhile, Sylver’s last minute return proved to be a massive mistake as the hero rushed into the fray, only for young Bobby to turn even more sinister and leave him to die.

Silas would indeed be proud.

The ongoing saga of Toby and Celeste’s murderous secrets saw big revelations come to light which changes the landscape for the Deveraux family – and also saw the end of Celeste too.

And then came the big twist – just as Marnie was contemplating a future with lovelorn Jack, an injury to her head saw her collapse and pass away, leaving many fans gutted that the camp snob of a character was no more.

But while we have been robbed of some pretty big characters, we have been gifted with some huge stories which will flourish from this.

Bobby’s murder secret, Peri and Juliet’s future, Toby’s aftermath, Becky and Ollie’s impact, grieving James’ revenge and much more are arcs we have to look forward to.

And it wasn’t just about the action.

Scenes such as Marnie touchingly gifting Juliet with one of her rings reminded us of the character’s warmth and touchingly gave another insight into her bond with Juliet.

Peri’s torment as she waited for news on Juliet was a heart in the mouth moment and Cleo, Martine and Felix’s varying reactions to what Toby had done provided a really interesting mix of dynamics.

It was a week that reminded us that Hollyoaks still has it when it comes to big event weeks – and sets the standard for future hour long specials.

But the show remains the gift that keeps on giving overall too – the mix of human stories, comedy, issue led storylines and of course madcap stunts is just what the audience loves.

And no pandemic can take the shine from the diamond in the Channel 4 schedules.