Home » TV & Movies » ‘Has he got a sore leg?’ Rod Stewart sparks concern as he crashes interview on crutches

Penny Lancaster joined Lorraine Kelly on her ITV chat show to talk about her work to raise money for the British Heart Foundation and working with the police force. As she discussed training to be police officer, her husband Rod Stewart walked into the room and could be seen on crutches behind Penny. Lorraine was thrilled to get a glimpse of the singer but shared her concerned as she questioned why he was on crutches

“He’s behind you! Hello gorgeous” Lorraine exclaimed as Rod smiled as he appeared on screen behind his wife.

Penny giggled before Rod walked off with his crutches visible, which caught the attention of the host.

“He’s got crutches. Has he still got a sore leg? He had an injury,” Lorraine asked.

Penny explained: “Yeah he’s had ankle surgery. He had knee surgery which was fantastic, he got over that pretty quickly. 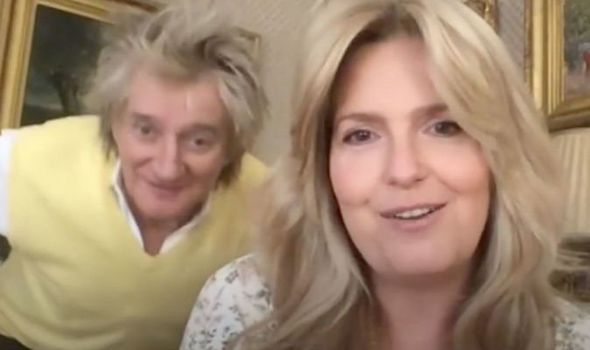 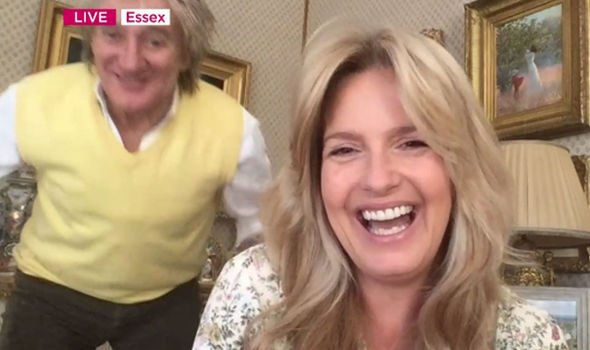 “But the ankle surgery is taking a little bit longer but he’ll be back.”

“Of course he will! Nothing puts him down,” Lorraine replied. “He’s working on new material isn’t he?”

Penny shared: “He’s got a whole new album that will be out soon when he gets to tour, which he can’t wait to do.

“But he’s very supportive of my work with the police, he knows it’s a burning desire.” 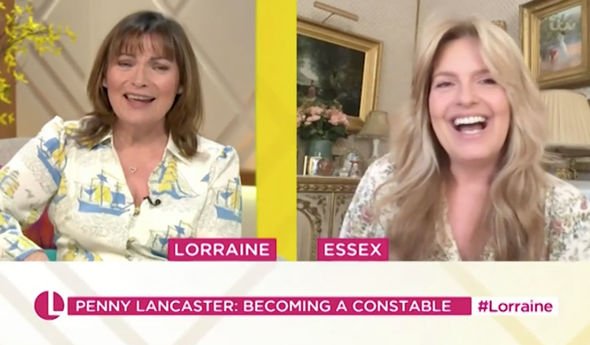 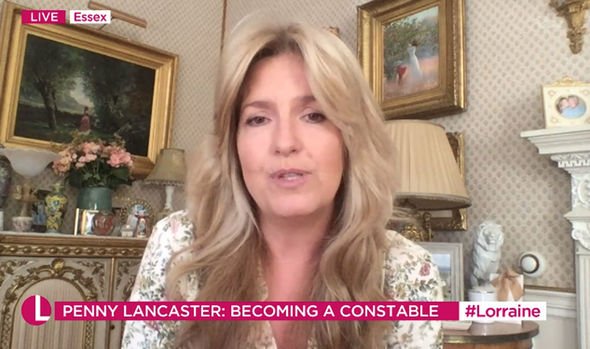 She continued: “He can’t stop me, once I’ve decided on something.

“He will be nervous for me but I have had the training ad the support, we just want the best for the public.”

The Maggie May hit-maker went under the knife for a knee replacement in early 2020 but had since had more surgery on his ankle after admitting he was “struggling” to work.

“First of all, it was my knee as I played football all my life,” he shared. “I am suffering for it now. My knee got fixed with a replacement and then the ankle did not know what was going on.”

He told the Mirror: “[My leg] was crooked. So I have had to have an ankle fusion.

“So when this is all done I should have a nice straight leg and I should be able to run.

“My leg has been caused by playing on awful pitches in Los Angeles. They are bone dry.”

Rod’s appearance on Lorraine comes after he opened up on struggling to get through lockdown.

The musician “hunkered down in Florida” with wife Penny and several of his children in March last year but has since returned to the UK.

Speaking exclusively to Express.co.uk, Rod said: “I’ve had four of my children with me which has made it a lot easier.

“It’s been an adjustment but we’ve made the best of it. And yes, I had one day where I shed a tear or ten because it got to me.”

Lorraine airs weekdays on ITV at 10am.