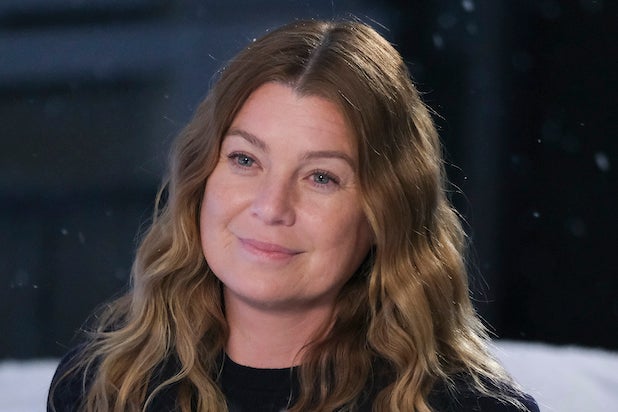 (Warning: This post contains spoilers from this week’s episode of “Grey’s Anatomy.”)

“Grey’s Anatomy” fans excitedly tuning in to Thursday’s episode to see the heavily promoted return of Chyler Leigh’s Lexie Grey via her sister, Meredith’s (Ellen Pompeo), COVID-induced dream saw another “Grey’s” alum show up in a way that confirmed a happily ever after for both departed characters.

During the hour, when Lexie is sitting and talking with Mer on the latter’s magical COVID-dream beach, Mark Sloan (Eric Dane) walks up and smiles at both Grey sisters. We soon learn that “on her beach” Mark and Lexie, who were on-again-off-again in real life and died in the same accident while broken up, are back together.

Cue the waterworks and many fans freaking out on Twitter over the reveal.

“Lexie Grey have always and will always love Mark Sloan,” one user tweeted. “She died thinking he didn’t love her and Mark Sloan watched his love die and he followed suit with a broken heart. They found each other and lived happily ever after in the after life. I cry.”

“So just watch the new episode grey anatomy,” another wrote. “And all i can say i wish we had more moment between them. Either Lexie and Meredith together or Lexie and mark. At least i know the ended up together in heaven. They we meant to be.”

A third added: “i’ll never shut up about this i’m in utter shock slexie endgame mark sloan and lexie grey on my tv in 2021 WHAT.”

Lexie and Mark are the two most recent deceased “Grey’s” characters to join Meredith on her beach during the show’s currently airing Season 17, as she has been living here in limbo between life and death due to a case of COVID-19 in the real world. Mer has also visited with her late husband, Derek Shepherd (Patrick Dempsey), her deceased best friend George O’Malley (T.R. Knight) and the recently killed Andrew DeLuca (Giacomo Gianniotti).

See more fan reactions to Lexie and Mark returning — and reuniting — below.