Fans were treated to the last episode of Gogglebox’s latest series this evening, and viewers couldn’t help but be distracted by Stephen Webb’s husband, Daniel Lustig’s appearance on the show.

As they watched Britain’s Got Talent, the couple were seen to be chatting on their sofa with Daniel sporting a very different look to the ones fans are used to.

Daniel had grown a moustache and fans were quick to take to Twitter to comment on the newly-grown facial hair.

One viewer remarked: “That moustache is a no-no #Gogglebox,” and a second tweeted: “Wtf does Steven’s husband look like #Gogglebox.”

Another said: “WTF is that on his top lip? #gogglebox,” and a fourth wrote: “Stevens husband!……tash!!! Nope #Gogglebox.”

“What’s with the new moustache?!?! #Gogglebox,” added a fifth puzzled viewer of the show.

Later on in the show, both Mary Killen and Jenny Newby broke down in tears as they watched Theresa May’s resignation speech.

Fan favourites Jenny Newby and Lee Riley were watching the speech when Jenny started to cry.

Viewers could then see Mary Killen and Giles Wood’s reaction to the Prime Minister’s resignation. 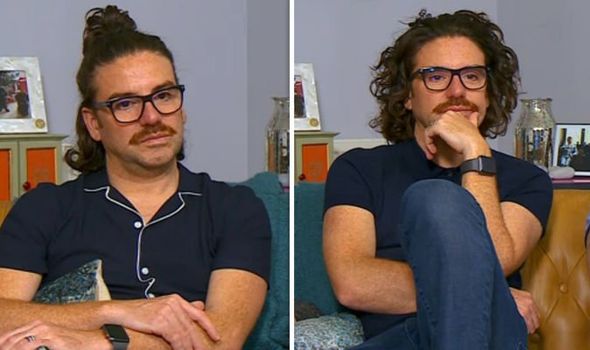 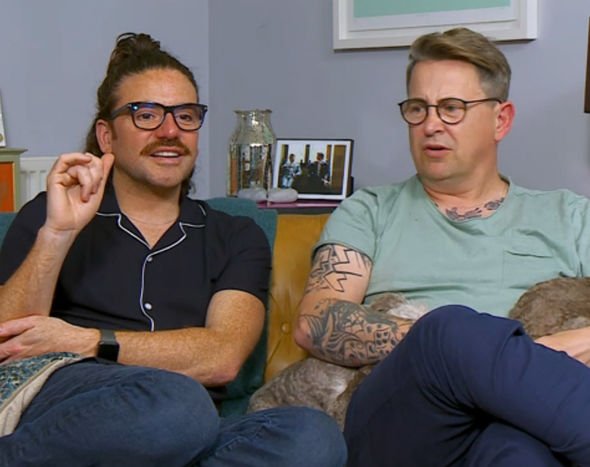 Similar to Jenny, Mary could also be seen breaking down in tears.

In one particular scene, fans saw the fan-favourite couple tuck in to their home grown produce.

As the pair brought out a glass of water with three radishes propped inside, they began arguing over how many they should eat.

Mary wanted to savour their crop but Giles couldn’t help but use the opportunity to playfully tease his wife. 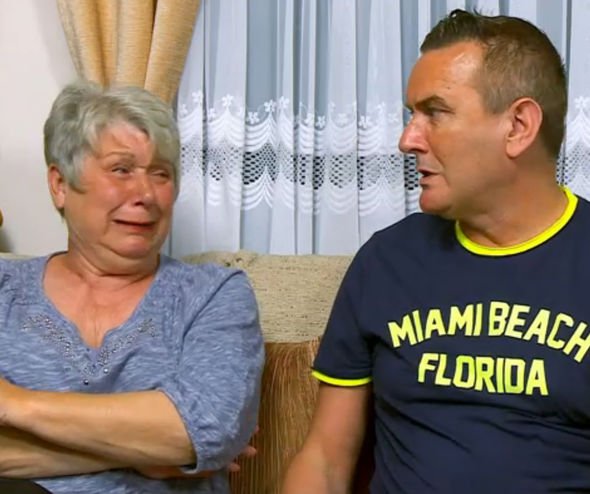 Handing his wife one and keeping one for himself Giles was snapped at by Mary: “No Giles. Grow up!”

After taking a bite, Giles remarked: “That’s got a real snap to it. You won’t get that snap from a bought radish Nutty. That snap is freshness.”

Having had enough of Giles fooling around, Mary took the radish out of his hand and took a bite out of his one before explaining that she was going to safe her one for later.

“This variety is called an Icicle. Can you tell me why please?” Giles asked and by this point Mary had lost her temper with him.

Raising her voice, Mary snapped: “Will you stop treating me as if I’m a child please!”